Ethic’s downfall will be caused by their pride and arrogance 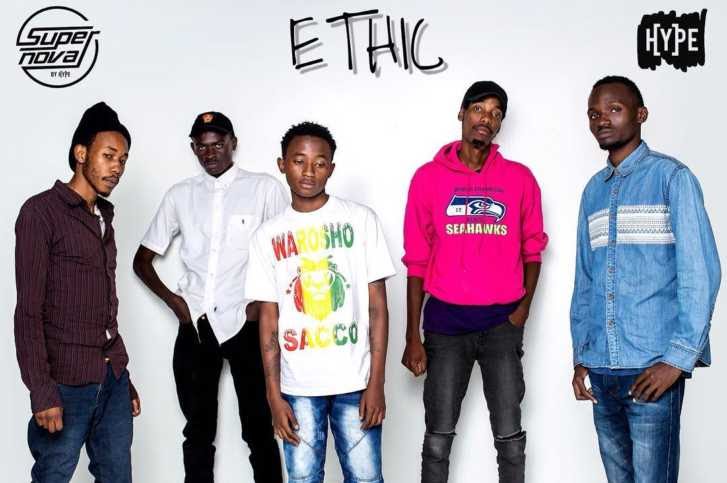 I was recently having a chat with an event organizer. As we were talking, it crossed my mind that I should ask him some of the difficult Kenyan musicians that he’s ever worked with while putting an event together.

He mentioned all the usual suspects. Yes, the very same people you are thinking of right now. However, one name really shocked me and it was Ethic. Naturally, I asked him why it is difficult to work with the Lamba Lolo hitmakers and he told me that they are too proud and arrogant.

“From getting them to agree that they will show up for the event, to the monetary demands they make before getting on stage. I’ve worked with them twice and both experiences weren’t good,” he said.

I didn’t ask more questions because Ethic’s demeanor is even visible to the public. And no, I am not disputing the fact that these young men are talented. I’ve always held the opinion that Kenya had never seen a hit like [email protected]’s Under 18 until Lamba Lolo was released.

It seems fame has gotten to the heads of Seska, Zilla, Rekles, Swat. You see, these young men were nobodies around this time last year. Lamba Lolo was released around May. However, the song started gaining traction after six weeks. Soon enough, it was playing on radio, matatus and in major clubs.

Ethic members had not forseen the kind of success and fame that would come their way. This explains why they shot Lamba Lolo’s video using their mobile phones. They didn’t put too much thought into it, afterall they were just having fun.

The song became a hit. Some deejays even dared to play it on TV, albeit cheekily. People started stopping Ethic members along the streets to say hi, asking for photos with them, their numbers on social media quadrupled within a short time, they started getting gigs at local clubs in Eastlands.

Soon enough, they were getting bigger performance gigs. A chap called Mwakiltele Kitawi, alias Teleh Mani, approached them around this time and asked them if he could manage them. He discovered that they were not even a group, so he asked them to become a group (sic) for a year and if it didn’t work, everyone would go their own way.

Things were good at first. This made Teleh to invest more of his money towards pushing these talented singers. He was running their diary, paying their cab fares, dressing them up, even bailing them out when they got arrested for fighting at clubs. He even then got them a gig with Mr. Eazi and organized a collabo between them and The Kansoul.

A few weeks down the line, Ethic members allegedly confronted Teleh for ‘taxing’ their money. It seems they did not understand how an arist is managed and how the person who’s managing them puts bread on his table. They had been used to a system where they get money during a gig and split it backstage after the performance. Each person then does whatever he wants with his money.

What followed was a nasty fallout between the two parties. Teleh revealed that he was planning to sue them for breaching their agreement, further accusing them of being difficult. He even took over thier YouTube channel and pulled down Lamba Lolo and Position for some days.

While ethic inisists that they had no formal agreement, from the chronology of events you can see that they are difficult to work with.

A few days ago, Ethic was dropped from the line up of a big gig that will go down on April 27 and 28. They would have shared the stage with the likes of Naiboi, Khaligraph Jones and The Kansoul but I guess their pride got in the way again.

When they learnt that were no longer part of the gig, the commented on the post saying “Fikeni bei.” Coincidentally, Hype Ent, the company behind the event, is partly owned by their former manager Teleh.

It’s hard to go far with this kind of pride and arrogance. People like Jua Cali and Nameless are only relevant today because they have been humble throughout their careers. They didn’t let the fame into their heads. Maybe, just maybe, Ethic should borrow a leaf from these two music legends and get their act right.