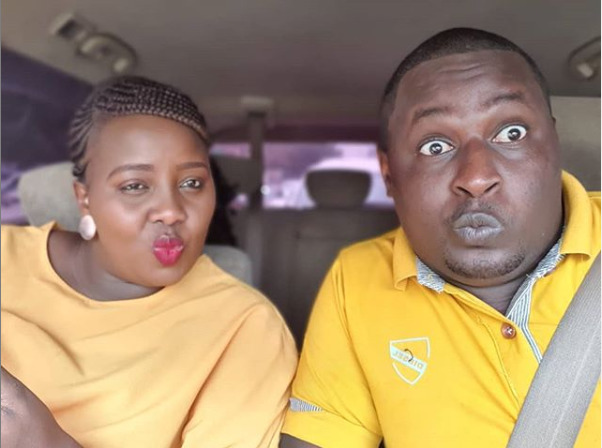 Power couple, Terence Creative and his producer wife, Milly Chebet have been married for more than 2 years now but their marriage is on the rocks.

In 2017, the two had their traditional wedding done and roughly two years down the line, eagerly welcomed their newborn.

Unfortunately, 5 months later, mum and dad are in pretty not good terms.

Barely 10 days ago, Milly and Terence aired their dirty linen in public concerning a marriage that might be hitting rock bottom if not already so.

It was a war of words between the duo as Milly splashed social media with comments on Terence’s misconduct airing:

God I need strength for two, mine and Mila (daughter) before I lose it. Your apology needs to be as loud as your disrespect was. 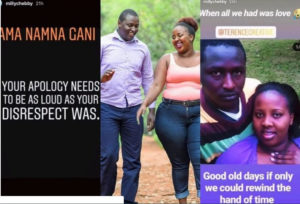 But she later aborted her mission.

In a series of posts that were later pulled down, the KTN producer shared a photo of the good old days with her then boyfriend, Terence Creative.

And at the end, we have a crying emoji. This ignited the curiosity in fans who all they hoped for, was good news and nothing like a split between the two love birds.

But Milly then responded:

We are fine imagine ignore the rumors. If you did not hear it from us then it’s a rumor, keep loving us.

Funny enough, Milly went ahead to unfollow her hubby on Instagram but Terence was still following her.

The news-wave of a rocky marriage between the two is still doing the rounds but getting way messier.

Blessed to have you my King @terencecreative

So now, fresh allegations are that Terence Creative cheated on his wife, Milly with a young lady identified as Anita Sonia.

Claims that have been fueled by popular YouTuber, Edgar Obare who received backlash from the couple, for apparently spreading fake rumors.

Unfortunately, Edgar has evidence to accompany his claims and has come out public about it.

Through his You Tube channel ‘BNN’ in a video he shared late last week, Edgar affirms that he has been bashed by the couple for ‘fake news’ but he has evidence to accompany it all.

Right from the intimate videos between Terence and his ‘girl’ Anita to threats from Milly directed at Anita. 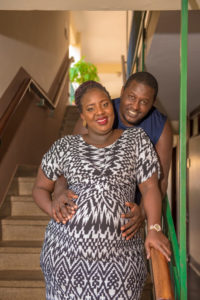 The entire drama started around 8th September 2019 when Terence was in the Coast region for the Churchill Show.

Terence was in the company of whom Terence allegedly cheated with. 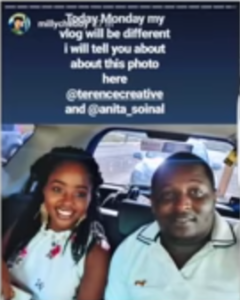 Apparently, word got to Milly in one way or another and she publicly bashed the two via social media but in cryptic posts, forwarded by her friends.

All these were later brought down possibly after Terence intervened. 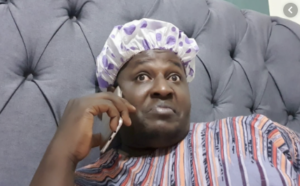 With the current age and time, technology somehow has a way of spreading info once it is already up and one can only get rid of information to a certain extent.