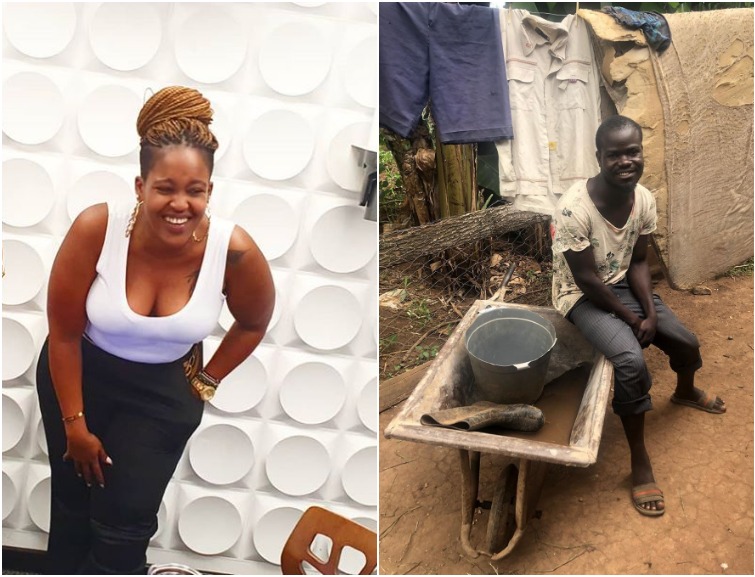 Funny man Mulamwah and Kamene Goro have always had bad blood; and the unfortunate part is that we have no idea as to why they insist on hating each other.

Well, their beef started off immediately after Mulamwah decided to ‘quit’ comedy following hurtful comments from bullies on social media. While everyone else pitied Mulamwah, Kamene Goro on the other hand decided to clap back; exposing Mulamwah as the biggest bully.

Since then, the two no longer see eye to eye; and once again they are back at it. Earlier this morning, Kamene Goro went on to weigh on the public breakup between Mulamwah; and girlfriend, Sonnie – which was a bad move. The presenter said;

Mulamwah knows personally that I don’t like him and I told him to his face. I did not go on social media to say it, na nilimwambia usiwahi jaribu kunikaribia tena. But I don’t feel what he has done to this chick is right, because there is no way she can win this battle. Public breakup is messy, but there is no need for her to be thrown under the bus for you to get pity points Mulamwah…maybe it me who is being unreasonable ebu talk to me…but honestly Mulamwah you did not need to do this to Sonie. Na kama unampenda it not need to have gone this way.

However, Mulamwah did not feel so impressed with Kamene giving opinions on how he should have handled the situation. Through his IG story, Mulamwah went on to say; 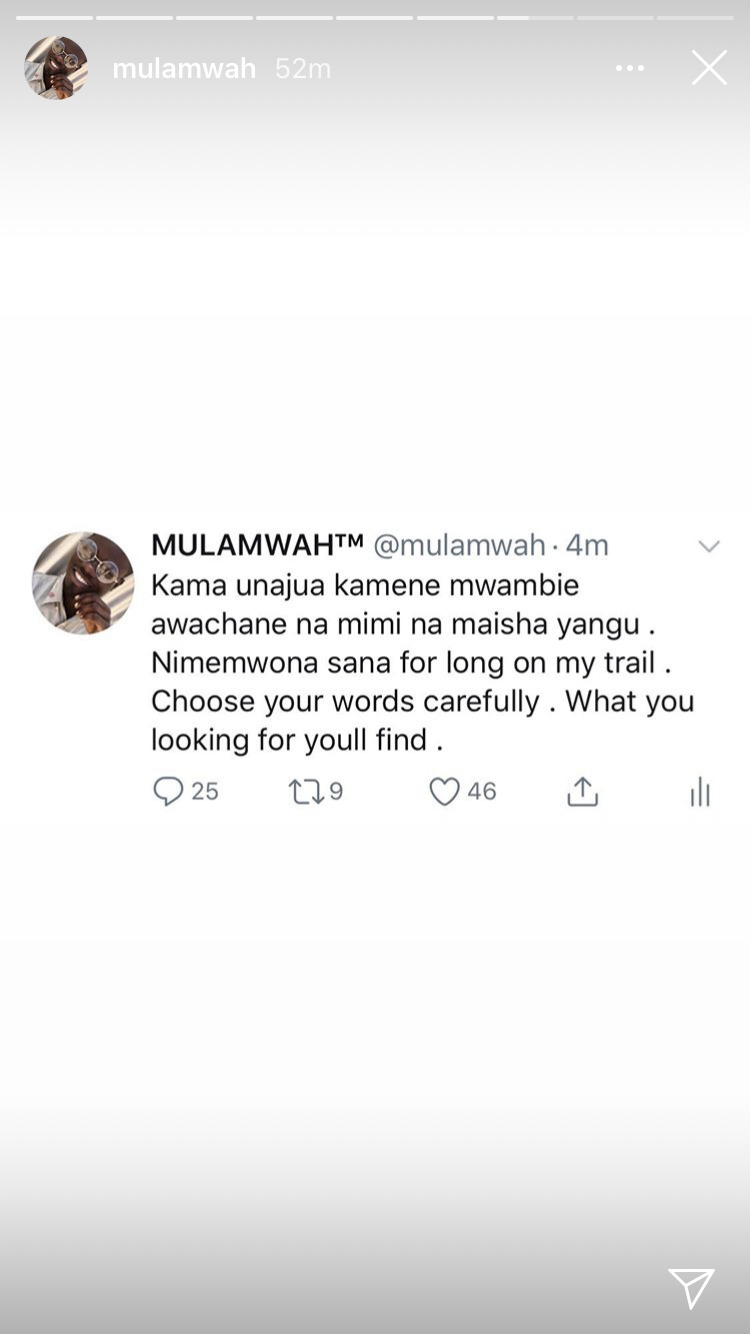 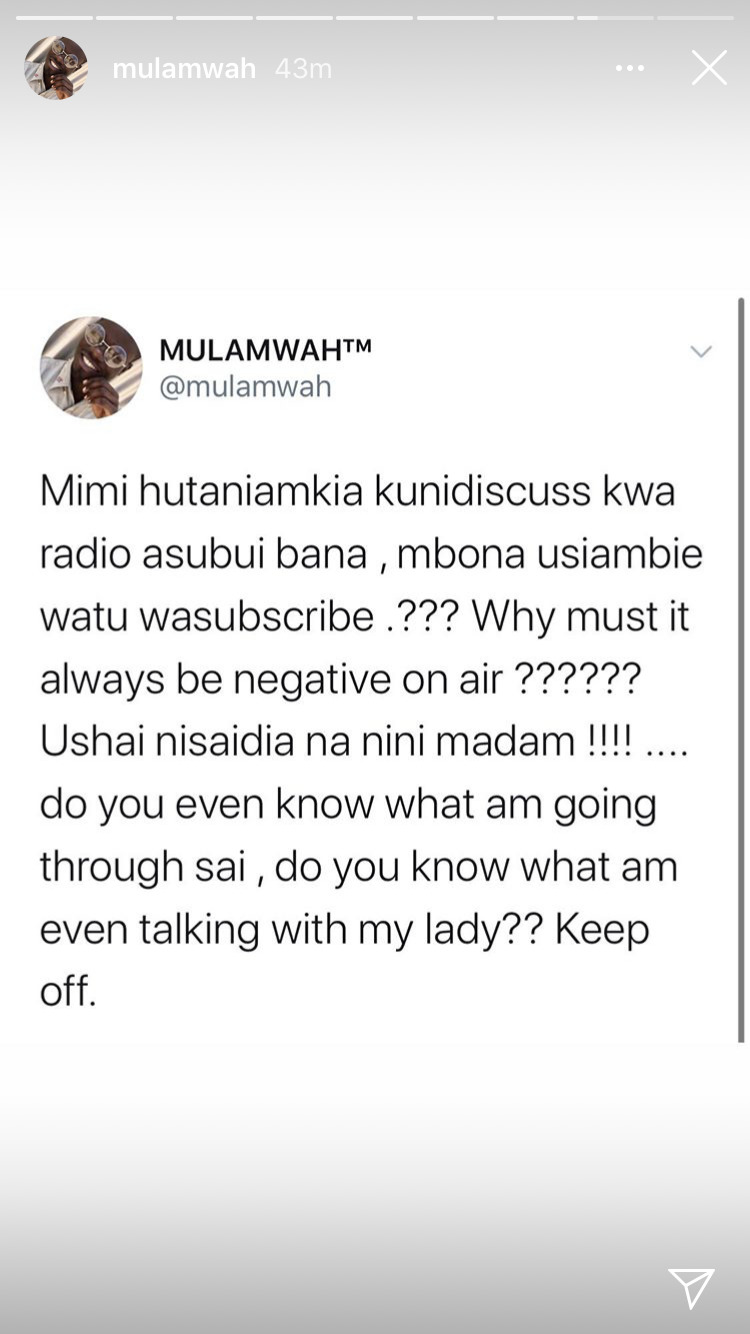 And in conclusion, he went on to add; 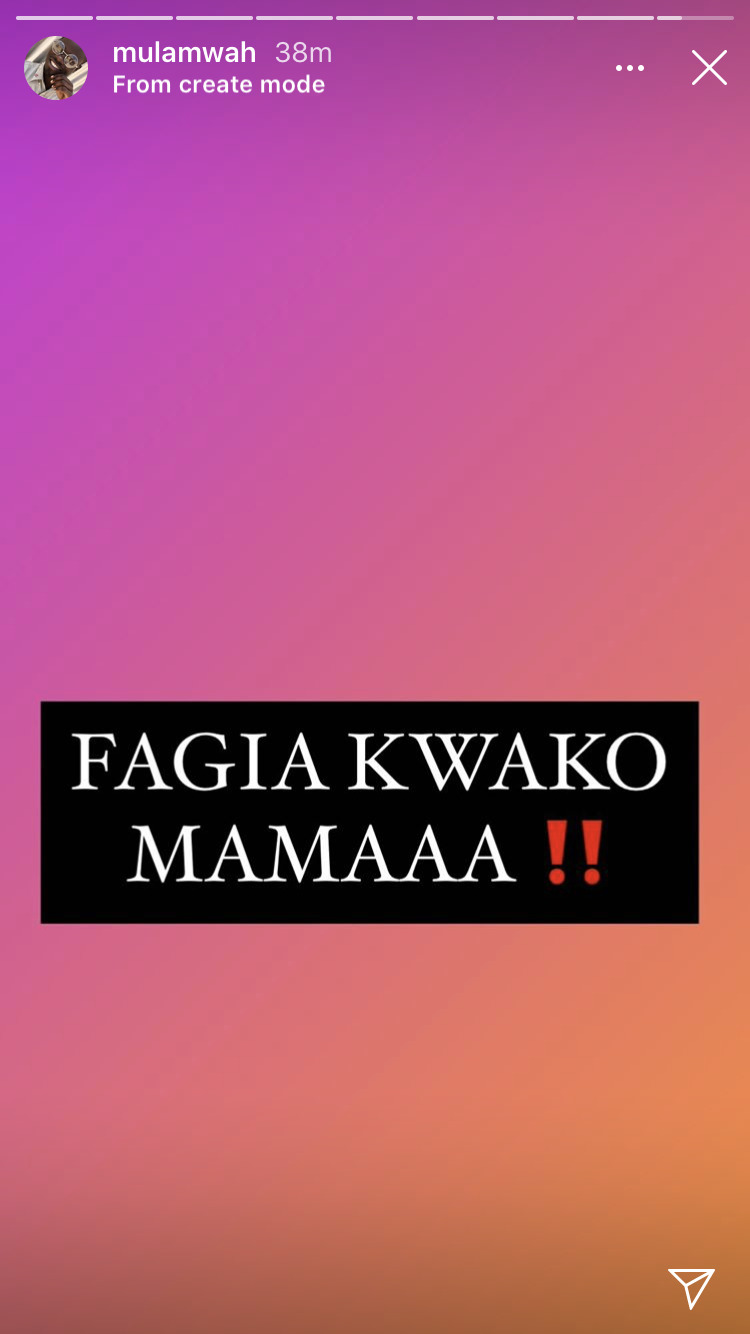