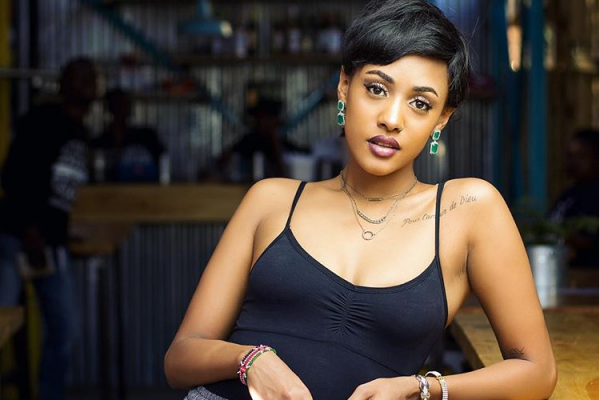 Diamond Platinumz´ Kenyan lover, Tanasha Donna gets it rough after being trolled for living a fake lifestyle.

With all humility, the beauty queen takes to social media to prove someone wrong before she realizes she might have stepped on the wrong toes.

Seemingly trying to prove a point against Diamond´s exes, the likes of Zari Hassan, she strongly articulates:

I was born to be authentic and REAL.

Not to fake perfection and certain lifestyles to prove a point.

I was born to be authentic and REAL. Not to fake perfection and certain lifestyles to prove a point. Have a blessed day ya'l. #KANYAGA #Younganddestinedforgreatness #jumpsuitsotightitbeweighingmyboobsdown #miknowmistillapengting @prettylittlething

According to the radio personality, she is real and authentic to the very last regardless of who is in her life.

Recently, Diamond´s baby mama, Zari Hassan has been slammed for flaunting fake wealth and high-end lifestyle, one that Tanasha believes she is an exception of.

However, her caption might have been right but the photo tagging along was just a contrary.

Clad in a jumpsuit and a long extension that makes her look like a diva, is it real?

The commercial model has it rough after fans slam her for living and preaching a fake!

That’s right.., Fake nails too. You see what I’m talking about🤷‍♀️. Thank you very much Dear

It all requires money my dear with the little u hv atleast u managed to fake the hair and nails.

she thinks faking is easy, why is she faking Card B 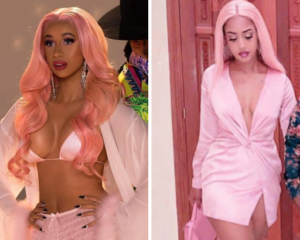 @tanashadonna has fake hair, fake nails and she turns around and say she doesn’t live fake life..all those designer bags Lui buttons and Guccis sold in Tz and Kenya are fake..so please lie to pple bout it..and if anyone is aunthentic can plagiarize other pple’s art like many musicians do. 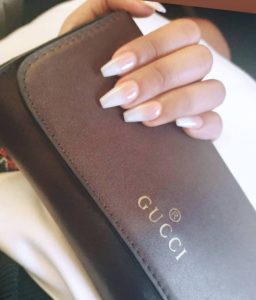 talk about hypocrisy, her captions should just be empty and not lie to us. We are done

@nohno_kayPlus wanting to be Cardi B and copying her style of dressing isn’t that fake? If she wants to be authentic then remove the fake nails, fake hair or don’t hold the fake Gucci and Lui Vitton or fake Rolex watch

Whats on your head if not FAKE HAIR….embrace the fakeness everyone has if not nails then hair if not that the personality

However, there are those who blatantly disagree with her:

But me am still team Zari The boss lady

And for those out to make a joke out of it: