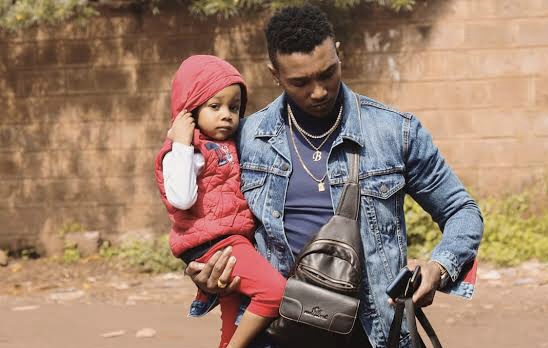 Okay okay we get it! Brown Mauzo doesn’t support his daughter Lareesa ever since she was born; but boy is ex wife, Fatma tripping with the dramatic posts she has been sharing on her daughter’s IG.

For third time now; Ms Fatma who is Brown Mauzo’s ex wife has exposed the guy for being a deadbeat dad; and now that he gets support from Vera Sidika ;  Fatma was hoping Brown could change his daughter’s life too.

However being a h*****r who’s looking out for himself aki vijana na wamama; seems like Brown Mauzo’s only focus is to spoil himself with vacations, good outfits; flashy hotels and music videos shoots that do so well. Karma?

Fatma back to troll Mauzo

Although it’s no secret that dealing with baby daddies can make you look crazy; this time around Fatma bile is just getting worse with the child support exposès done on her baby’s Instagram.

As seen on one of her latest post, Fatma calls out Mauzo for not supporting his kid as she wrote;

No Mauzo does not support…unless I write a paragraph I would get 1500. Some months. 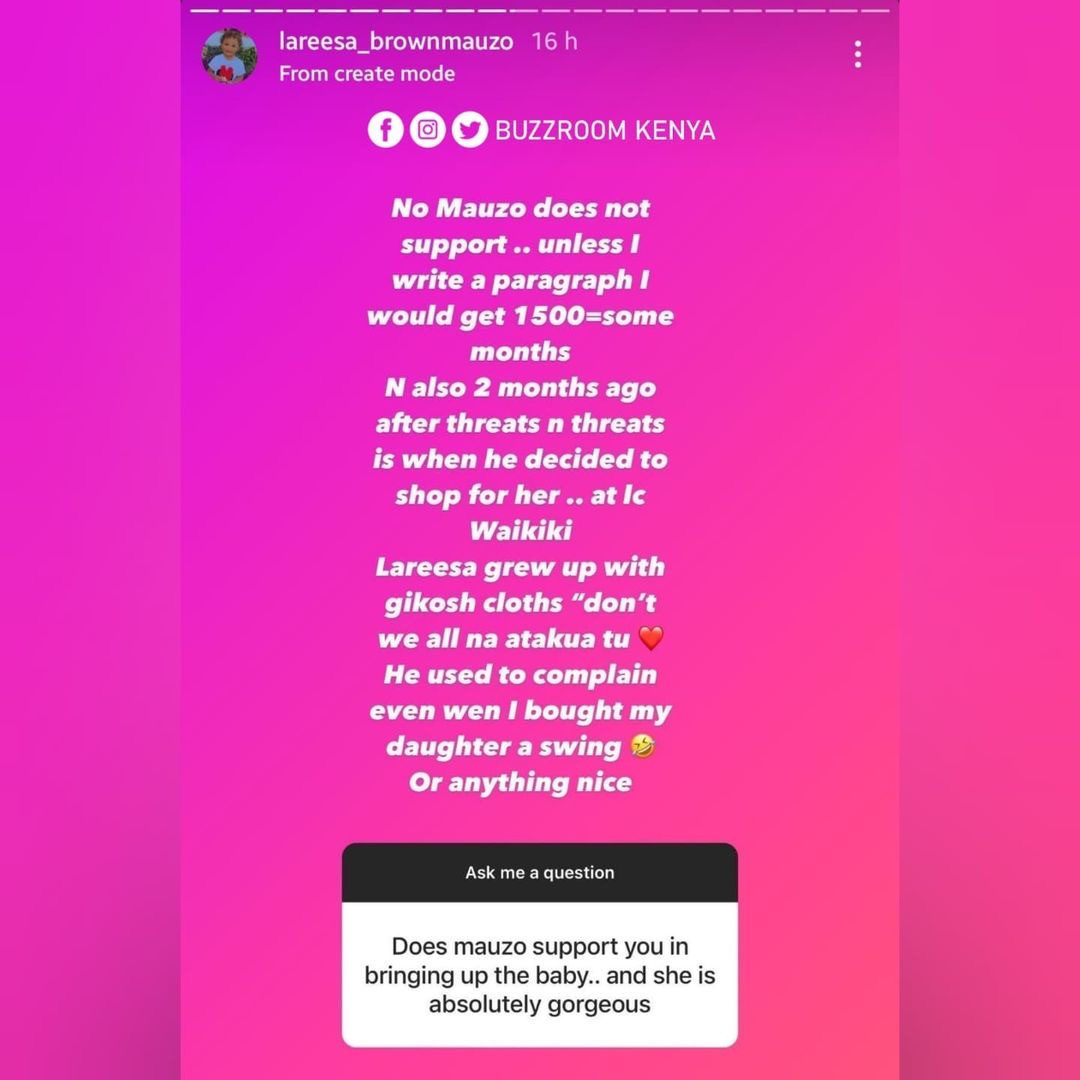 And in another post, Fatma contradicts herself  as she wrote;

Does she look like she needs support from him? 🤮 Just some affection. 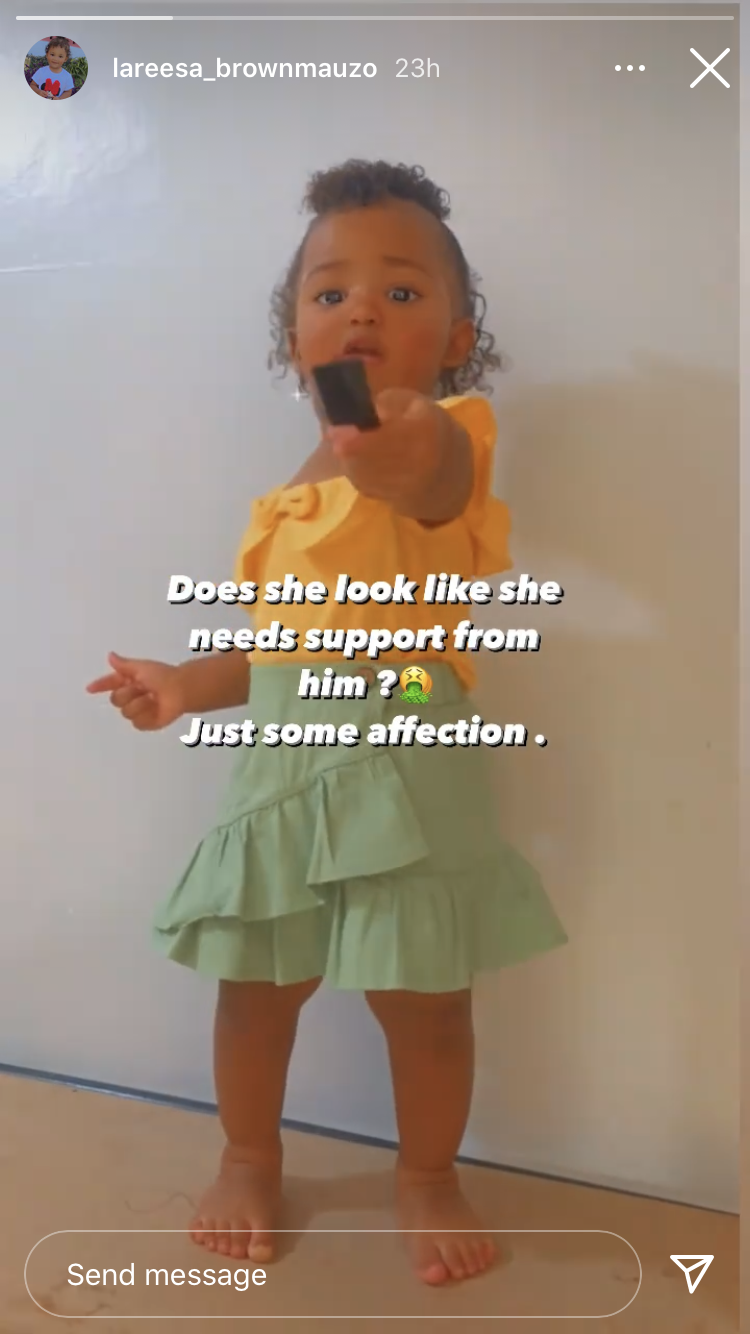 So help me understand, if the guy has proven that the only person he looks out for is himself; why the social media drama about child support?

But again, I bet these exposes are done after the two parents disagree on something about the baby. Si ni life?