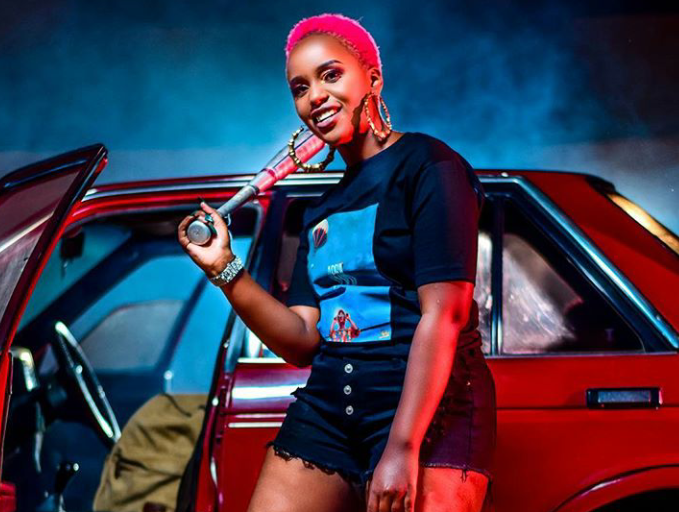 I have longed for the day when I could finally say that Kenya’s queen of rap Femi One is finally back. Ladies and gentlemen, that day is finally here! Femi One is back! You can tell that I’m excited as I write this, I’ll try and contain myself.

Allow me to jog your memories a bit. Do you remember how Femi One killed it on Pilau Njeri, Jah or the Ligi Soo (Remix)? These songs were released more than three years ago. This was when we could all agree that she was in her best element.

Somewhere along the way, she lost her mojo so much so that mediocre rappers such as Msupa S thought they could trade insults with her. Imagine the audacity! I digress.

And no, no one has said that Femi One has not released any song in the last three years. She actually had a couple of songs. However, most of her fans, including yours truly, felt that she was just releasing music for the sake of it and not what we had known her for.

After being lost for so many years, Femi One is back to her roots or rather given us a reason to believe that she is still the badesst female rapper in the region.

A few days ago, she released a brand new hit dubbed Hiyo One and we can’t get enough of it. Everything about her new song is on point.

From the punchlines to the wordplay, to the beat, to the beat that was made by Kevin Provoke. Nothing is amiss about this song. For the first time in a long time, I really felt like Femi had lived up to her name as the queen of Kenyan rap.

My favourite verse in this song has to be when she said “Fresh kama Tropical fresh Vs PK, I am so sick f*ck Hope kid DK,” I was literally on the floor when she dropped that line.

I listened to Hiyo One a couple of times while trying to understand the thought process behind it. I came to the conclusion that Femi One can never be dethroned. It’s never happening.

The video was directed by Ricky Bekko of Big Dreams Entertainment.

Watch Hiyo One below and tell us what you think.