Willy Paul may be getting older but his ways continue to remain the same. In the past the singer has been accused of having multiple partners; and at some point was rumored to be beating his girlfriends whenever they have a disagreement.

With such stories circulating on social media, Willy Paul then decided to change from making gospel music to secular. Even now that things are cooling off on his side; the singer has once again found himself in trouble after one of his fans exposed him on social media.

According to the 18 year lady, Willy Paul slid into her DM and for some reason demanded to meet her the same day. As seen on the several screenshots circulating online, the former gospel artist is seen using a forceful tone while asking the lass to meet up with him. 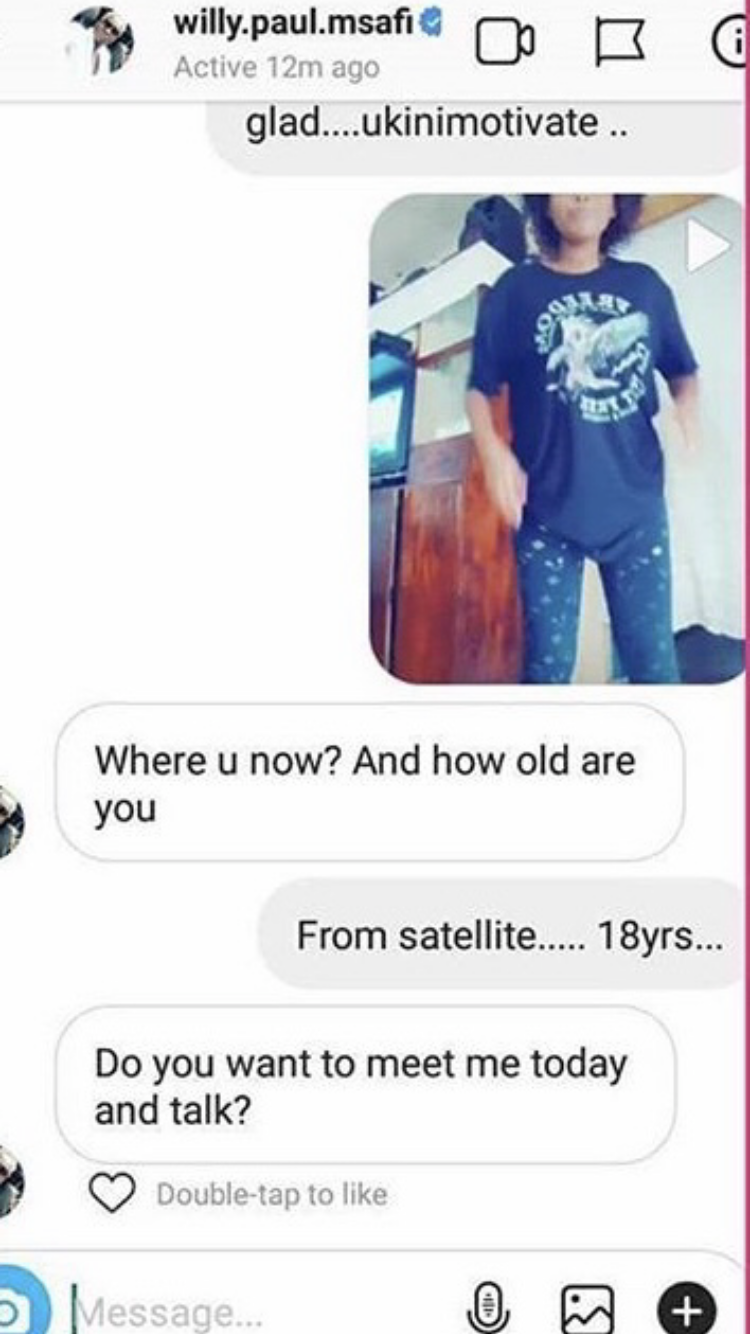 From the way Willy Paul is seen texting the young lady, it’s obvious to tell that he had other plans in his head; but since this particular lady was playing hard to get his anger became visible.

At some point he mentions that it is an honor for the young girl to meeting making it look like he was special being; and he lady should feel special for being the chosen one.

After realizing that his efforts were not about to lure her into his place; Willy Paul then went on to refer to her as an immature child who was not ready to explore. 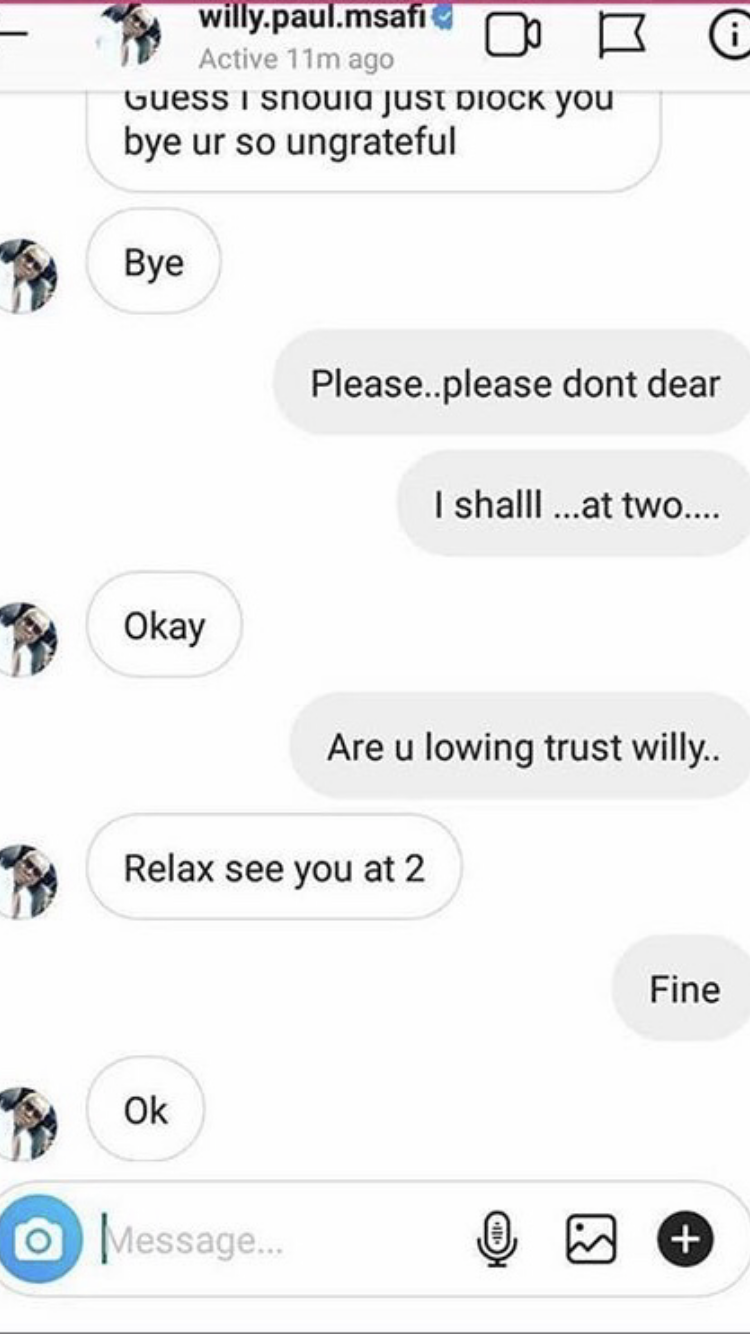 Well, with the ongoing lockdown due to the coronavirus seems that Willy Paul was ready to risk it all. However this is not a surprise since Pozee  has always been known for making such moves on IG ladies.

Rumor has it that he likes slender and light skinned women; and looking at the lady above seems like she fit perfectly as Willy’s match. 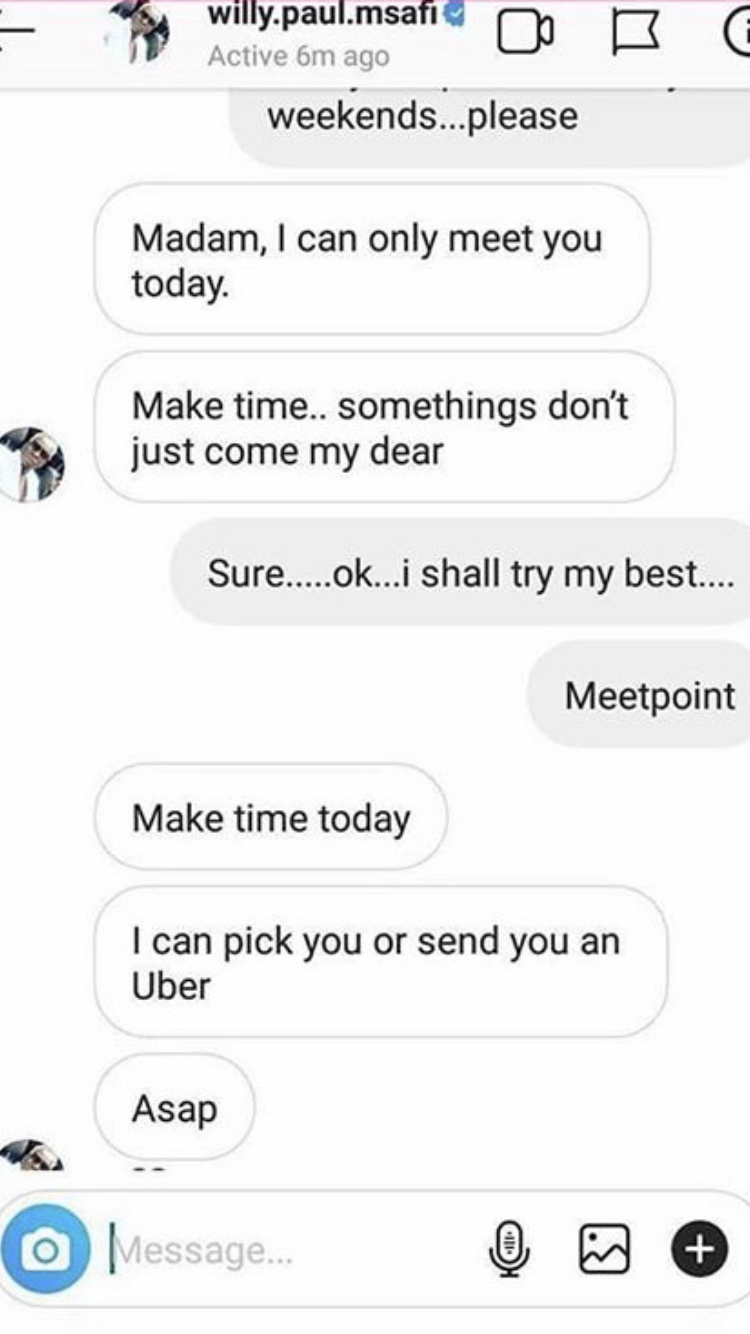