Flaqo’s bold message to haters, hours after getting back his YouTube channel 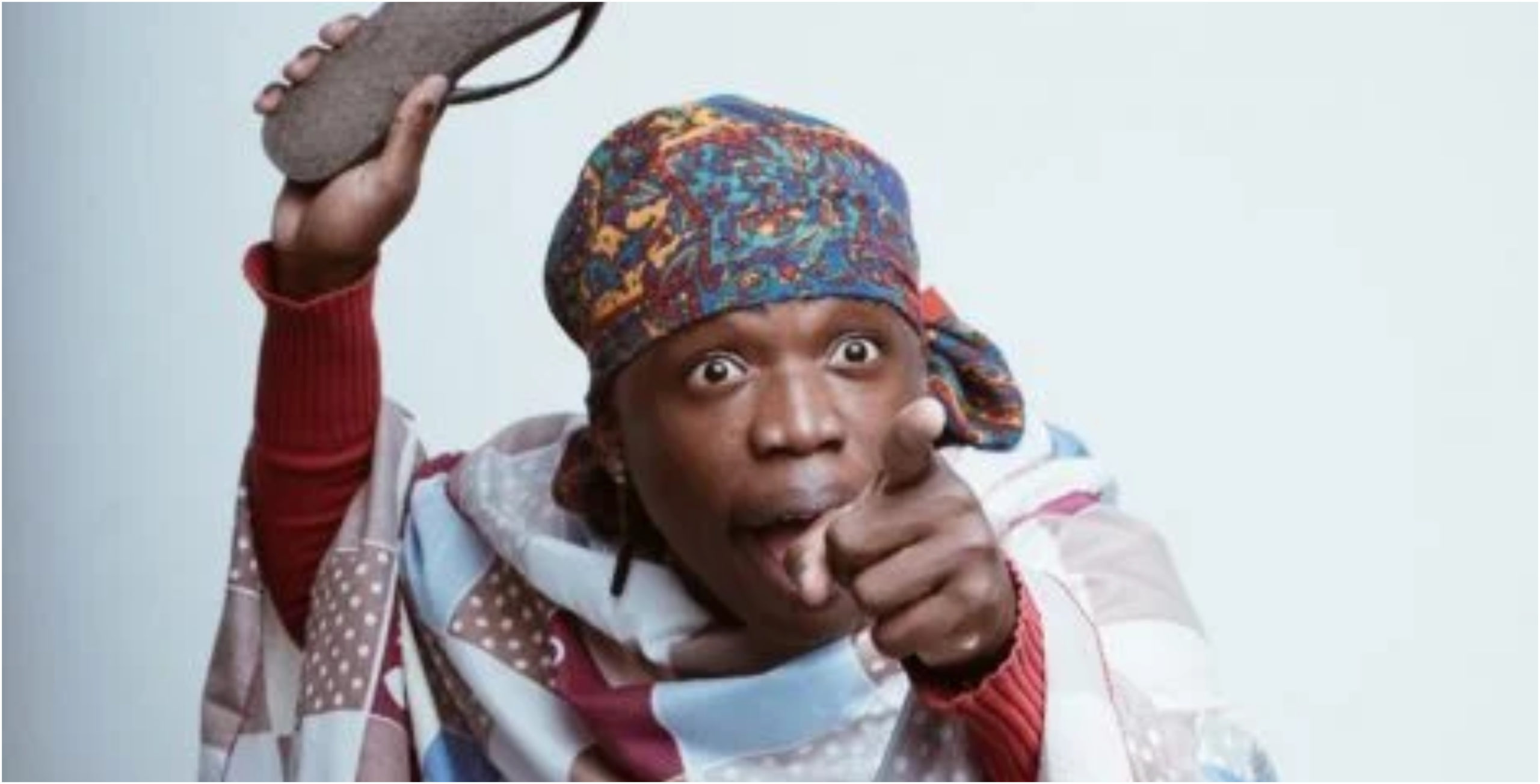 Popular Kenyan comedian Flaqo is smiling ear to ear after getting back his YouTube channel, nearly a month after it got pulled down.

Flaqo, known for his characters; Mama Otis, Baba Otis and Otis among others, lost his YouTube channel mid-October 2020 over alleged copyright claims.

At the time, the highly sought-after comic had just been awarded his silver plaque after bagging well over 100k subscribers on the online platform. 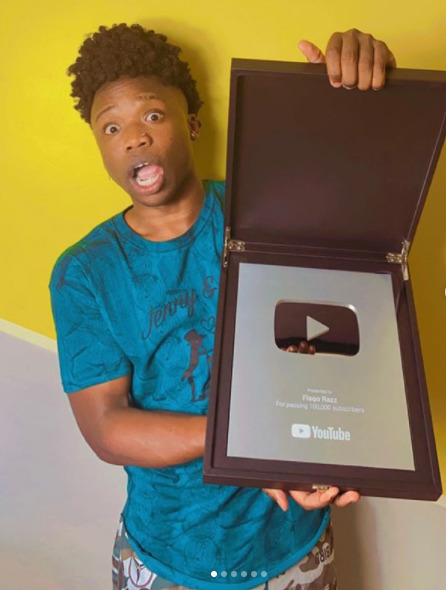 Speaking on the same, the Internet sensation revealed he had worked so hard to get to where he is, and this was utter disrespect to him, for whoever was behind the incident.

This came at a time he was just about to launch his own show on the platform, reading malice behind the whole saga.

But warned those responsible that he shall not quit nor give up on his sweat. 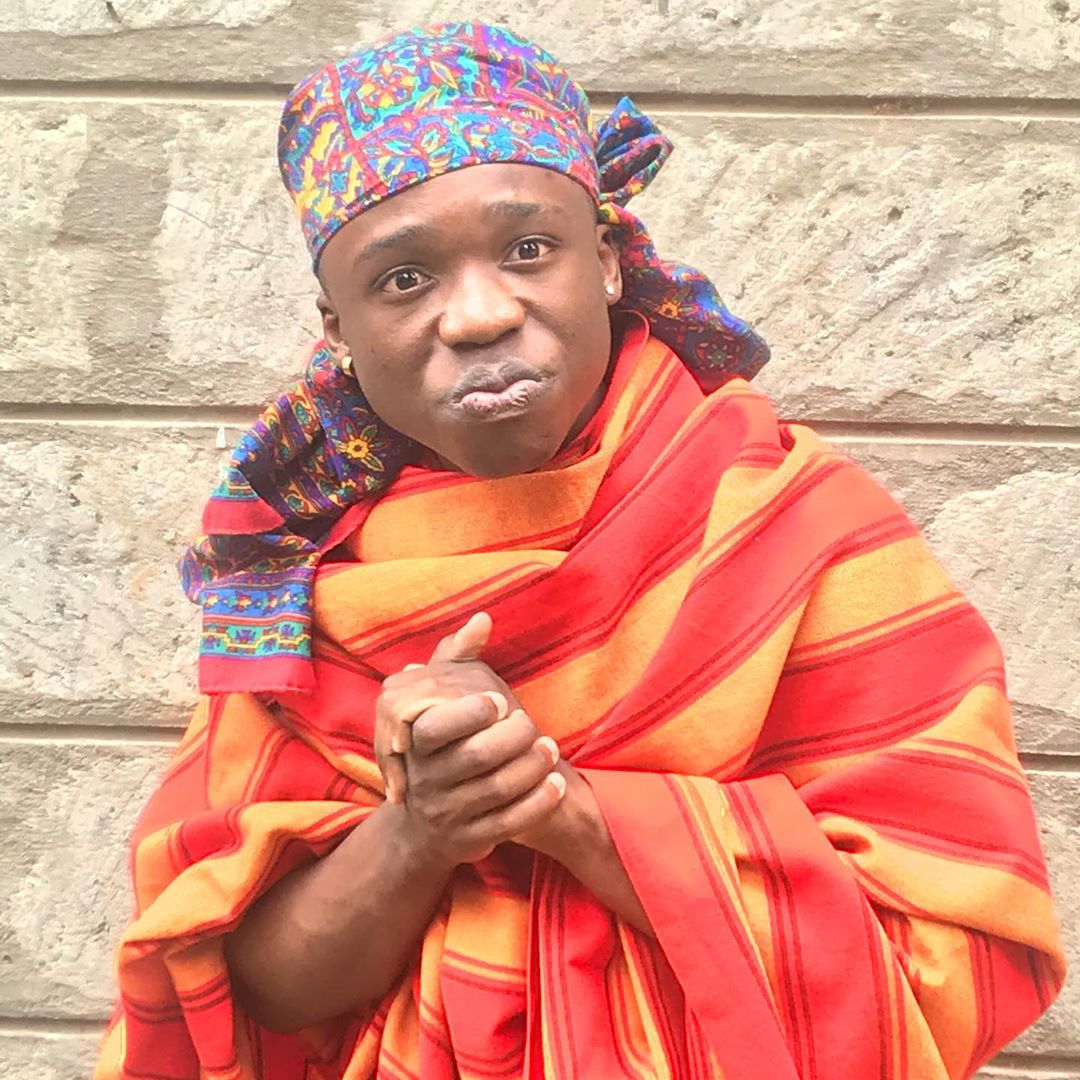 “We’d like to inform you that your channel Flaqo Raz has been terminated because we concluded that it was linked to a channel that was disabled for having three of more copyright strikes,” read the message from the platform, addressed to him.

Well, he can now smile all the way to the bank now, after getting back his channel, currently standing at 230k+ subscribers.

The young, funny man told off those targeting his downfall while attesting his success to God’s doing, declaring he shall not fall. 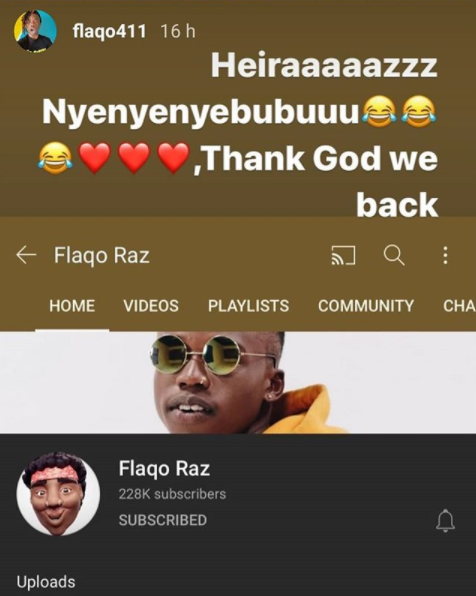 His die-hard fans could not contain their excitement, cheering on the young celebrity.