Gwaash, Ex Ray, B9 and Tycoon Tata have come together on a new jam dubbed ‘Waria’ and it’s too lit (Video) 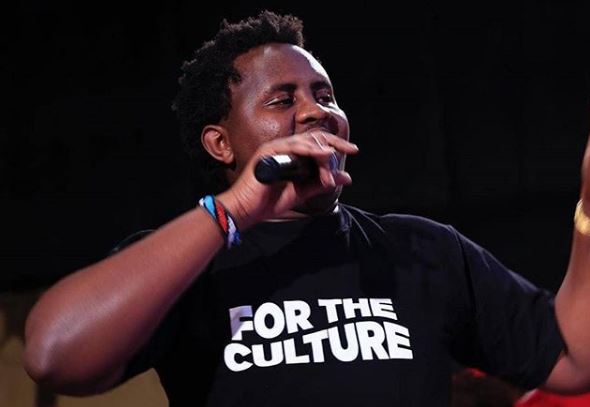 Fatboy Gwaash, who is arguably one of the biggest new-age artists, has released a new song with Tycoon Tata B9 and Ex Ray and it’s a big tune.

The jam dubbed Waria has been getting massive airplay on local radio and TV stations since the four talented artists dropped it a few days ago.

To be honest, this song is a work of art. Why, you ask? Well, it’s because Fatboy Gwaash, Ex Ray, B9 and Tycoon Tata have very unique approaches to music yet they somehow managed to blend so well in one track.

The flow on this jam is really sick. I don’t know why but I was listening to it, my mind drifted back to the early 2000’s when such music was the order of the day.

As you would expect both Ex Ray and Fatboy Gwaash had some tight punchlines on this song, their rhymes were also dope.

However, what amazed me was Tycoon Tata and B9’s flow. You guy! I don’t know who it is but one of them had a line that goes like, “Niko jaba na ye sio kahaba, lakini kuni nanapenda bila rubber.” You can’t make this stuff up!

The beat, which was produced by the one and only Dadyro, was also commendable. It is very catchy and you will find yourself busting moves to it before you know it.

Listen to Waria below and tell us what you think.