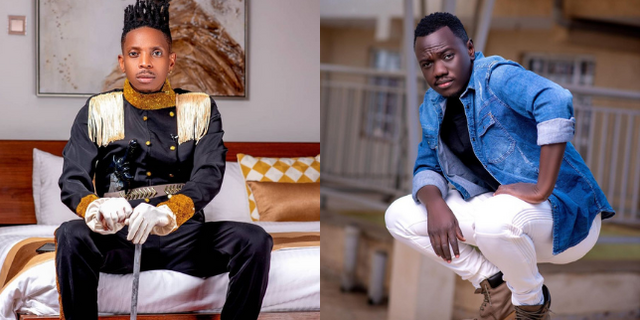 Comedian Eric Omondi’s popular Wife Material show Season 3 is set to premier on 19th of this month. The comedian made the announcement 2 days ago, connoting that new season of the show would involve 5 countries; Ethiopia, Nigeria, Rwanda, South Sudan, Kenya.

Eric Omondi’s season 2 of the show flopped as a result of legal controversies. Additionally, Eric claims that he bought his recent Karen house because of his seriousness in settling down this time.

It’s hard to believe the funnyman since he had staged season 1 of the show. He however, reiterated that he would be serious this time.

On the flipside, his counterpart Eddie Butita has been having a tumultuous relationship with him over the show. They’ve been at loggerheads since the start of season 2. And his services are proving to be essential to Eric, who has complained that he is not picking up his calls.

He took to Instagram to express his tirade with Butita as he wrote;

‘This is the problem with our Industry @eddiebutita is not only a very good friend of mine but I consider him my bro. But sasa akianza kusema ati I talk to his team na achukui simu zangu. Why would you send me to your manager and yet we can talk and do business😥😥🤦‍♂️🤦‍♂️🤦‍♂️…Sisi hatuna shida ya Pesa we are only calling upon you to offer your Professional services ama juu ya Netflix sasa umeingiwa na Kiburi😥😥Shika simu yangu bro. The Show begins next week Tuesday and we need you. You’ve asked for 35,000 USD which is roughly 3.5 MILLION and we are willing to pay even more. ”