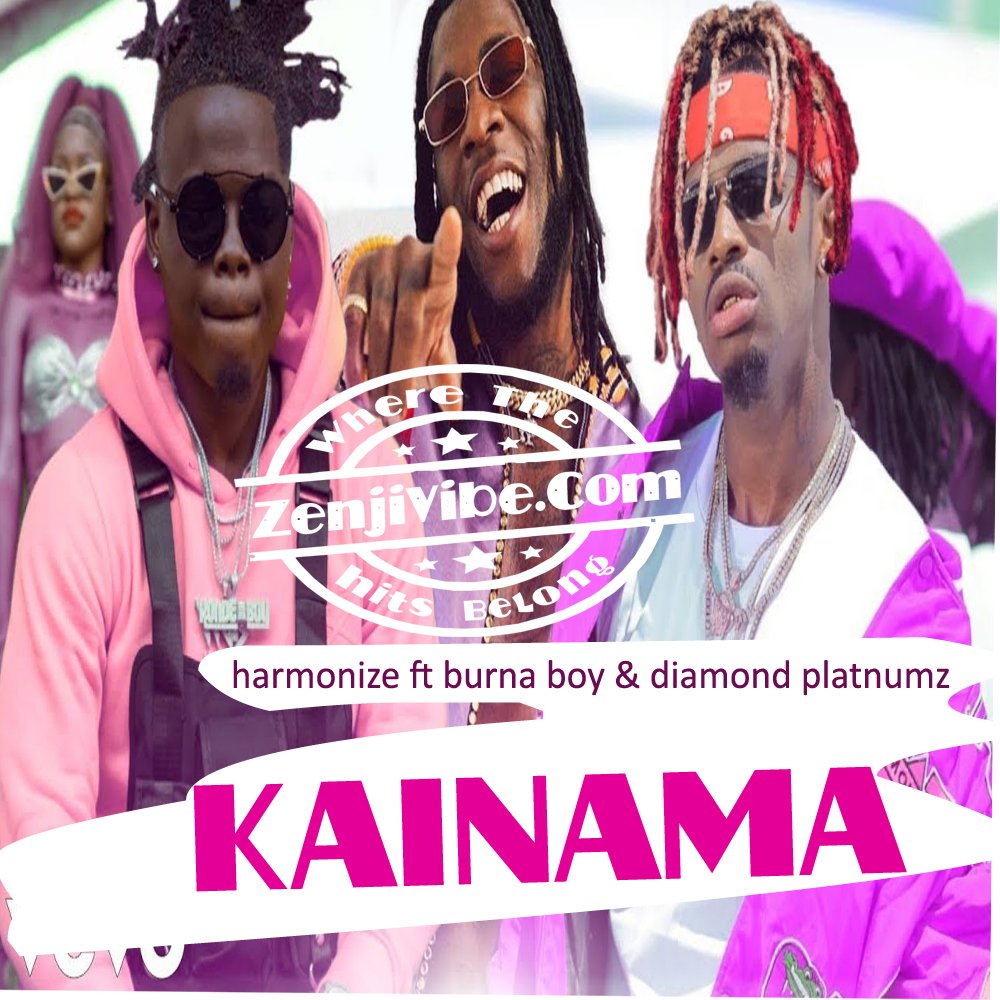 Kainama is a collaboration by Harmonize, Burna Boy and Diamond. Simply ‘Kainama’ means bending over. The song was produced by Mix Master Garzy. It is interesting and fun to sing along and dance to the beats. Through repetition the title ‘Kainama is well delivered.

‘You de make me sit down sing this song (Lala lala)
You come to make me feel like i do you wrong(Jaga Jaga)
If you want am a go give you more(Jana Jana)
Today today, You go give me love (Sawa sawa)
Eeeh Eeeh ‘ the first vesre in the song, to me it is so simple making it easy for any person to understand. The voice behind it is so strong and amazing bringing out the Burna Boy we all know.

Harmonize and Diamond Platnumz represent East Africa’s own Wasafi Records and they have managed to grow their popularity and influence all over Africa.

I like the words from the bridge; ‘She de burst my mind, Ooooh Ooooh
Nobody sexy like my baby’ , they show how the lady is valued. Harmonize describes her as a person who makes his mind go crazy and goes on to tell how beautiful she is.

During production of the song, there were several instances that didn’t go well and this taints the name of the big brand. For instance, when a video vixen was trying to open her umbrella and it failed but she still went ahead as the song continued. Did the producer see that? Also, when the same lady dancing behind Harmonize flips her head backwards and her wig was flying and in a swift move she goes ahead to try and get it before it falls on the floor.

Although errors occurred the song was well delivered through the beats, dance and the clear lyrics. Diamond performed well on his part of the song and thus redeeming the song what transpired in the video. For this song i give it a rating of 9/10 rating.

Small but dangerous! 7 times Azziad has stepped out looking hotter than most of your girlfriends (Photos)

“If you promote a man who is not ready to be a husband, then you have to struggle” Lilian Muli advice to Singles