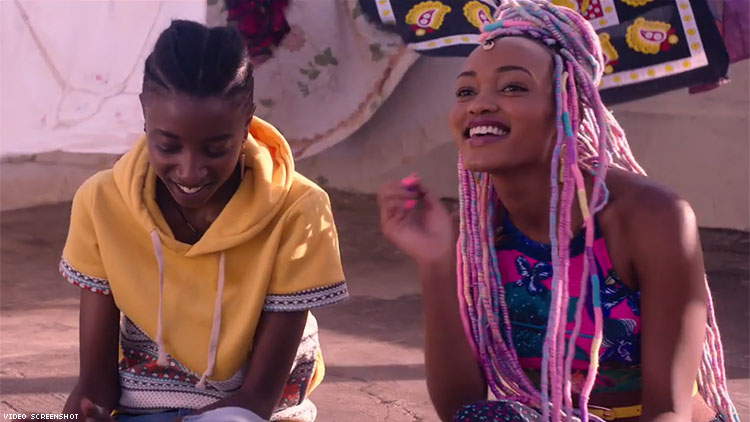 Dr Ezekiel Mutua breathed a sigh of relief after ban on the screening of acclaimed ‘Rafiki’ film was upheld by the High court of Kenya on the 29th of April.

Since its release ‘Rafiki’ which promotes and advocates for gay rights, was considered unethical for the Kenyan audience by leaders as well as citizens.

This saw it warrant legal measures with KFCB boss, Dr Ezekiel at the forefront to ensure its ban from airing on our local broadcasting stations. 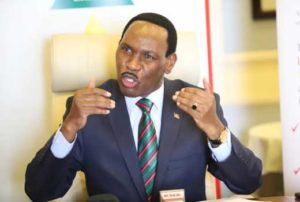 Seems his prayers have been answered.

“Freedom of expression is not absolute but subject to limitations under Article 24, and the discretion of the Kenya Film Classification Board to restrict @rafikimovie is constitutional, ” Hon. Justice J.A. Makau. @InfoKfcb @TheStarKenya #RafikiMovieJudgement 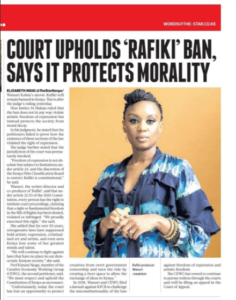 Standing his ground, the board chairman articulated:

You want to do gay films? Go to countries that have legalized the practice. Gay films are not a human rights issue.

Further condemning the film for introducing a practice in the country that Kenyan space actually despises.

It’s an attempt to normalize a practice the larger Kenyan society abhors. This we shall resist with the full force of the law! #rafikimoviejudgement 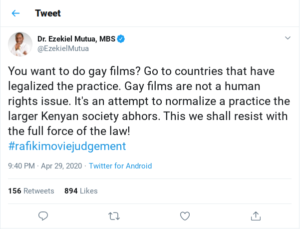 Directed by Wanuri Kahiu, the film talks of a gorgeous romance between two teenage girls falling in love in Nairobi.

‘Rafiki’ is a major success outside of Kenya, being the first Kenyan movie to premiere at the Cannes Film Festival in France. 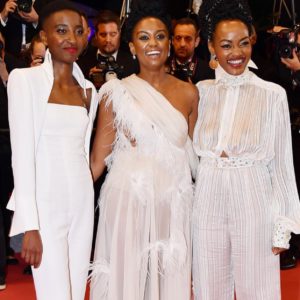 It is an 83-minute film incorporating English, Swahili and Sheng tongues.

Check out varied reactions from Kenyans below: 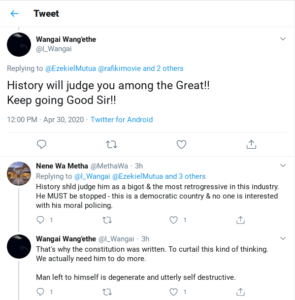 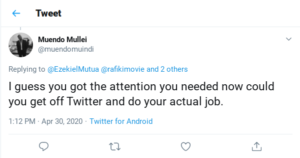 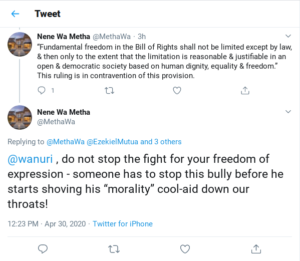 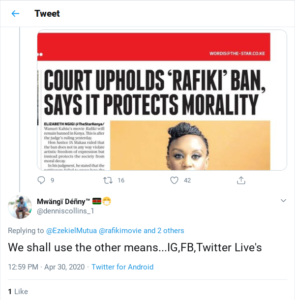 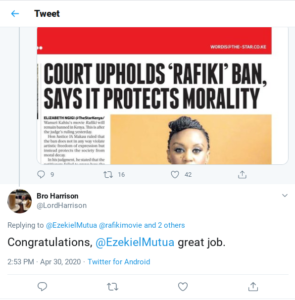 The ban uphold has been considered a major blow to freedom of expression and love.