How it all went down! Konshens’ raunchy performance that left jaws dropped [videos] 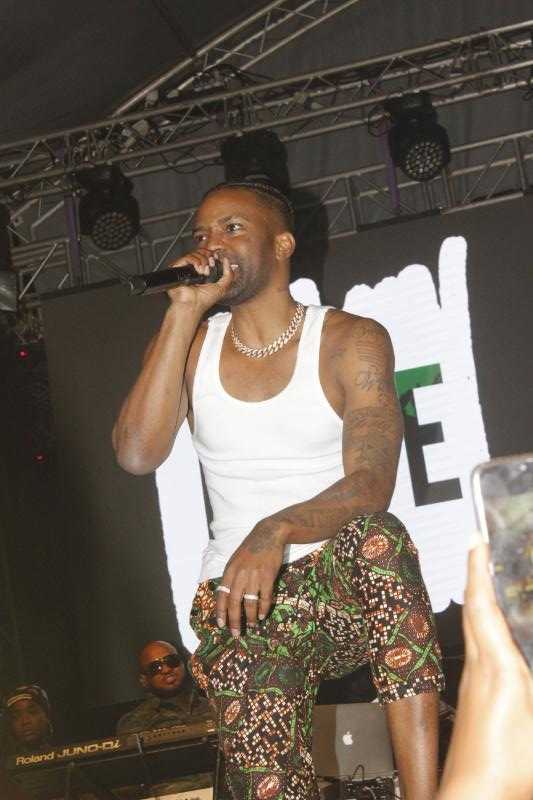 Saturday evening, the 7th of September 2019 Jamaican King Konshens’ much anticipated concert went down at the Ngong Racecourse, but it was like no other.

The much-awaited Jamaican sensation finally gave into Kenyan fans’ demands and decided to stage a world-class performance once more before the year cuts off. 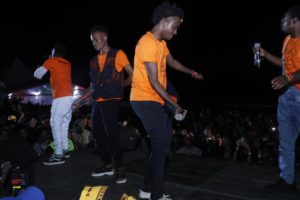 Ethic came in as the last local act before the ‘Bruk-Off’ hitmaker took stage at around 2 AM.

Well, being a heartthrob among the ladies, not just for his looks but his music too, we all expected him to stage a raunchy performance and he sure nailed it! 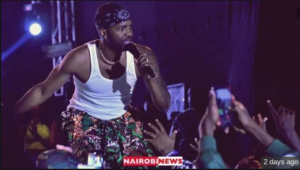 Probably the raunchiest performance ever staged in Kenya, in recent times. A performance whose higher audience percentage were youths in their mid-20s. 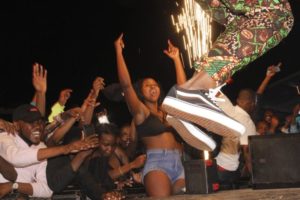 Fans cheering on the ‘Gal a bubble’ hitmaker

The smoke clouded the surrounding wave of air that hung up in the night for a better part of the show. That’s not it. Alcohol was pretty affordable and no one was left out.

The raunchiness was topped up with acts of the night taking stage in skimpy outfits and semi-nude female dancers twerking to the tunes. 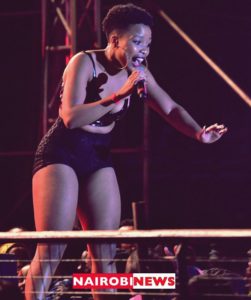 What stood out most is when Konshens’ dancer took stage and showcased her mastered art in twerking, leaving Kenyans thrilled.

One thing grew into another. So the dancer prompted Kenyan dancers to flaunt their moves too, that left the crowd speechless. 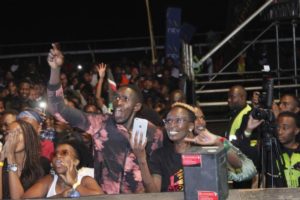 A night that witnessed a rowdy crowd but one that left there, ribs cracking and hearts filled with love.