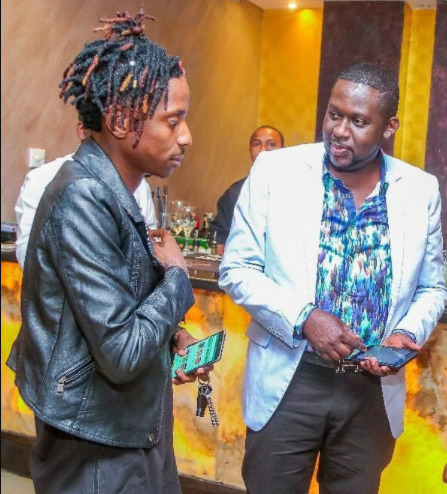 We all have our pasts, ones that tested our patience but still saw us break through.

Now crowned the President of Comedy in Africa, Eric Omondi did not sprout to fame with a day’s work.

Recalling his early days, still green in the field of comedy, the funny man narrated how Godfather of comedy, Churchill discovered the talent in him but with much hustle. 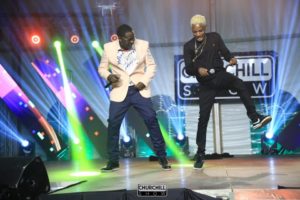 The two crossed paths in Daystar University, where Eric was hosting an event and Churchill was the guest of honor.

Since then, Eric’s life took a different turn. He shared his journey during Churchill Show’s Sunday episode.

I met Churchill in Daystar while I was hosting an event in which he was the guest of honor…He saw me, gave me a chance and the rest as the say is History… 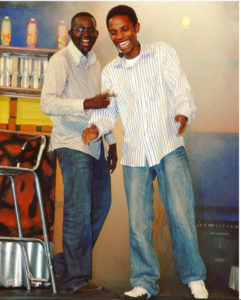 I was the emcee of the event and you (Churchill) took my number na ukaninyima yako. Ukasema ‘nitakupigia’ and you did after two years.

Despite the long wait, the day shone a bright light on his path and since then, Eric Omondi got nurtured in the arms of Mwalimu Churchill boasting today, as an International brand.

One of my best shows was the third one after Barack Obama won the US elections in 2008. I made a short clip of him and his family and also mimicking marathoner, Jelimo. After 2007 post-election skirmishes, 2008 was a great year that no Kenyan will ever forget. 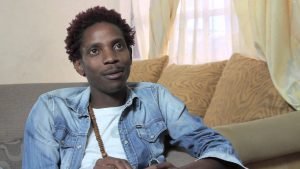 For Eric Omondi, comedy was always his dream.

The 42-year old funny man celebrates the day he brought his grandmother to the popular Churchill show, before her demise.

The stand-up comedian apparently started the art back in class five where he was the family’s entertainer.

Walking into University, Eric wanted to take up the art full-time but his mother was not for the idea, without completion of his studies. 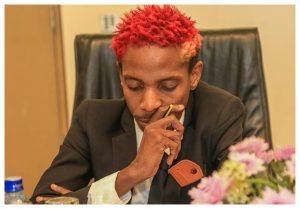 However, the flourishing comedy act still advises parents to have children establish a firm education foundation first, before starting their careers.

Let your kids follow their passion as long as they’ve gone to school.