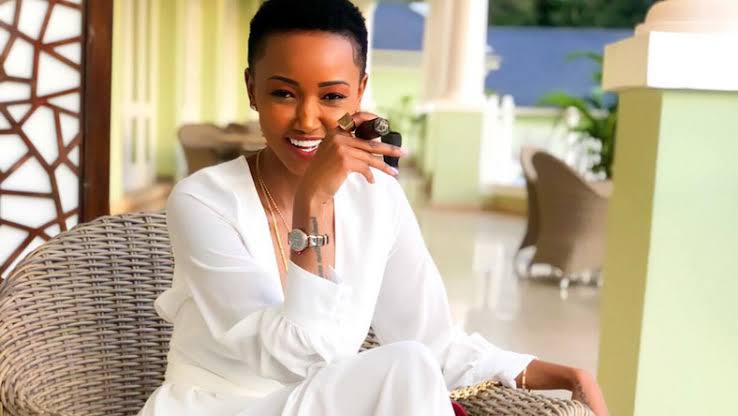 Before the classy life, Huddah was just another socialite trying all sorts of drugs and at some point; the lass says she actually an addict. But thanks to her family and close friends, the lass managed to pull through and I guess this is where her relationship with Prezzo came to an end. 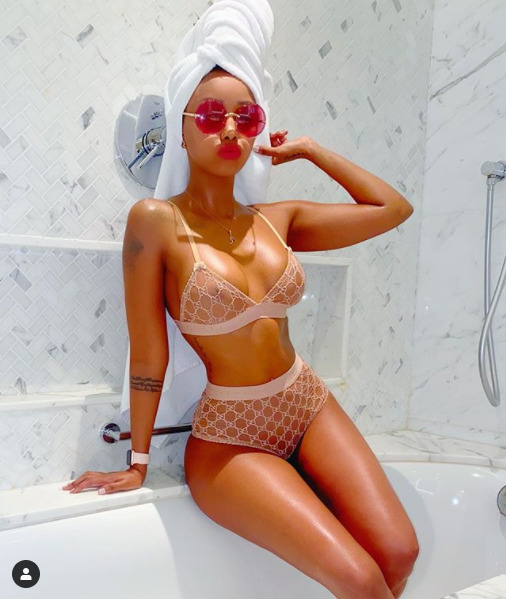 For those who may not be aware, Huddah back in the day was not just the life of the party but was a wild child looking to have all sorts of fun. According to her, she has tried several drugs but the only one she admits to abusing/using is Marijuana.

Just recently, Huddah unveiled a photo from days when she was drowning in drug abuse; yet none of her social media fans would notice this. According to the lady, back then she was not only struggling with drugs but also food as she rarely ate but starved herself; a characteristic mostly seen with junkies.

From the photo below it’s obvious to see how petite Huddah was back then; and the fact that she could have been in her early 20’s also confirms that she was just fresh in the streets.

To caption this photo Huddah talks about struggles she had to deal with behind cameras; but remains grateful to have overcome this experience that would have left her dead or ruined her life. Huddah wrote;

Fresh from drug abuse! You see the shine not the struggled. I am Blessed, I overcome. I will never be defeated. 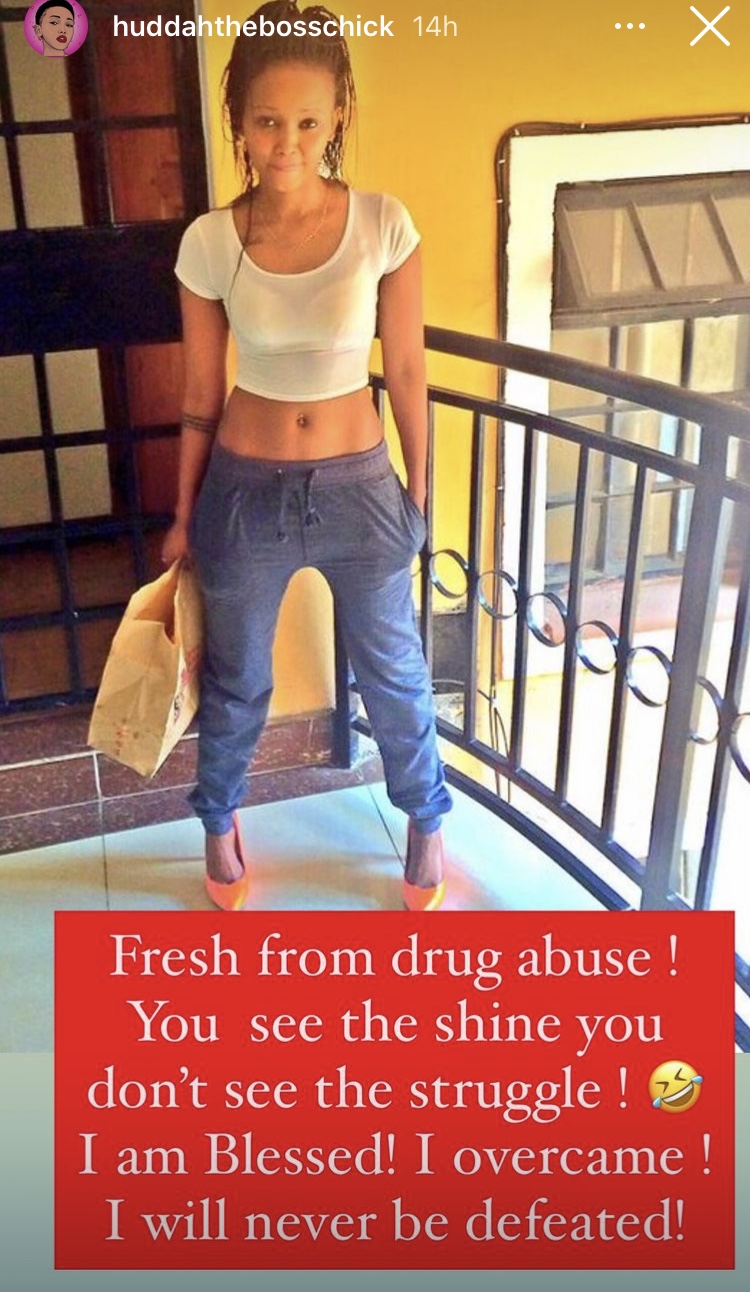