Former TV broadcaster, Louis Onyango Otieno has become the talk of town after his son, Silas Miami reportedly got married to the love of his life, Patrick.

The young man confirmed the news online, announcing he was now happily married to his lover in South Africa, after finding true love in him.

Turns out that these two lovers wedded more than an year ago but sought to keep it wrapped under their arms until they were confident about it. 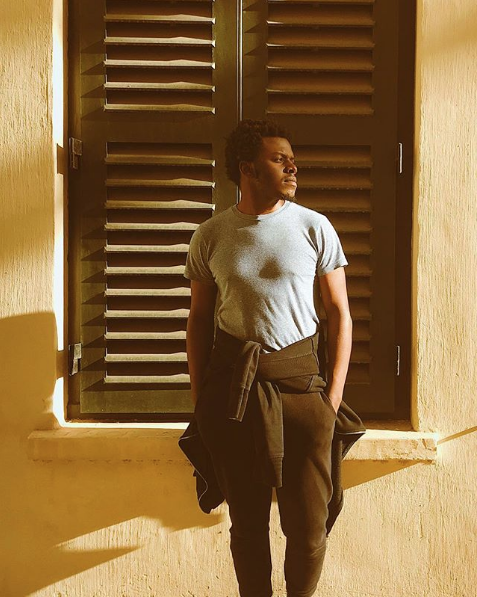 Silas who works as a filmmaker and photographer in the African country, showered his Mzungu lover with praises, acclaiming:

I met and married someone just under a year ago. He´s got all the things: kindness, courage, honesty etc., but while all this is fine, that is not why I married him.

Silas hinted that once they hit 10 years of being together, they will tie the knot. However, none of them believes in the vocation of marriage. But having found something special in each other, they went for it.

In fact, neither of us believed in marriage. We still don´t. But after months of us looking at options for what companionship would look like, especially seeing us travel isn´t exactly easy for us, we settled on going for it. We maintain an ethically polyamorous situation because monogamy gives us both migraines. 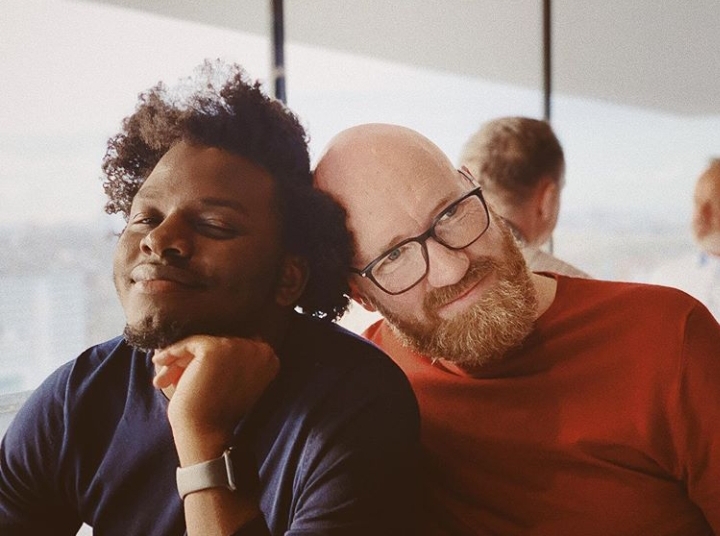 Silas could not contain his elation, bragging to the world how his better half, Patrick had taken up his name, just like the wife does in a heterosexual marriage.

That being said, Patrick Miami (yes, he took my name) is my primary life partner and I´m proud to be his. 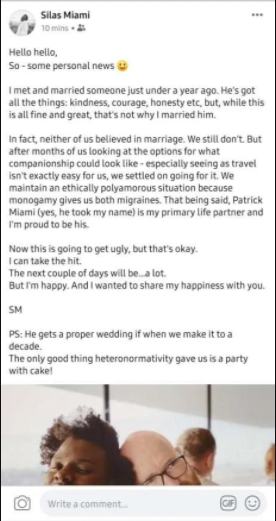 The two lovers reside in South Africa where homosexuality has been openly accepted. Silas has previously stated that he hardly communicates his his dad, Louis though they are in a cordial relationship.

The news was welcomed with love and hate in equal measure.