I really fear that when he’s all grown up, he’ll be such a ladies´ man – Esma Platnumz speaks of Tanasha´s son 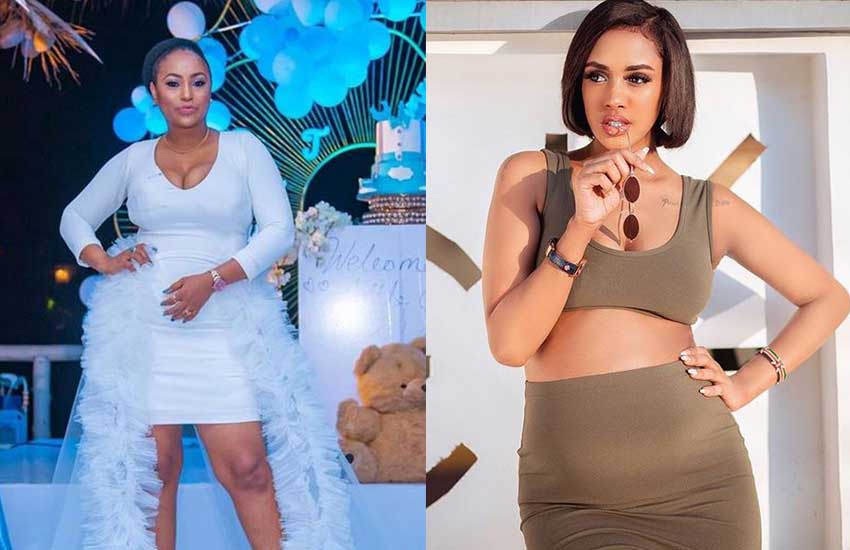 If there is anything the masses can keep their ears and eyes away from, is Baby Simba´s finer details.

Well, the Dangotes seem to know how to play their cards right.

So today, they give us a glimpse of part of his leg, tomorrow it´s his arm, the next day, we get a snippet of his lips, and the following day, it´s his curly hair…and so on.

Funny to note that despite the little details the family has been giving the world, masses are so excited. Probably the face matters no more, they seem satisfied already.

So now, Diamond´s sister, Esma, had a brief interview with Tanzanian media and she could just not hold back her elation levels.

So excited, you can tell. She lets it all out. Wednesday, the 16th of October 2019, she admitted that Diamond´s son might just turn out to be like him – a ladies´ man.

Happy Birthday to us ❤🌹❤

This is because since the day the baby´s sharp cry was heard, all attention focused on him. And her fear is that baby Simba may turn out to be a ladies´ heart-throb.

The baby was just born recently but something I’ve noticed is that he is constantly on attention, I really fear that when he’s all grown up, he’ll be such a ladies man.

Further revealing that the baby´s ears are a bit darker than his other skin. And according to Tanzanians, when a baby´s ears turn out a little darker, that will eventually be the baby´s skin complexion.

However, if he turns out to be way lighter, well and good.

The kid is very light-skinned just because he was born recently and still early days. But what we (Tanzanians) say is when a kid’s ears seem to be dark, then he will definitely be dark overtime. If he turns out to be light then, it will be attributed to the mother and us as his aunties who are lighter in our skin tone.

For the pretty light skin complexion and curly hair, Esma attributed it to Tanasha´s genes with a dad who is of Italian descent, therefore probably why the kid turned out to be so.

This ball keeps rolling. let´s see where it stops and if the results will be convincing enough.