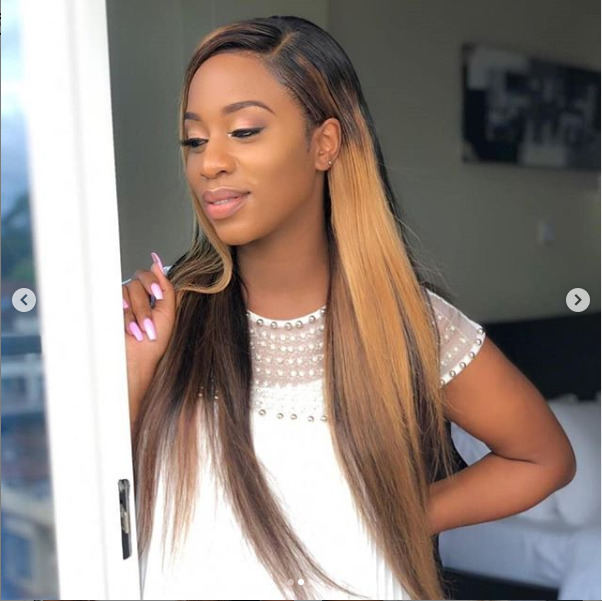 Bahati and Diana Marua is a couple that has been blooming ever since its union but their past remains foggy.

Well, most of us at least have a rough idea of Bahati’s kind of childhood and upbringing that has made him who he is today.

However, his wifey, Diana Marua only shares snippets of her pre-Bahati life and makes it tough to even connect the dots.

We at least can get our way around her kind of dating life but not her personal life. Who exactly was Diana Marua before the fame, the money, the numerous boyfriends? Who was she?

Well, fortunately, she’s served us with her ‘drunk’ kind of lifestyle when she was single and free.

Speaking up and close with K24 journalist, Betty Kyallo on her weekly segment, the mother of 3 confessed she lived a muddy past. Drinking, raving and wild partying best defines her past.

I was a person of the world before I met Bahati.

Surprisingly, Diana would party Thursday to Monday and nurse her hangovers on the other days, before her heart fused with Bahati’s.

Booze and road trips made her days and that was her lifestyle.

Funny thing though is their early days before dating. While Diana was busy getting wasted, Bahati was busy on his knees praying for a wife.

There is a day she was pretending to see me but she could not really see me clearly. I was busy praying for a wife while she was out having fun.

Luckily enough, God interceded and played a major role in their bonding because since their eyes met, it has never been the same again.

OUR FIRST BORN NAME WAS #HEAVEN… Any Time Now We Will Be Blessed WITH A SECOND BORN. Any NAME Suggestions ????…………………!