I wasn´t aware that I belonged to a race called black, until I moved to the US – Lupita Nyong´o painfully recounts 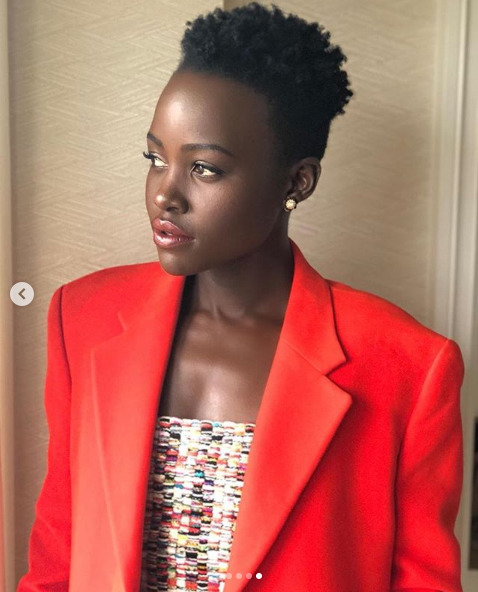 Luipita Nyong´o is a name we associate with the world of fame but despite her status in society, she is a victim of racism.

The celebrated Kenyan actress opened up on having fallen victim of ´colorism´ at a young age, when she wished she could be just a shade lighter.

Speaking exclusively to BBC Newsnight, Lupita revealed that colorism is the ¨daughter of racism¨ especially for a world that ¨rewards lighter skin over darker skin.¨

I admire @MichaelKors' commitment to stopping worldwide hunger and I'm delighted to join his Watch Hunger Stop campaign. In partnership with the World Food Programme, they have delivered over 18 million meals to children in need including funding meals for schools. For every post with #WatchHungerStop, @MichaelKors will donate 100 meals to the WFP. P.S. My campaign t-shirt goes on sale tomorrow on michaelkors.com and 100% of the proceeds will benefit the WFP School Meals Program!

This was ahead of the release of her children´s book Sulwe which speaks about a girl with darker skin than her family.

Sadly, colorism comes in when there is preference of the lighter skin over its darker tone.

Unfortunately, this started way back when she was younger, with a sister born with lighter skin than her and who she considered ´beautiful´ and ´pretty´.

I definitely grew up feeling uncomfortable with my skin color because I felt like the world around me awarded lighter skin. Self-consciously that relates into: I´m not worthy. This is 5-year-old me. I reflected on this little girl’s feelings and fantasies when I decided to write my children’s book, #Sulwe. With this book, I wanted to hold up a mirror for her. Here’s why: pic.twitter.com/KsivFjWl7X

Additionally, it is saddening that she still experienced colorism in a predominantly black society like Kenya.

We will still ascribe to these notions of eurocentric standards of beauty, that then affect how we see ourselves among ourselves.

Adding fact that she once went to an audition and was told, she was ´too dark´ for TV.

But she finishes up saying;

Race is a very social construct, one that I didn´t have to ascribe to on a daily basis growing up. As much as I was experiencing colorism in Kenya, I wasn´t aware that I belonged to a race called black.

Light as a feather. #Oscars

However, that was locally. She met her match when she moved to the US.

Suddenly the term black was being ascribed to me and it meant certain things that I was not accustomed to.

Question is, with Black panther´s global popularity, did it change the casting experience for black actors?

I think time will tell whether this has been that pivotal shift. It definitely feels that way.