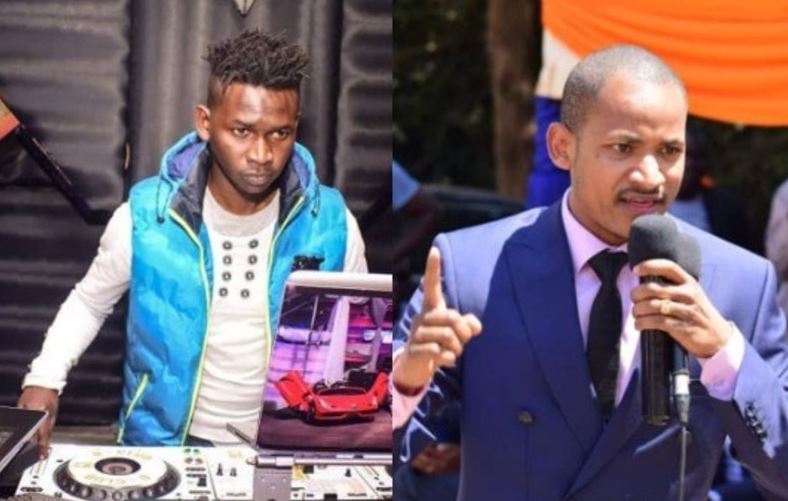 After several months of DJ Evolve being hospitalized after being shot by Embakasi East MP Hon. Babu Owino, the court has now allowed Babu to go scot-free & resolve their issue out of court.

Babu Owino expressed gratitude to the court for allowing him to solve the matter with the popular Disc Jockey out of court. Additionally, he thanked the DJ for the gracious manner he accorded to him during the challenging times before affirming his commitment to honouring the agreement.

“I welcome the recent decision of the Senior Principal Magistrate Ochoi in which the court allowed DJ Evolve and I to resolve matters while embracing Alternative Dispute Resolution. I thank the court for being bold enough to uphold the restorative principles of Justice enshrined in the Constitution of Kenya 2010.”

In his statement, he also connoted that he will live up to the agreement that they had upon withdrawal of the case; which includes buying him a house.

”DJ Evolve is a brave and inspirational young man. I remain indebted to him for the gracious manner in which he has carried himself during this obviously challenging time.

We were close friends and have become even closer through this Damascus moment and I am committed to honoring my part of the agreement.” 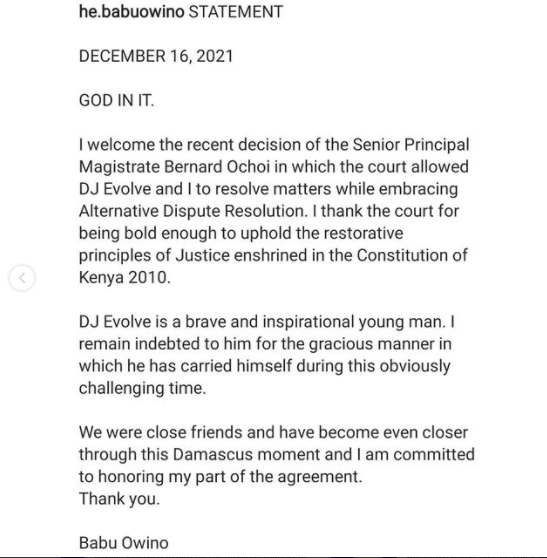 The other provisions include;
Clear the Ksh 17 million hospital bill.

Buy a Noah and customize it for DJ Evolve.

Buy a house for DJ Evolve and register it under his name and that of his parents.

Build the DJ another house in Utawala.

Set up a DJ Academy.