“I wish I could be half the woman you were,” Anerlisa Muigai continues to mourn her late sister 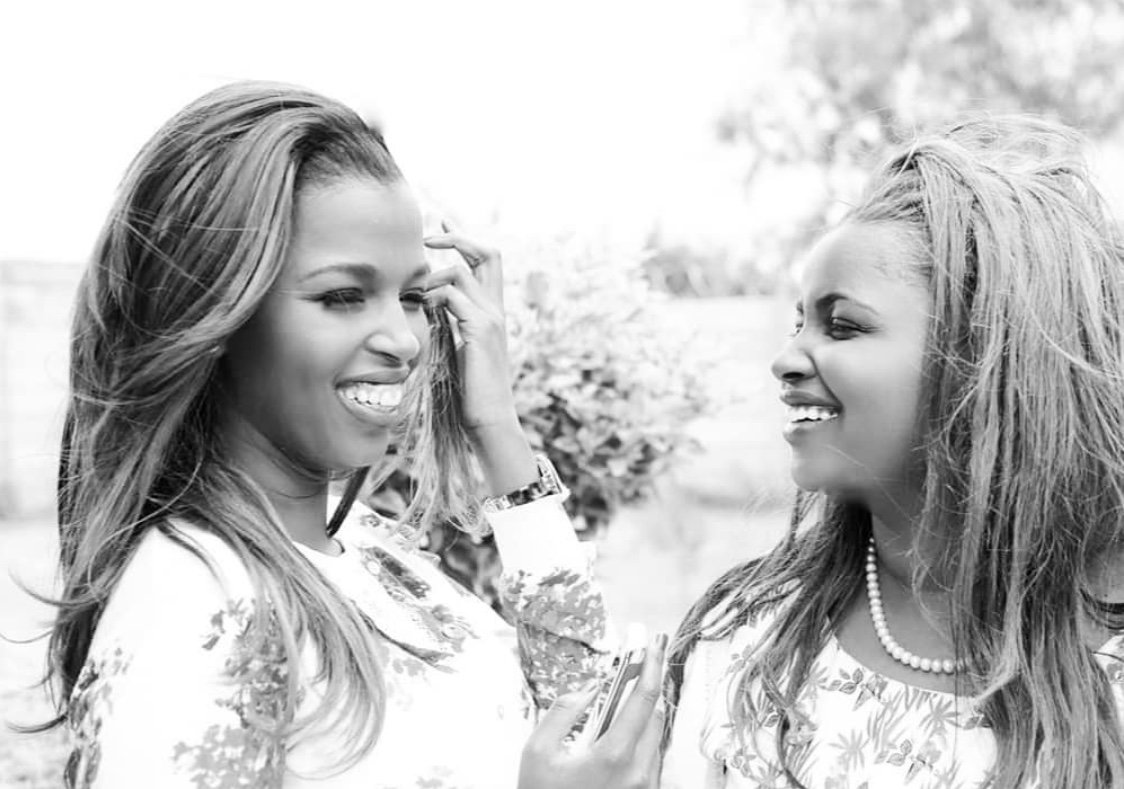 Anerlisa Muigai and their family buried their younger sister Tecra who passed on following an internal injury while at her apartment in Mombasa.

Although details about her death remain on the low; it is evident to see that Anerlisa Muigai is still learning to get into terms with her sister’s death. Lately most of her post have become emotional to a point where she is not shy of admitting that her pain is too much.

As seen on her latest post Anerlisa Muigai remembers the happy times she shared with her late sister; pointing out that she wishes they spent more time together.

Also read; They grow up so fast! Mike Sonko’s youngest daughter turning heads on social media with her fine looks

On the post Muigai goes on to add that photo below was taken by her sister who wanted it posted; but Anerlisa felt that it wasn’t good enough. Months later Anerlisa is now wishing things would have remained the same instead of the heartbreaking change. She wrote;

She took this picture and told me to post it but i told her it wasn’t instagram standard, now it’s worth more than all posts i ever did. If i knew this was the last picture she would ever take of me, i would have let her take a million more 💕🌹

On her instagram story Anerisa talked about a pain that has left her begging God to take away as she can no longer handle it. In yet another post Anerlisa went on to praise her sister for being perfect, a leader and a friend many admired. 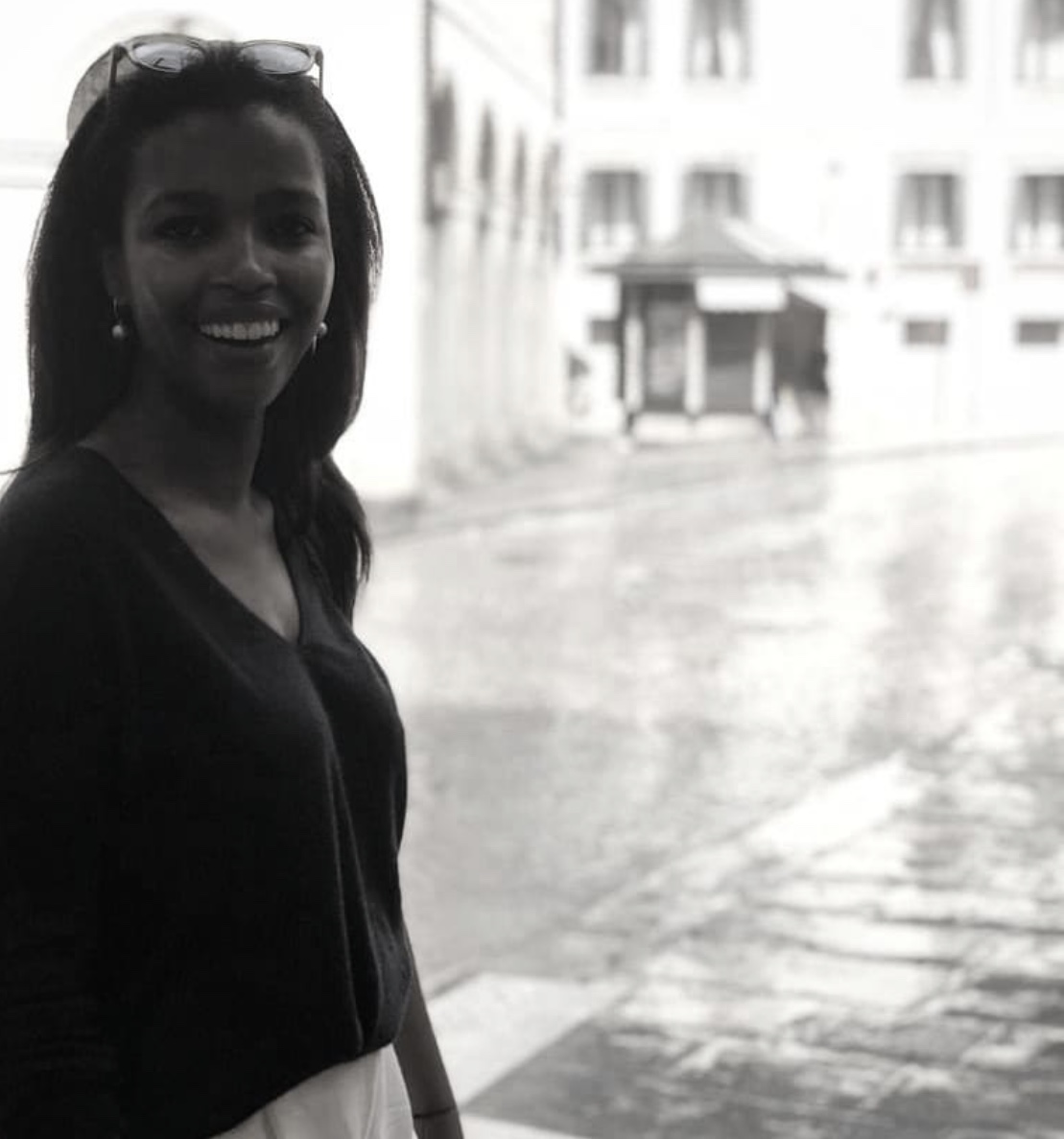 My younger sister but you acted like my older sister.

I remember when we started Nero Company together, you drove the company like it was your baby. Your eye for design and perfect tone of colour were out of this world. I have learnt so many work ethics from you. I promise to grow the company just like wanted it grow.

She went on to praise her baby sister for always standing up for her and supporting her when no one was on her side. According to Anerlisa, being around Tecra made her feel less judged, a feeling many cannot relate with. 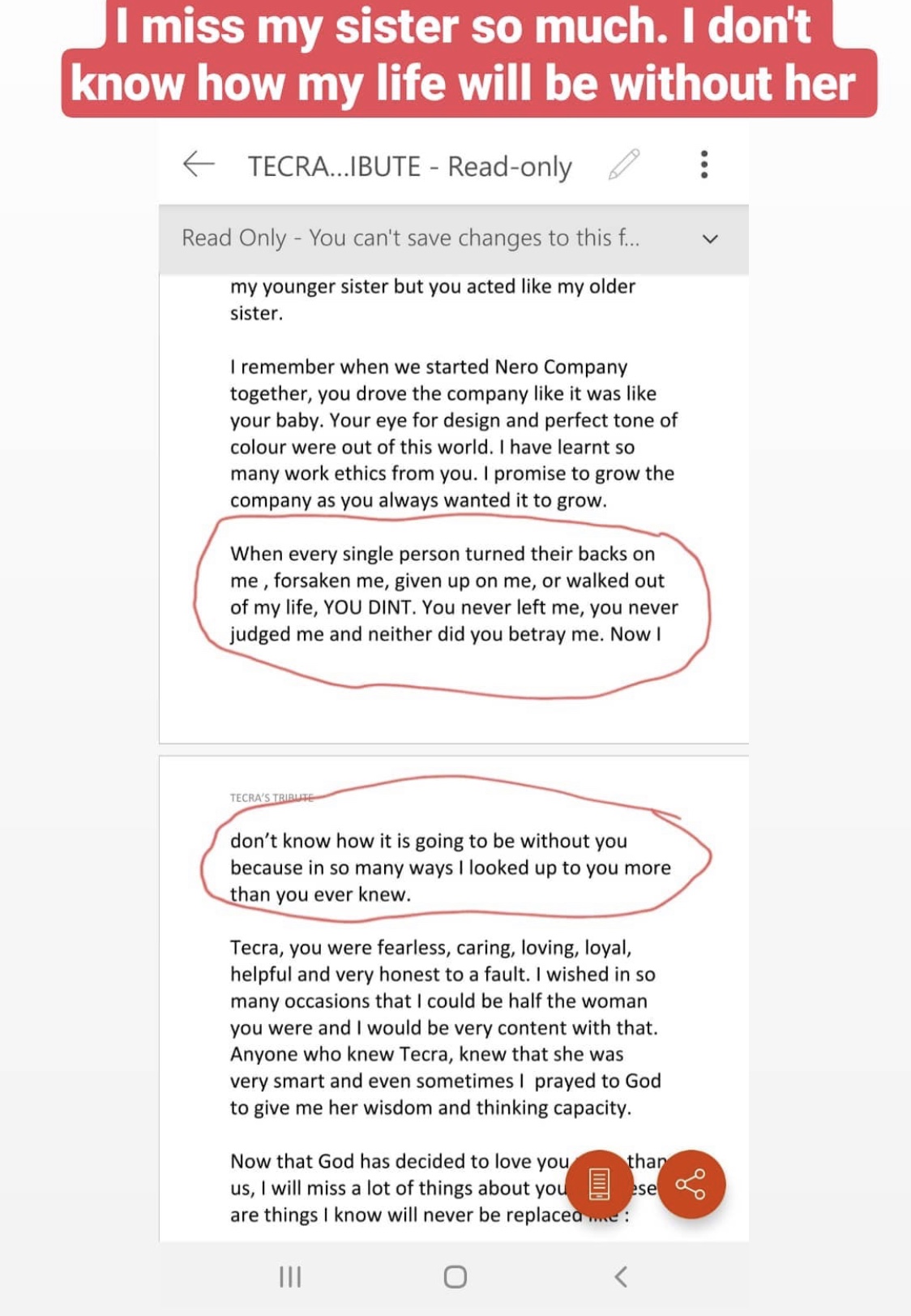