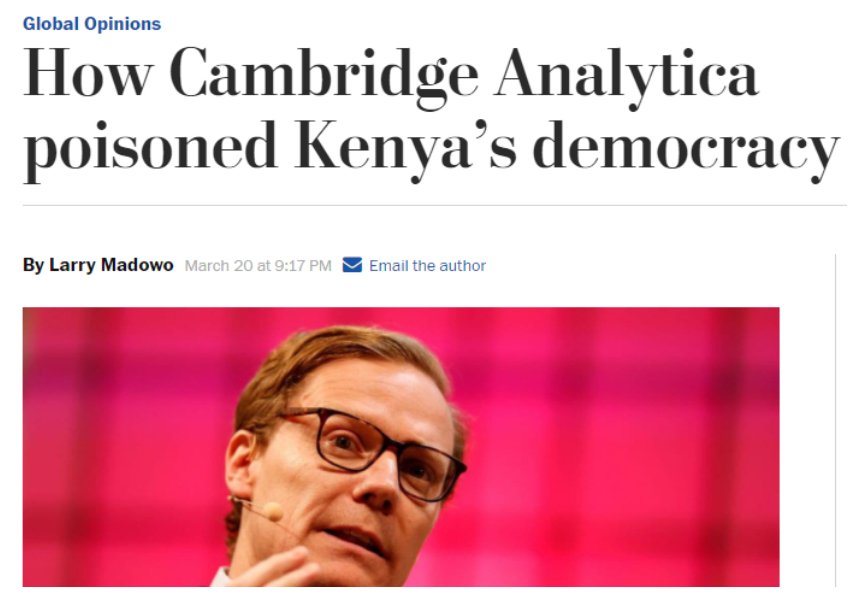 Larry Madowo has shared his opinion about Cambridge Analytica on Washington post. The British consultancy firm has been exposed over its role in influencing 2013 and 2017 Kenyan presidential election.

Cambridge Analytica bosses have been caught on camera boasting of the control they exerted in Kenya. Investigation aired by British public service TV Channel 4 News, shows one of the company’s top bosses, Alexandar Nix, bragging on how they run the 2013 and 2017 campaigns, how they rebranded both TNA and Jubilee parties, wrote speeches and manifestos, conducted two researches on behalf of the parties, “stage the whole thing” and “ran every element of Uhuru Kenyatta’s campaign”.

Cambridge Analytica has since been banned on Facebook. The firm ran ads on Facebook portraying Raila Odinga as violent, corrupt and dangerous person.

The use of dirty tricks for its political clients including sowing tribal discord and using fake news is the reason why Facebook banned Cambridge Analytica.

Larry Madowo condemns Cambridge Analytica for poisoning democracies around the world on his article on The Washington Post.

Madowo’s critics however went on troll him over his article. Tanzanian star Idris Sultan threw his weight behind Larry, he says people were criticizing Madowo yet even Facebook founder Mark Zuckerberg has been summoned by UK lawmakers over Cambridge Analytica.

“Zuckerberg is summoned since most data was gathered from facebook and here we were just arguing why is Larry’s relationship status weird. We won’t be summoned for that ??”wrote Idris Sultan. 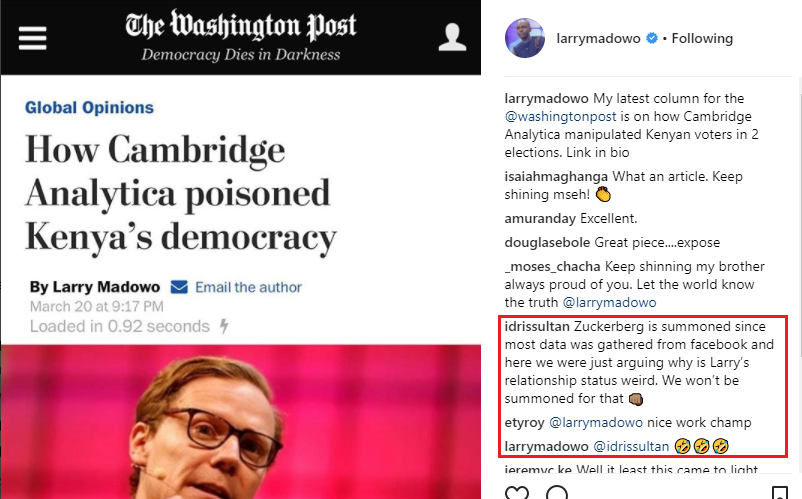