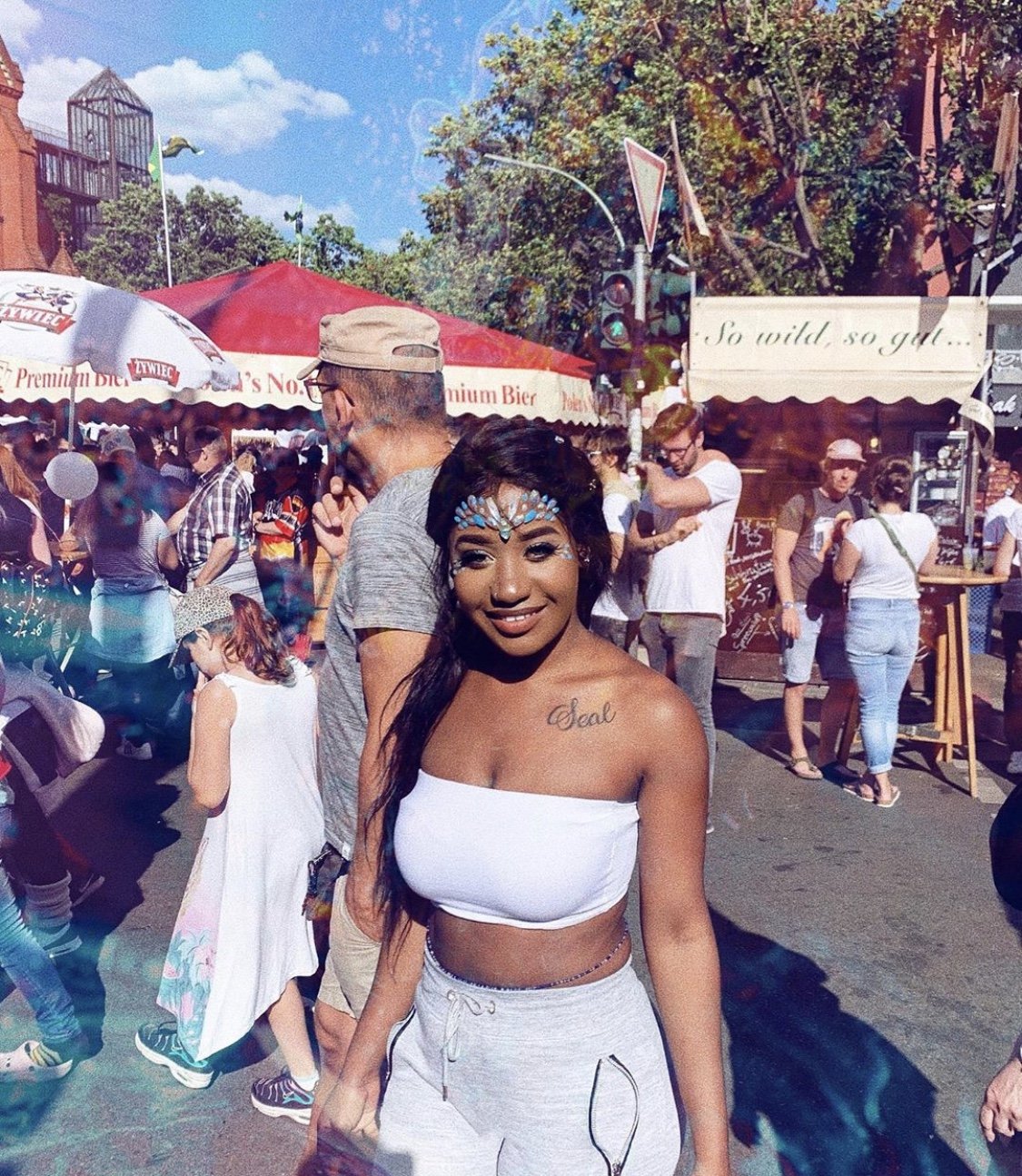 Viva Fabrica made headlines back in 2019 after she was romantically linked to Diamond Platnumz; as his other woman living in Germany.

The story was highlighted by a Tanzanian tabloid claiming Viva Fabrica was dating Diamond Platnumz on the low because Zari was already in the picture.

To prove this, the tabloid shared never before seen photos of Viva present during the video shoot of Inama. 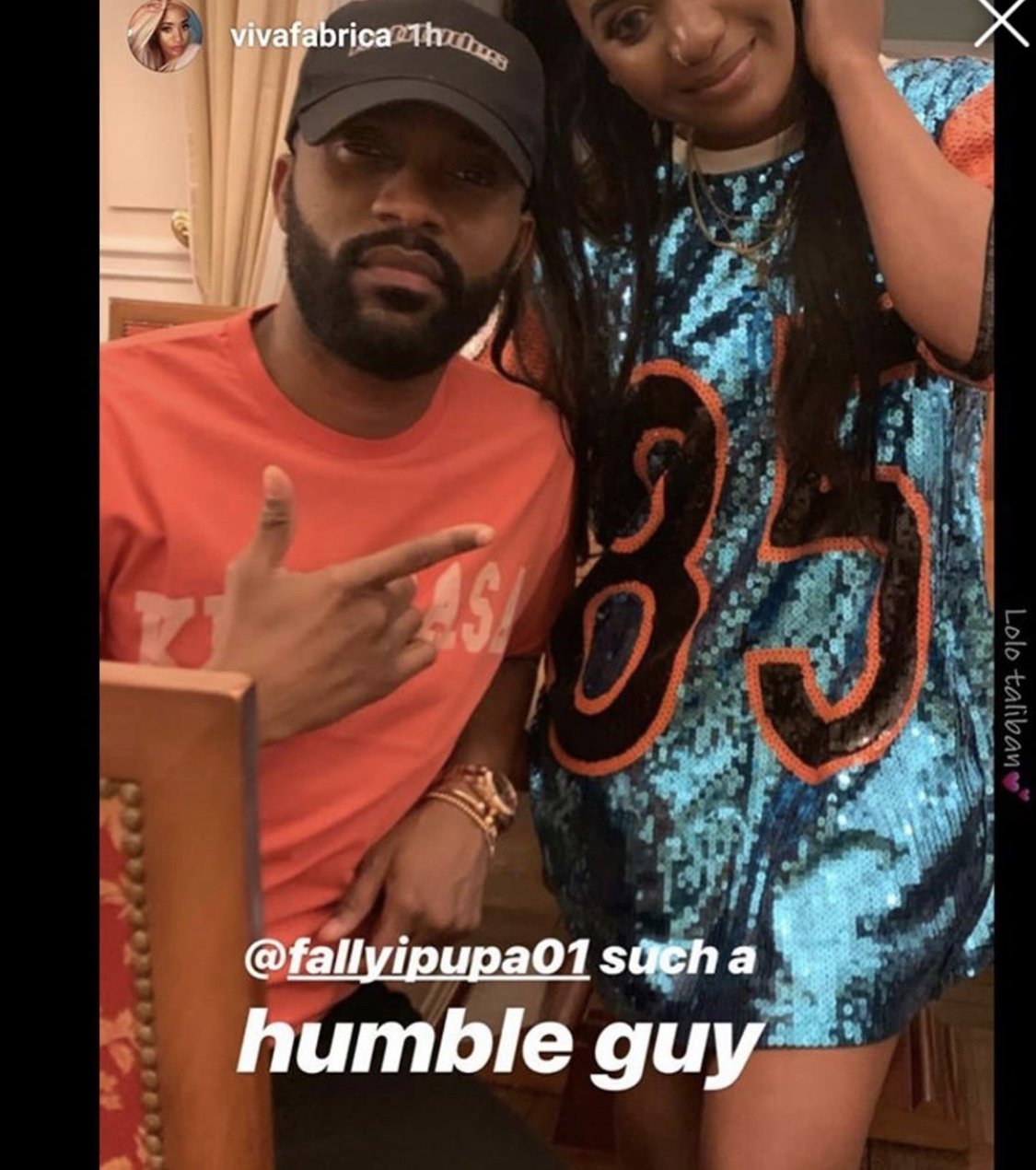 Questions however started streaming in after the video was released and sadly Viva had not featured on the video – despite being a good dancer; not forgetting that she had access to both Fally and Diamond Platnumz.

With this, Viva Fabrica has now become a household name in the entertainment industry; and this might just be the beginning. 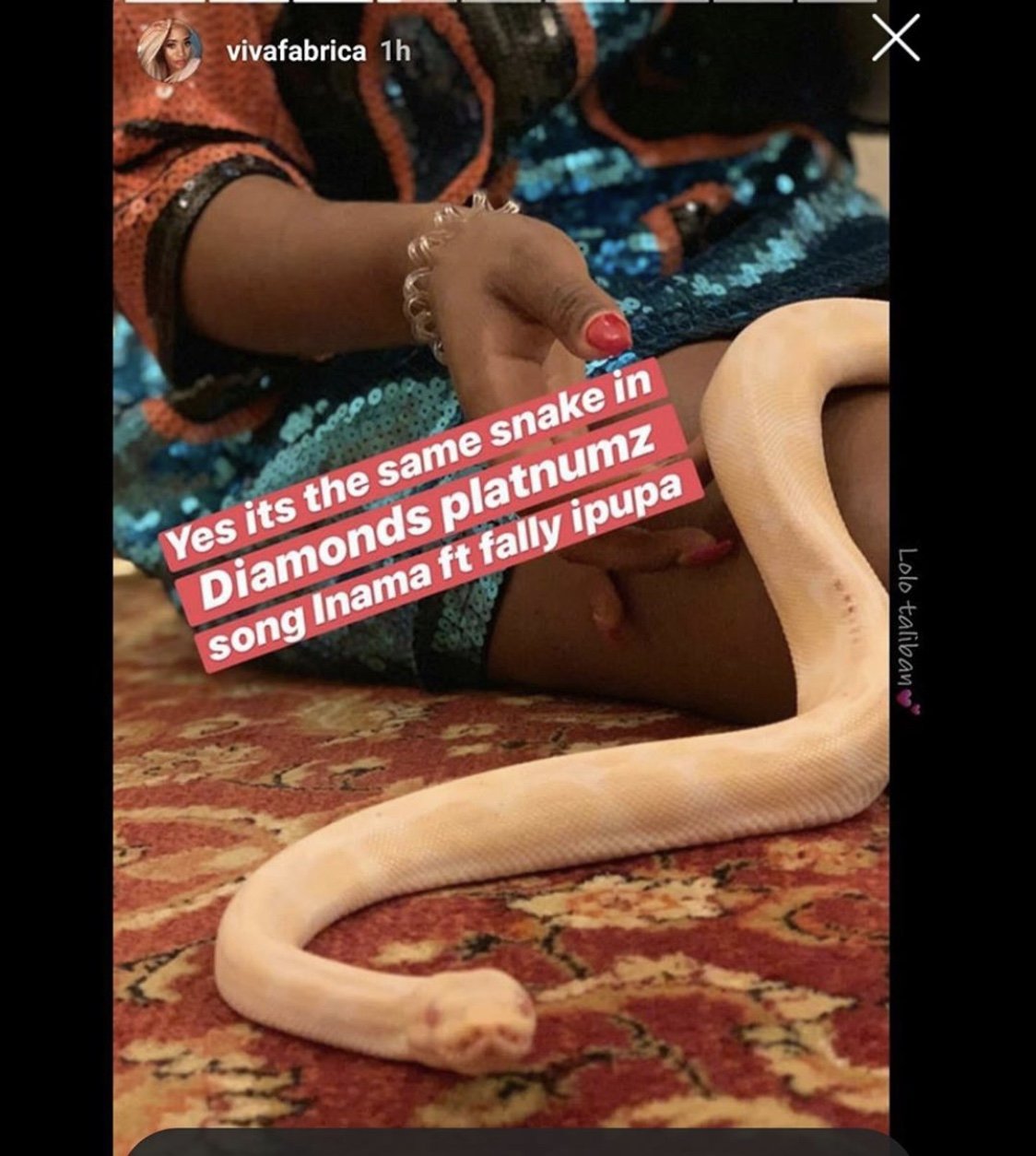 So far Ms Fabrica has not only been serving  fabulous looks but hot tea that many can’t seem to keep off.

Just recently she went on to confess that she has screenshots, photos and receipts that can ruin a certain relationship; but she chooses to maintain her silence. 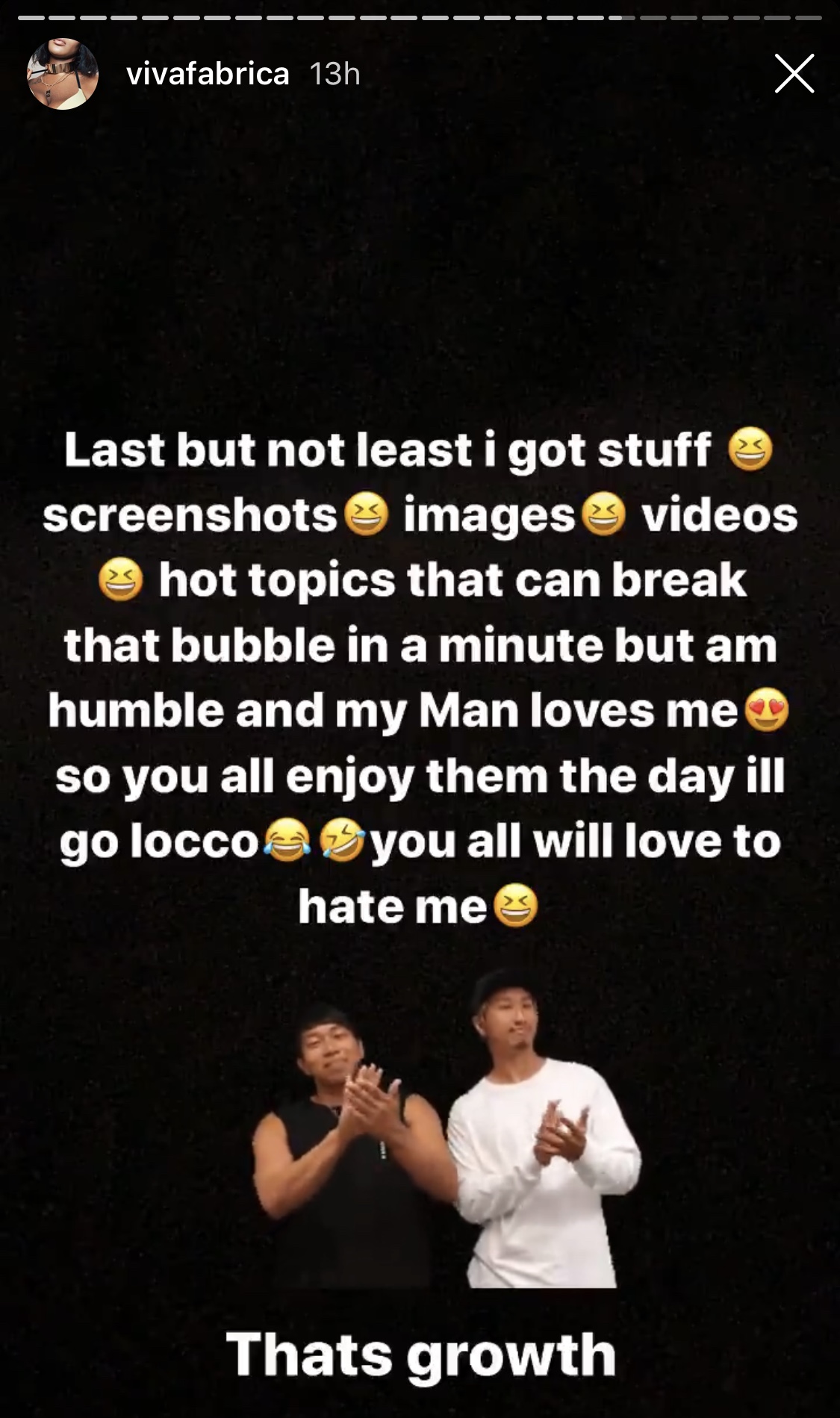 This however seemed to rub a few fans the wrong way as revealed on her latest post. Viva says that many have been insulting her and calling her names to a point where her friends and other people have been forced to reach out to her.

Anyway, even with this the mother of one says no one will bring her down nor push her to share what she doesn’t feel like! She went on to add that of fame was something she was after then, this would have happened a long time ago; since she dated a Kenyan comedian and dated a governor back in the day. 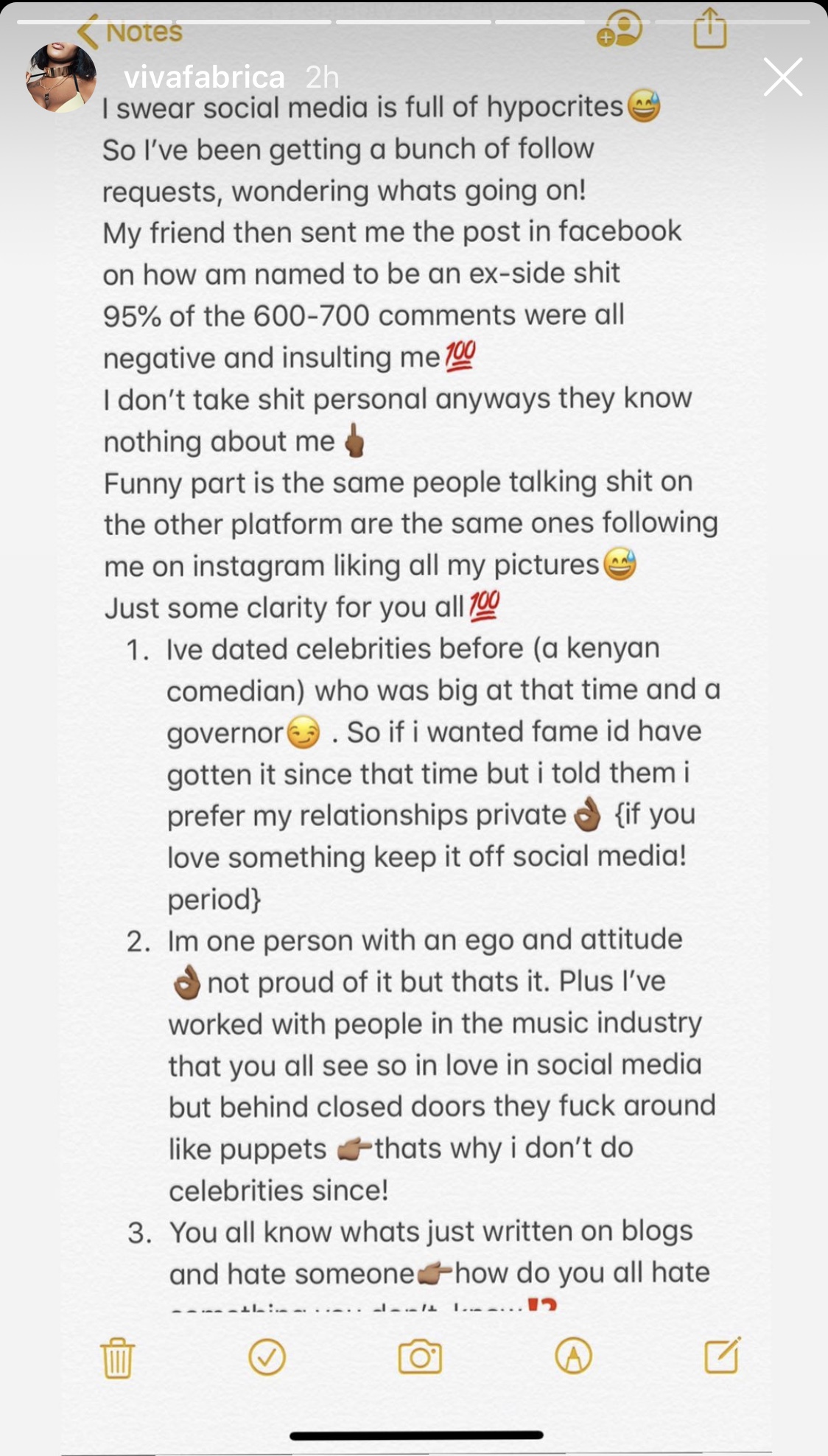 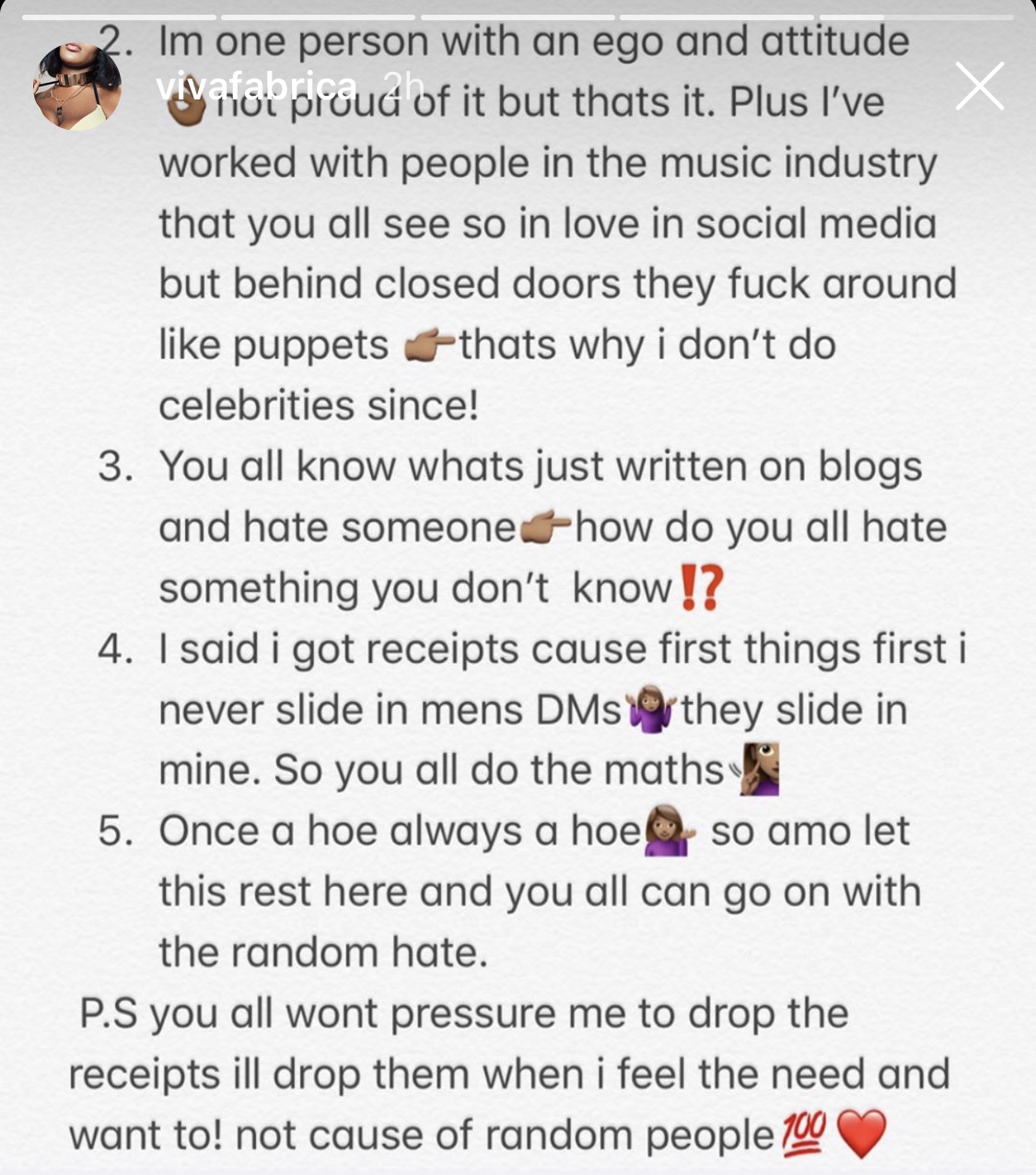