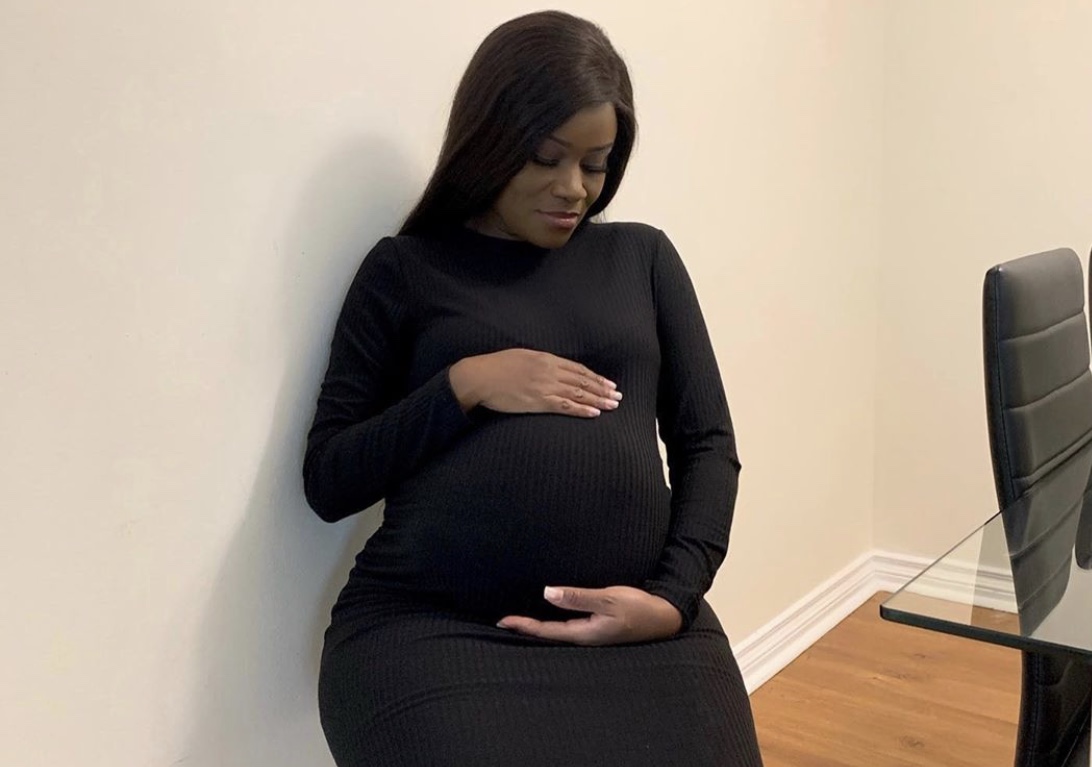 Juliana Kanyamozi was recently blessed with a baby boy 6 years after her first born son passed on following an asthma complication.

The singer however went missing in action until just recently when she introduced baby Taj who arrived on May 13th!

Details about the young boy and his father remain unknown to the public; but rumor has it that baby Taj could be President Museveni’s grandson.

The rumor sparked by one site called ‘Top secrets leaked’ claims Gen Muhoozi who is Museveni’s son; has come out demanding for baby Taj’s DNA as he doubts that the boy is his son. 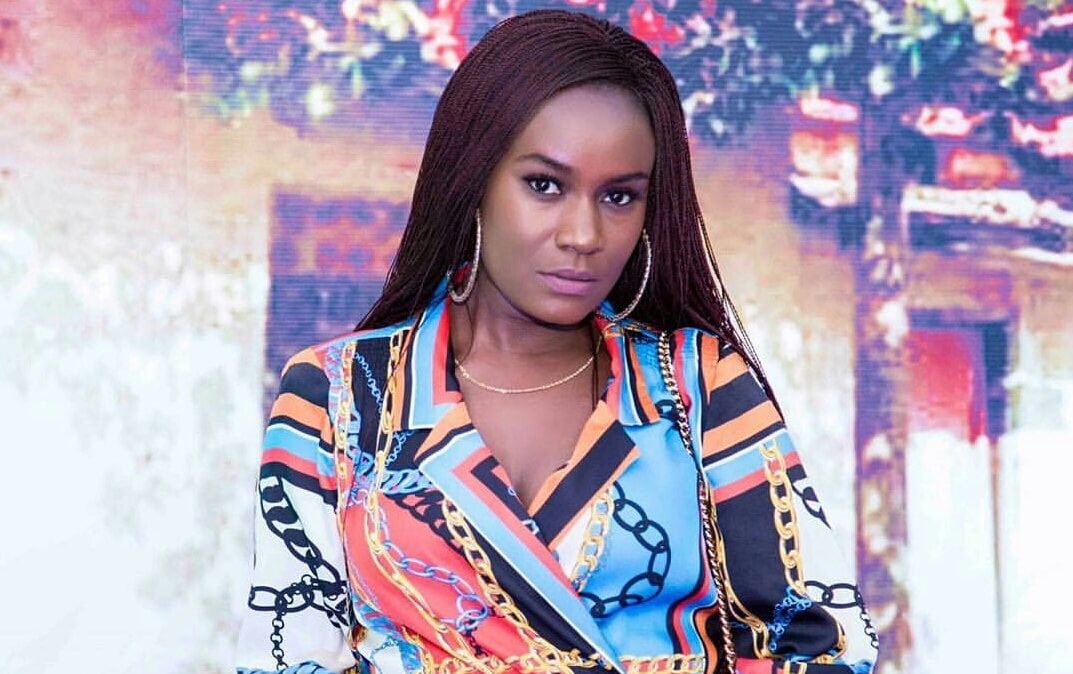 As seen on the post shared on Facebook; Juliana is said to have quit her music career due to Muhoozi’s insecurities.

It goes on to claim that now that the baby is here, the guy is demanding for a DNA to confirm that the baby is his. This comes as a big surprise since Juliana was linked to a Rwandese doctor who is said to be her baby’s father and lover!

The two were even said to be living abroad however now that Gen Muhoozi has been dragged to the mix – it would be hard to conclude who is the baby’s father.

Having come across the story on social media, Juliana has also shared her side of the story. As seen on her Facebook post, Juliana Kanyamozi asked her fans to ignore the rumors. she went on to write saying;

THIS IS A HOAX! Treat it with the contempt it deserves!!! Thank you 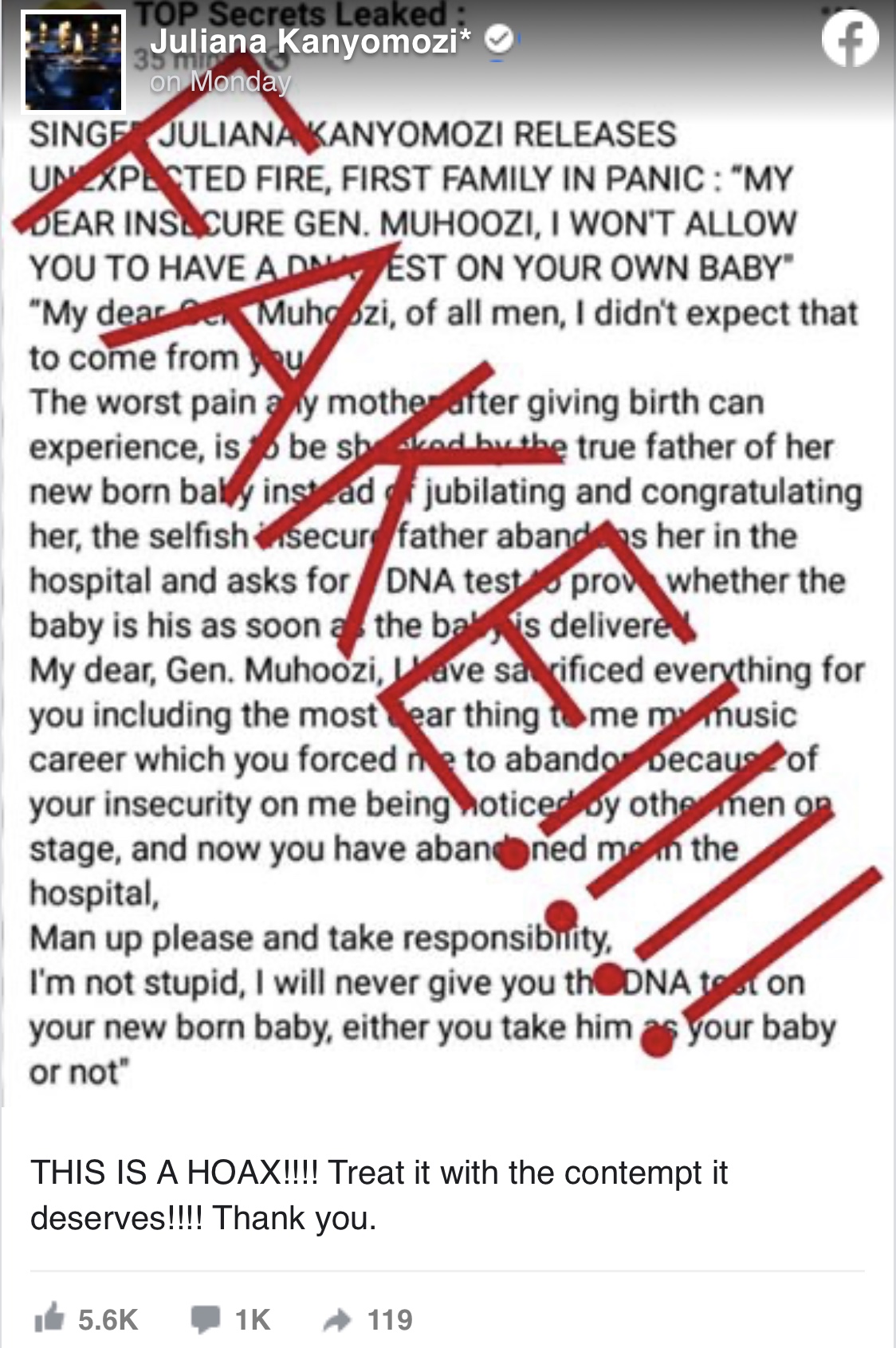 Well, if this is not her telling people that the alleged man is not her son; then fans shouldn’t wait for another explanation from the former singer.

As of now Juliana will not be introducing her son to her online family; as she fears him facing the mean side of the world at such a young age!