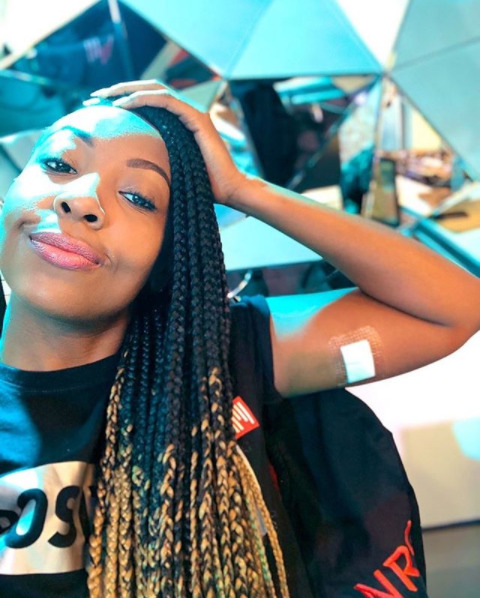 NRG lead radio presenter and host, Mwalimu Rachel has come out to explain the need for her birth control and many more for women in Kenya.

First, she doesn´t understand why it is a big deal for her to renew her 5-year birth control implant.

Funny enough, Kenyans have called it ´a ticket to sleeping around dry fry.´

But she doesn´t get why women should not be allowed the freedom to choose when they want to have kids.

I know I changed baby. That was the point. . For the FIRST TIME EVER I have posted an ASK ME A QUESTION post on my IG stories 😜😎 run and ask Aunty anything. Be respectful while you ask though! I will try answer as many as I can. Make it fun for me 😂 🙏🏽

According to her, it is saddening that despite having a way to actually determine when a woman gets pregnant, some Kenyan women are suffering in the hands of ignorance.

It is heartbreaking for her that there are women out here who are constantly getting in the delivery room.

Her advice is one: Ladies, find a method that works FOR YOU. It doesn´t matter what the world says, women should do it for themselves because it is ¨Liberating.¨

Well, she was scared like very other woman, at first, but soon after engaging her gynecologist, she was told: Do what’s right by Rachel not pressure by society or a gap issue.

Mwenzangu I feel so good! So loved! Someone who turned from a fan to a friend bought me this dera and brought it to my hotel here in Mombasa. THANK YOU @imanqueeen jameni my heart is so full! That you took the time and sacrificed to buy this for me 🙈🙈 I shall treasure it forever rafiki yangu. God bless you 😘

And that´s it! She embarked on her journey to ´liberation´. The media personality believes, so can every other woman, as long as they put their mind to it.

However, she affirms that the minute you want to bear more children, you can take it off but as for her, her 6-year old Jabari is enough for now.

My twin and I got to spend the whole afternoon together at Village Market. I got to be a kid again with this lil guy and it was so refreshing! Kids keep us young. I love Jabari to the moon and back! ❤️❤️ 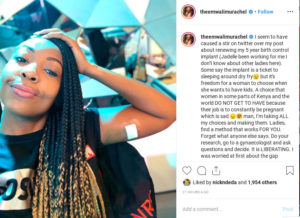 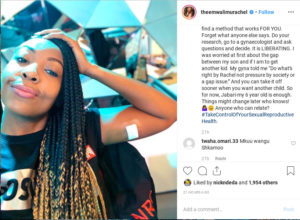 This is after trolls on Twitter came bashing her following her announcement that reads:

Aunty Tam Tam TANO TENA 😂Yup. Extended my birth control implant 2another 5years.The plan was2get another child but,changed my mind. One kid works just ok4me at the moment.Also got a Pap smear done2check4cancer.Wasn’t bad!Will get my results in a weeks time. #NRGBreakfastClub pic.twitter.com/gVA5t4DId0

Those that say sasa ni dry fry because of my implant🤣😂 let everybody take responsibility for their own sexual and reproductive health please. I want to be here longer for my son so I have an extra reason to use protection. Kila mtu ajipange! #NRGBreakfastClub @NRGRadioKenya pic.twitter.com/oKks9tZbK3