Mellow-voiced songstress Ivyln Mutua, who is signed to Taurus Musik, has released a new song and it is getting a lot of love from her fans.

The jam titled Whine Your Body, which is off her 12 Beats Of Christmas album, has been getting fair airplay on both TV and radio stations since it came out a few days ago and to be honest, we are also feeling it. 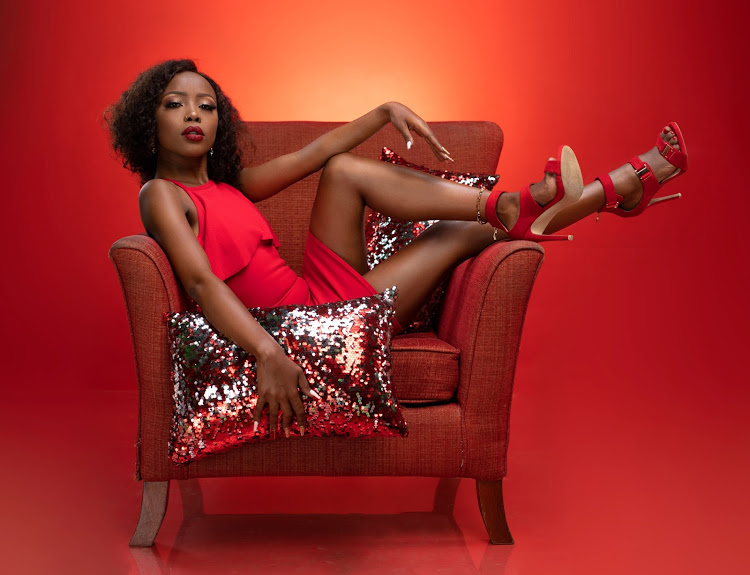 Basically, this is a club banger i.e. the kind of songs that you’ll hear a lot when out and about in entertainment joints and parties. Put simply, it’s a feel good song.

Ivyln Mutua really nailed it. When announced that she was switching from gospel to secular, I was among those who were skeptical about the move because I thought she could not hack it. However, I now admit that I was wrong.

This jam is really infectious. Believe you me, even if you don’t like it after listening to it for the first time, it will grow in you with time.

Of course, one of the things that really stood out about this song was Ivlyn Mutua’s beautiful voice. Guys, she sounds so nice and I’m not even exaggerating. The beat and instrumentation on Whine Your Body is also impeccable. I believe that it is the reason the song is really catchy, other than Ivlyn’s melodic voice of course. The producer, Vicky Pon Dis, outdid himself on this one.

There’s not much that I can say about the video seeing as it was taken off a live performance of the same song. I wish they had gone out of their way and shot a serious video but then again maybe that’s just me.

Watch Whine Your Body below and tell us what you think. Enjoy!