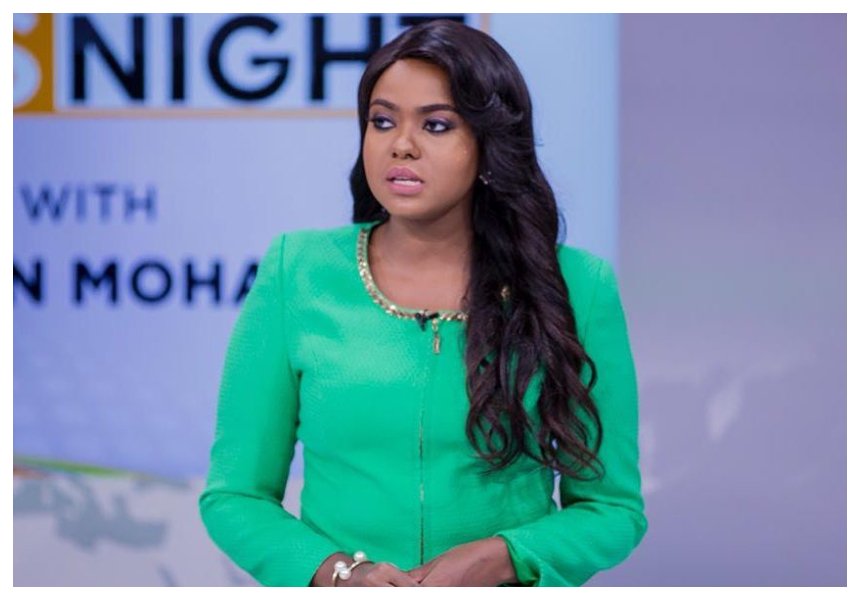 K24´s Punchline host, Anne Kiguta is a no-nonsense political journalist who goes for what she wants and won´t retreat until she gets what she came for.

Her most recent Sunday interview on ´Punchline´was with controversial personality, Dennis Itumbi.

What Anne Kiguta was trying to understand is, how Dennis Itumbi, his alleged lover, Jacque Maribe and other controversial personalities were able to clinch the Head of State commendation from President Uhuru Kenyatta.

It is not about the laughter that you see, It is about the tears and the sweat that you know nothing about.

Therefore, Anne questions whether these awards were actually given to well deserving personalities. Or which criteria exactly, was used to arrive at the individuals accorded the award.

Among the individuals commended back in 2017, include Dennis Itumbi, Jacue Maribe, popular Githeri man and controversial blogger, Robert Alai.

My bestie @dennisitumbi is having a convo on K24 Punchline. Question is he and I among others got HSC awards. Problem is people don't research how these awards are given. Riswa! Tunaelewa! Mungu mbele. Well done sweetie @dennisitumbi I am, @jacquemaribe HSC

An award that saw these individuals trend for as long as they were the topic of discussion even though masses questioned the criteria used.

He [President Uhuru Kenyatta] should revoke awards previously given to undeserving individuals in the past so that the name Kenya remains associated with Glory and not mediocrity.

Exclusively with Anne Kiguta, this was Dennis Itumbi´s response in regard to the awarded Head of State commendations:

This (award) was my boss just saying ‘Dennis, well done. The issues (which led to my consideration for this award) were two. One was the attempt to connect Nakuru to free wifi. The second one was introducing a digital infrastructure for government and that was both human and physical. There was a contract with the County Government of Nakuru (about the wifi) then. For two years, the wifi worked in some places and didn’t work in other places. By the way, it was done without using public money so in essence, it was a good attempt.

According to him, he was well-deserving of the award, adding that:

Heroes are in different categories. there are those who fought for Independence and those whose works have been admired by the public. The national awards and honors secretariat receives nominations from various stake holders. They analyse the individuals and select the most qualified.

However, Anne Kiguta met her match after fellow journalist, Jacque Maribe took a jibe at her for questioning awards she seemed not to even understand in the first place.

And in the end, she heard a whisper in the wind, of the wondrous things she could set out to, if only she believed 😊😊😊

My bestie @dennisitumbi is having a convo on K24 Punchline. Question is he and I among others got HSC awards. Problem is people don’t research how these awards are given. Riswa! Tunaelewa! Mungu mbele. Well done sweetie @dennisitumbi
I am, @jacquemaribe HSC

This ignited mixed reactions from Kenyans who aired:

Maribe is a GOAT.. how does she manage to cook in her single pot.. all those food without making poison

You got the award on the ground that he was your boyfriend!!! Your attempt to continue referring yourself as HSC is therefore quashed!!!

We don’t have to research mama if you got it good of you. But sincerely speaking do you think you are batter than Eliud Kipchoge that the state should recognise you before him? Maybe the strength of a woman played the part, what Of Githeri Man???. Ipo siku itafika Dada ukutane na Monicah ana kwa ana kizimbani na Mungu Atakuwa jaji mkuu…. Ipo siku Mama.. Hatujasahau na hatutawahi sahau.

Shock! Photo of Harmonize’s alleged side chick before and after plastic surgery