The beef started when Octo confronted Jaguar claiming he didn’t do anything for Gikomba fire victims. Jaguar had taken to his Twitter handle to wish Kenyans a happy Mashujaa Day before Octo hijacked his tweet. 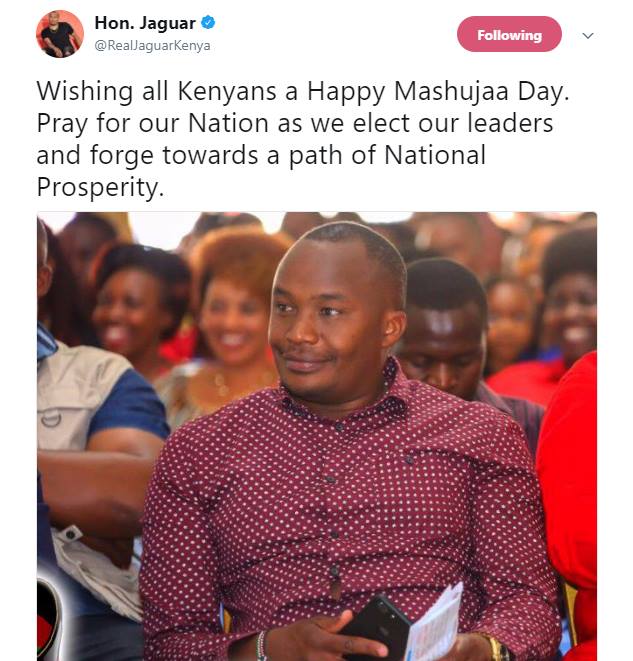 Octopizzo also criticized Jaguar for failing to condemn the brutal killings of youth. Police gunned down several young men during Nasa demonstrations in Nairobi and Nyanza. 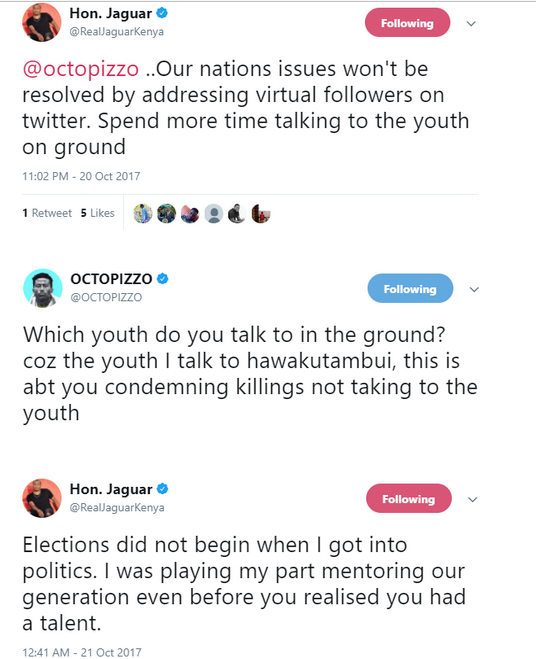 On Thursday Jaguar was quick to mock Octopizzo following the drama in Kibera during repeat presidential election. Kibera Youth barricaded Olympic Primary School and engaged police in running battles in a bid to stop voting in the area.

Jaguar taunted Octopizzo saying he remained silent when the drama happened in Kibera.

“@OCTOPIZZO Kibera youth are engaging authorities in contest even after Nasa leaders urged their supporters to stay away. Yet u remain silent,” Jaguar tweeted.

Octo tweeted back sarcastically saying he would only respond to Jaguar when Gikomba market goes up in flames. 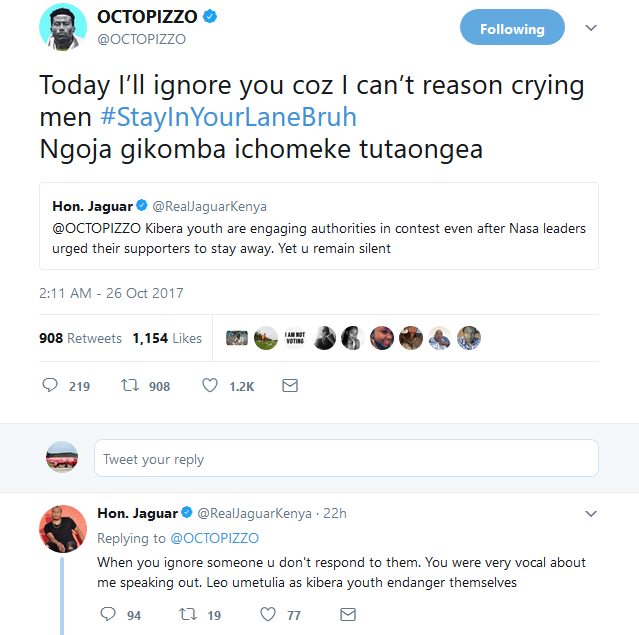 “Now you will spending time at home with me!” A jubilant Size 8 mocks DJ Mo after curfew announcement