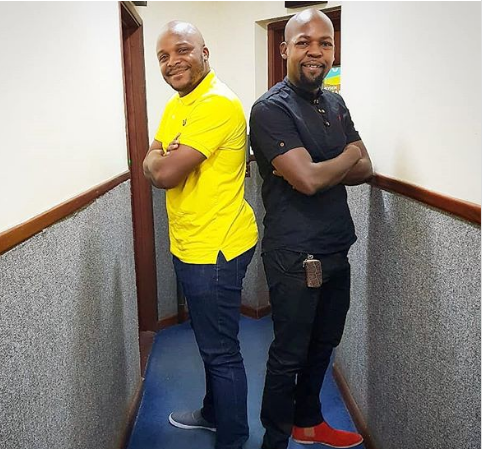 The two recently ended up having a very heated argument live on radio that almost turned ugly and even saw the two switch off each other mics.

Jalas and Mwakideu were discussing ‘The Michuki rules’ which are now making a comeback.

Mwakideu claimed that he had an issue with the return of the law because it would make innocent Kenyans suffer for the mistakes of the enforcers.

“Kenyans walked during Michuki’s time for two weeks and I was one of them and we walked because we wanted this change and they changed. After the law was implemented it was upon the police to ensure it was enforced until today. Kenyans should not suffer again on Monday,” Alex said. 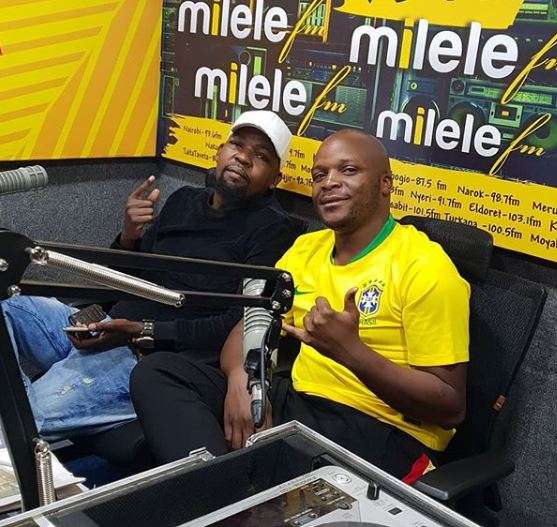 Jalango on the hand, wanted matatus to be controlled by the rules because they have been out of line lately.

“You have a lot of lies on radio and you are not even supposed to be a radio presenter here because you have travelled and lived abroad and you know how things happen there,” said Jalang’o.

The two argued to a point they were burning with anger leaving the studio melting with tension.

“You have a lot of lies on radio and you are not even supposed to be a radio presenter here because you have traveled and lived abroad and you know how things happen there,” Jalas said.