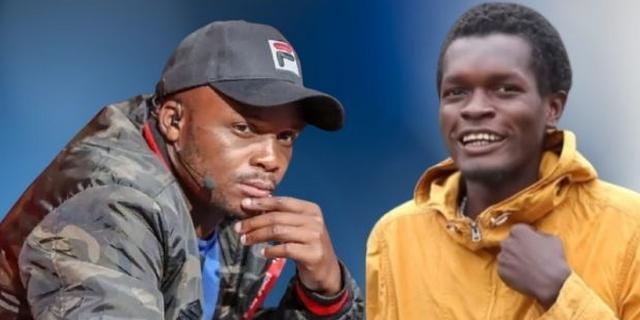 Media personality Jalang’o has finally settled his predicaments with upcoming artist Vincent Mboya; who repeatedly tarnished his name to chase clout. Mboya had asked Jalang’o to help him clear his 3 months rent worth Ksh 18,000; which he gladly did.

Little did he know that Mboya would later start chasing clout using his name.

After offering to refund Jalang’o his donation of Sh18,000, Mboya claimed that he wired the money into the comedian’s mobile money wallet after he refused to collect it physically. He however admitted that he lied about refunding the money to Jalang’o- adding that he deeply regrets his action.

It all started with the use of placards, and that’s all he’s been doing to chase clout. He has however, come clean to apologize to Jalang’o.

He claims that locking horns with Jalang’o has made him be rejected by several companies when seeking for a job opportunity. 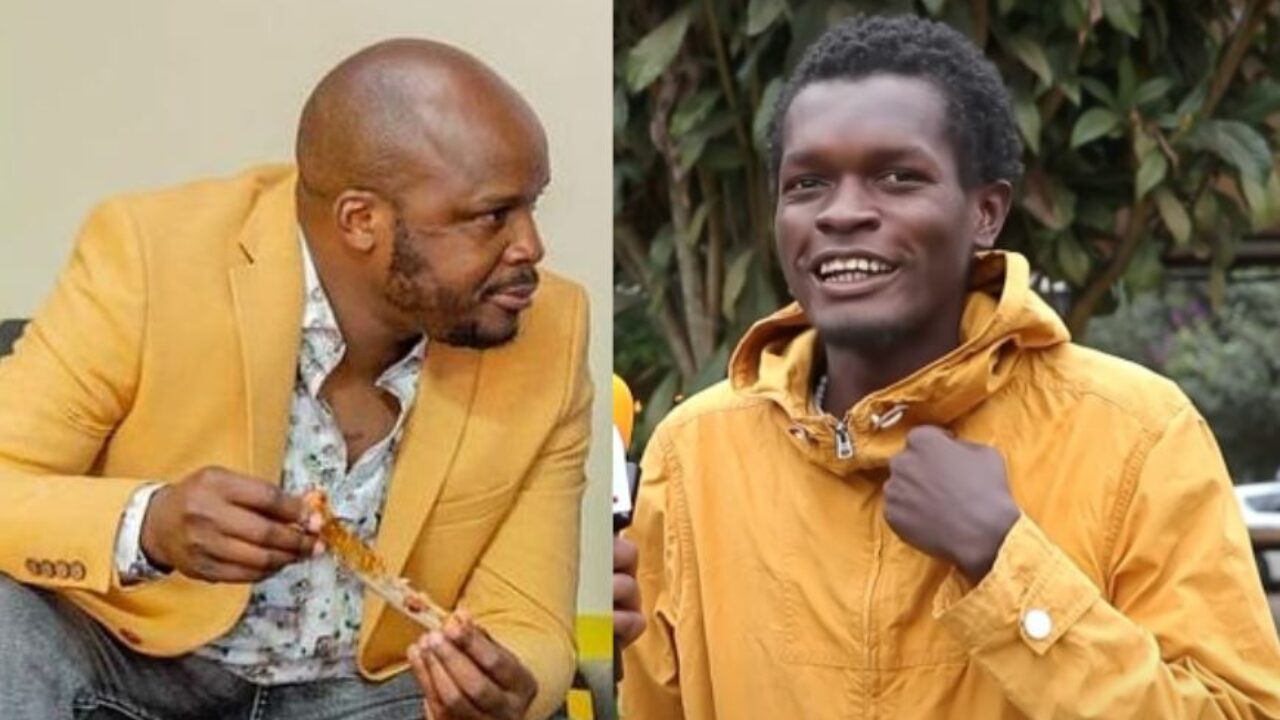 Mboya promised Jalang’o there’ll be no more drama after he forgives him. In a recent interview on online media, the media personality warned Mboya as he forgave him;

“I have forgiven you and this is the last time I should hear you talk about me or follow me with placards.

“You are making me look bad and I’m not that kind of a person. I’m a very good person, you looking for me with placards everywhere makes me look bad yet I have done everything I can to keep away from you and you still do the same. In front of this cameras I want to tell you stop it. I have forgiven you and let this be the last time we are having this conversation,” said Jalang’o.

The reconciliation has since gone public and the two are now good friends.