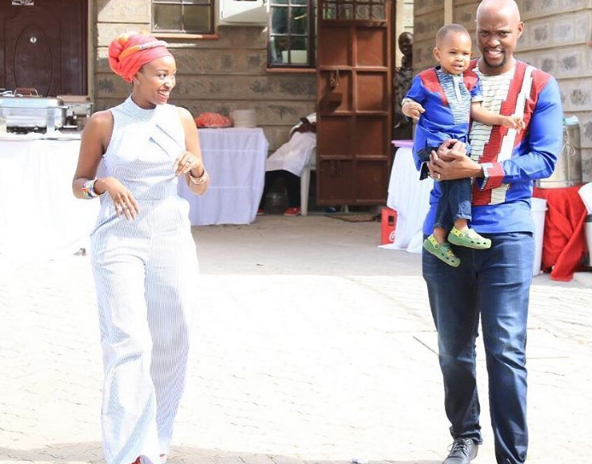 What is happening to marriages and relationships? Well, I ask this because word making rounds on social media is that Janet Mbugua;?and husband, Eddie Ndichu are apparently said to have split up. 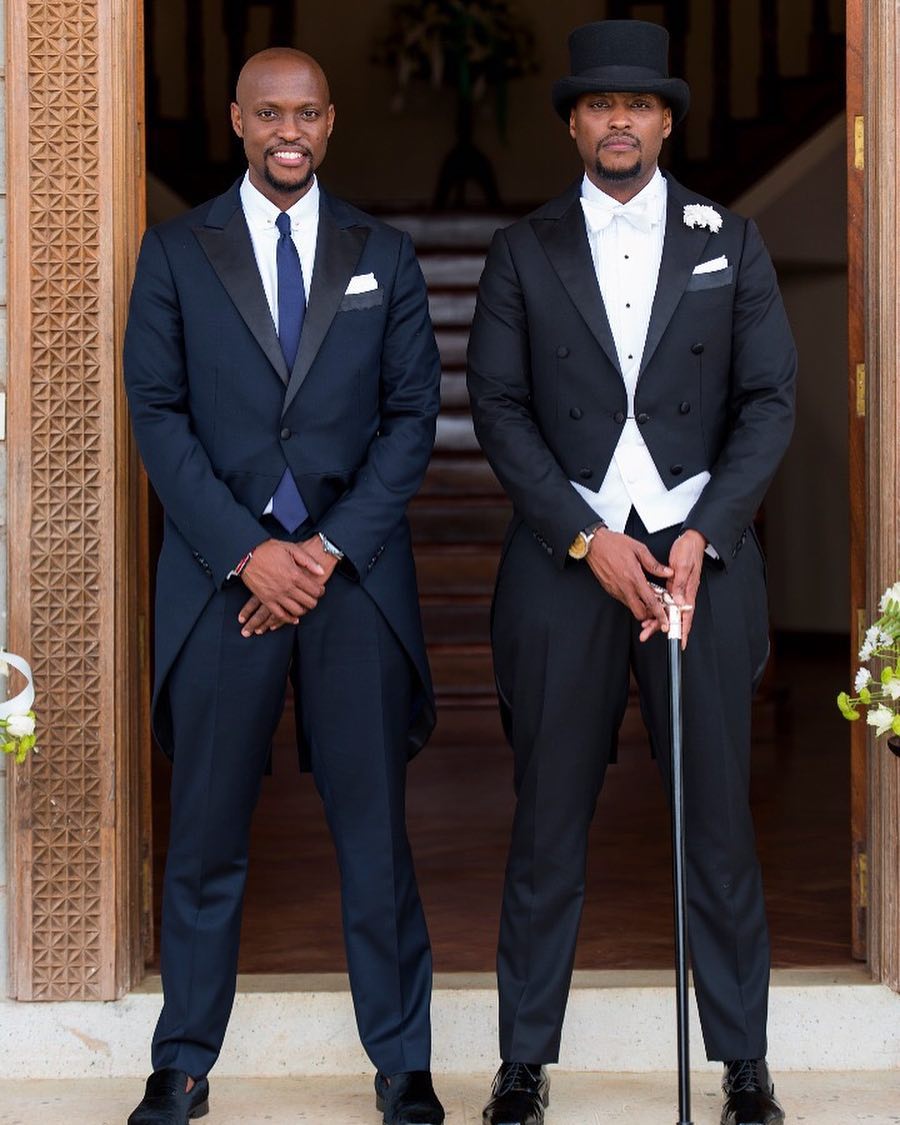 The story went viral shortly after Eddie; and his twin brother Paul Ndichu were caught on camera f******g women at the Ole Sereni hotel.

From Obare’s page, we learn that the brothers had been drinking in the company of young unknown ladies; who they’d probably taken out for the night.

Being Nairobi men, one of the brothers (between Paul and Eddie) allegedly catch the attention of a young lady; who he wanted to join them. But for the first time maybe he got rejected – something that he isn’t used hence the fight.

With such tea, the story about the s********s night made it to Edgar Obare’s page; and just when you thought it wouldn’t get worse – sources ended up revealing how Janet dumped husband, Eddie Ndichu.

Also read: Paul Ndichu’s wife Evaline Momanyi opens up about her past life that the public didn’t know about 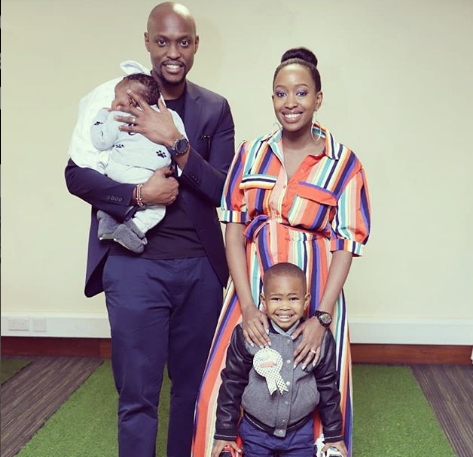 Judging from some of the comments shared by Obare, we have every reason to believe that Janet; and Eddie Ndichu are no longer living as man and wife. 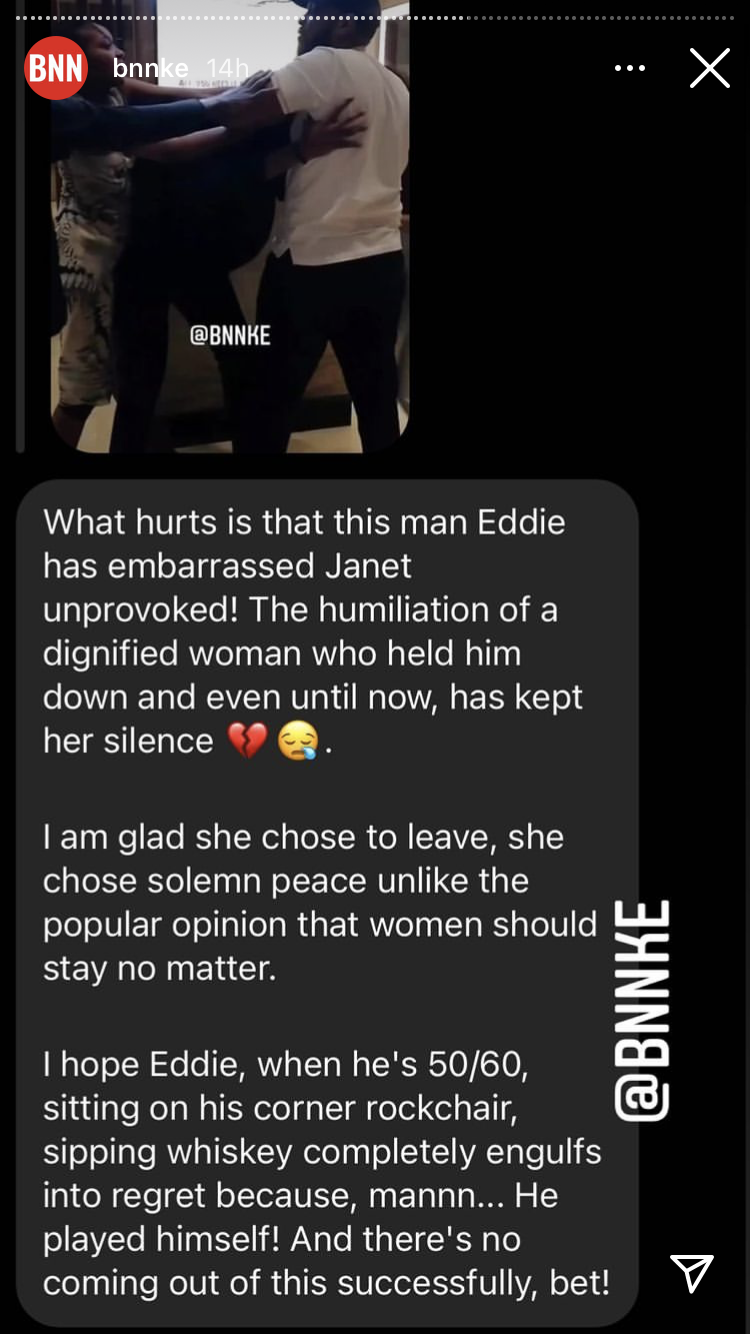 Apparently Janet Mbugua has been protecting her husband who has not only humiliated her ; but may have also been v*****t…something were yet to confirm.

His brother on the other hand is also said to have parted ways with his new wife, Mo Momanyi; barely 3 years after their star studded wedding. 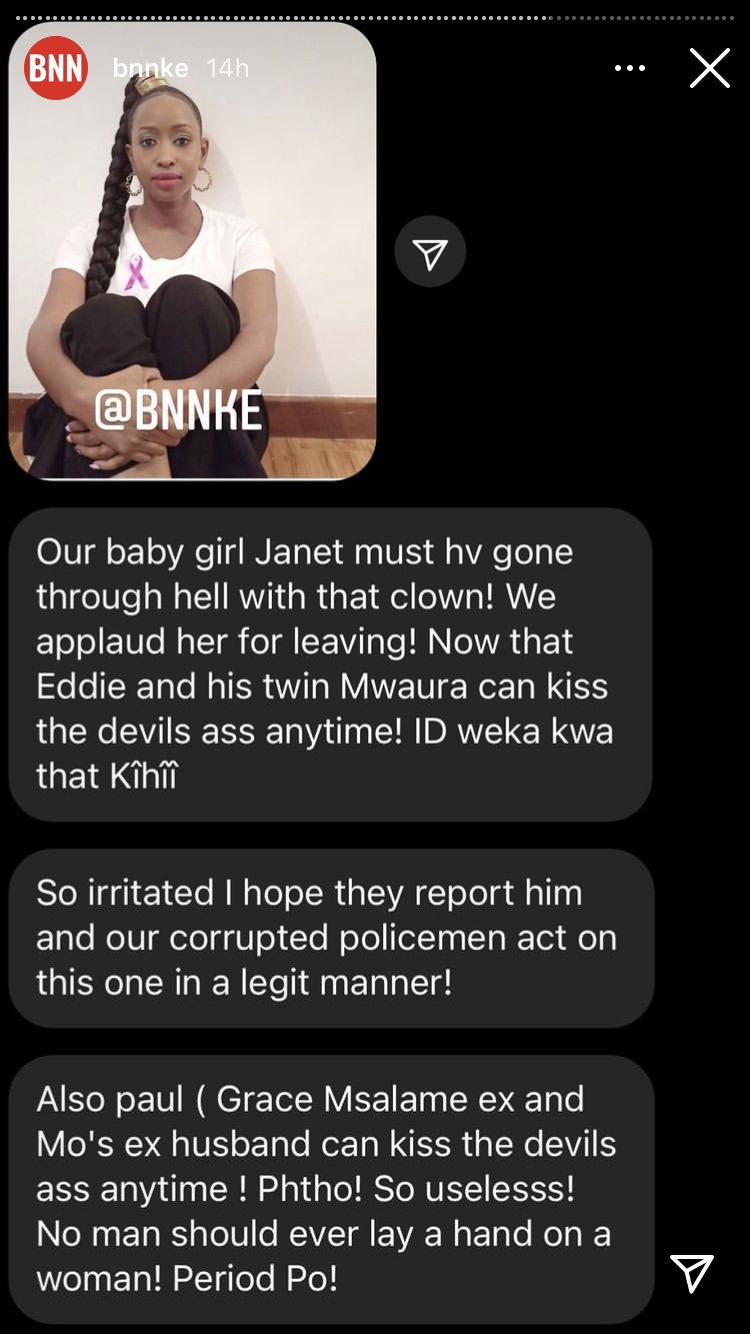 From what fans say is that Paul Ndichu is known for beating women; i.e Grace Msalame back when she was pregnant with their twin daughters.