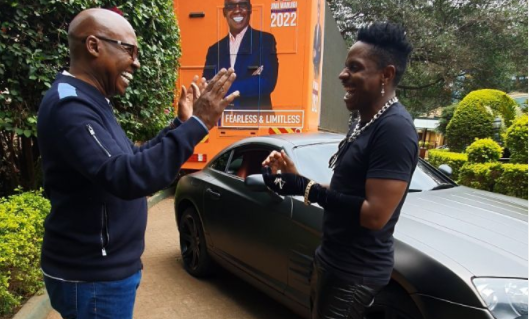 Eric Omondi’s endorsement for billionaire businessman Jimmy Wanjigi has already started reaping him sumptuous rewards. The funnyman is now a sleek-car owner after the billionaire noted his work towards helping him campaign for the upcoming general election next year.

Jimmy Wanjigi decided to make Eric Omondi his chief campaigner days ago after his hash tag #fagia wote; which is aimed at eliminating all those who have been active in politics for decades. According to Eric, Jimmy Wanjigi is the perfect fit to bring change and uplift the youth. 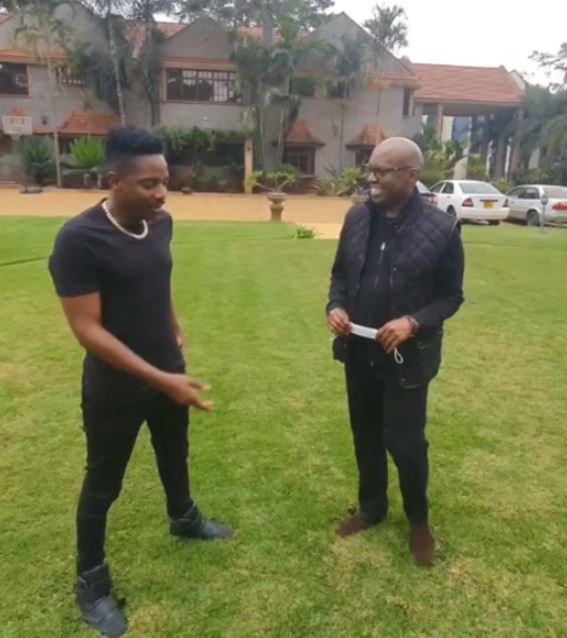 Netizens, however, blasted him for endorsing the tycoon, insisting that the move was owing to his deep pockets.

However, the comedian insists that Wanjigi was his pick, and they had never deliberated about his campaign before their meeting 2 days ago; which he termed as a success.

NEXT PRESIDENT of KENYA His Excellency Jimi Wanjigi @jimi.wanjigi at his Residence. He clearly shared with me his VISION and PLANS for this NATION…”

In their latest meeting today, Eric Omondi has now been gifted a Chrysler car by the business mogul; who is over heard telling him to ride around the country and spread their hashtag #fagiawote. In the short video clip, Eric is handed over the key to the 2 seater; shortly after which he drives off.

The car is estimated to cost Ksh 10 Million and is owned by a few people in the country. Eric Omondi is definitely lucky to be among the few owners.