Jowie Irungu and model girlfriend putting up a dramatic break up on social media? 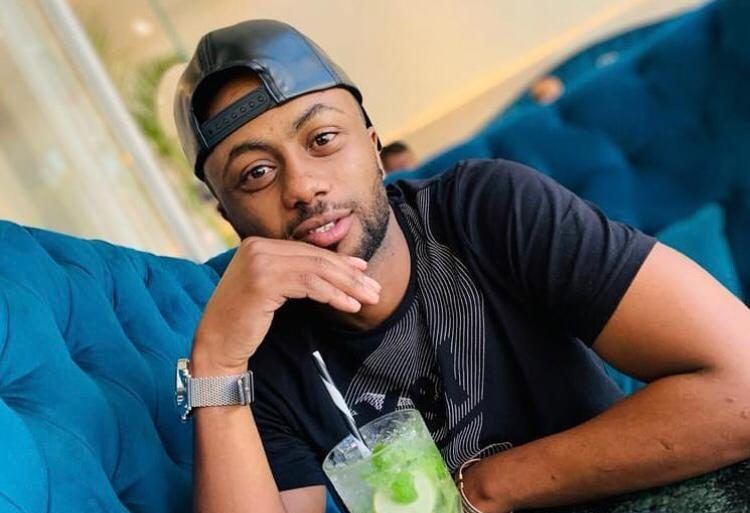 Rumor making rounds on social media is that Jowie Irungu; and his girlfriend, Mica Belella are no longer an item following their recent stunt on social media.

After weeks of parading their love on social media; Mica Belella recently decided to pull down her man’s photos from her IG due to unknown reasons.

However, something about her latest move confirms that this could be a publicity stunt; now that Jowie is no longer making news. Or just a normal break up considering in this 2020 anything and everything is possible. 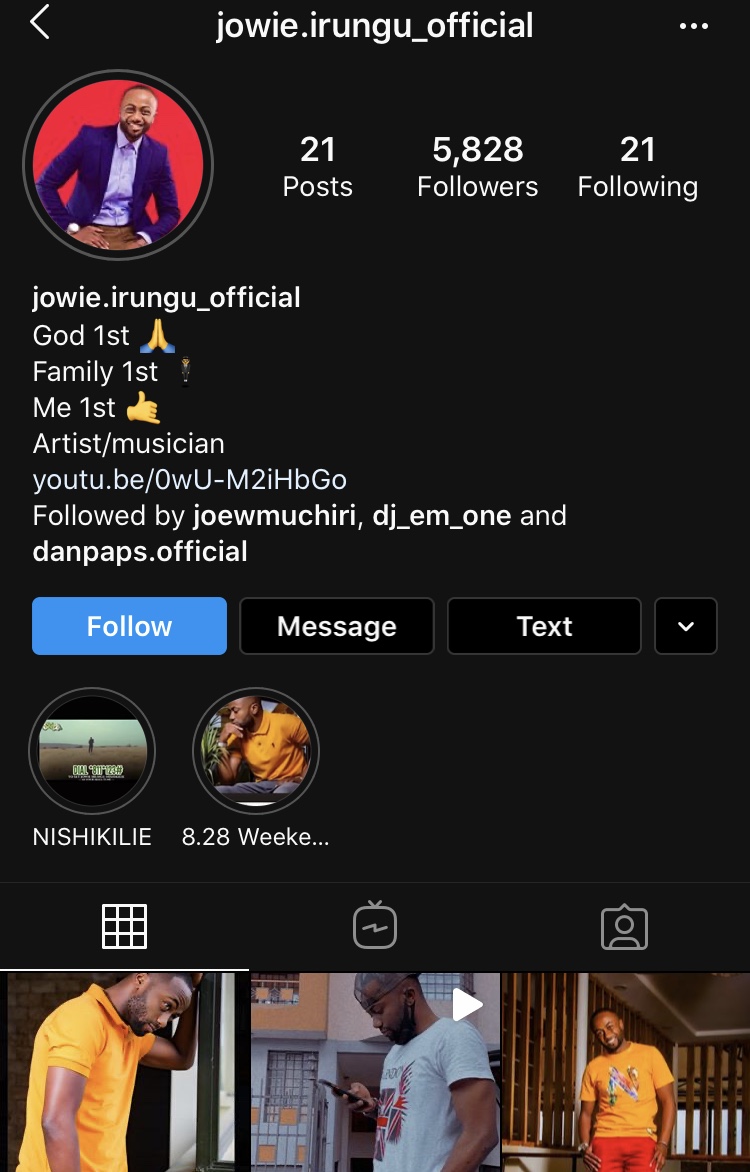 Jowie frees himself from girlfriend?

Anyway after unfollowing the now gospel singer; it appears that Jowie also pulled the same by unfollowing Mica Belella the model he was said to be dating. Petty much? But since we cannot confirm whether the two parted ways; all we can do is hope that all is well between the two love birds.

On Jowie Instagram bio, it clearly shows that the young man has decided to only chase his God; and self happiness considering the challenges he faced back in 2019 at Kamiti. His bio reads;

Apart from following Mercy Masika who is a celebrated gospel artist; Jowie Irungu now follows his boys from back in the day. Surprisingly Nyashinski and Benzema also happen to be on the list but probably this is because he enjoys their music.

Anyway as for now, all we can do is wait for an official statement from the ex couple rumored couple. 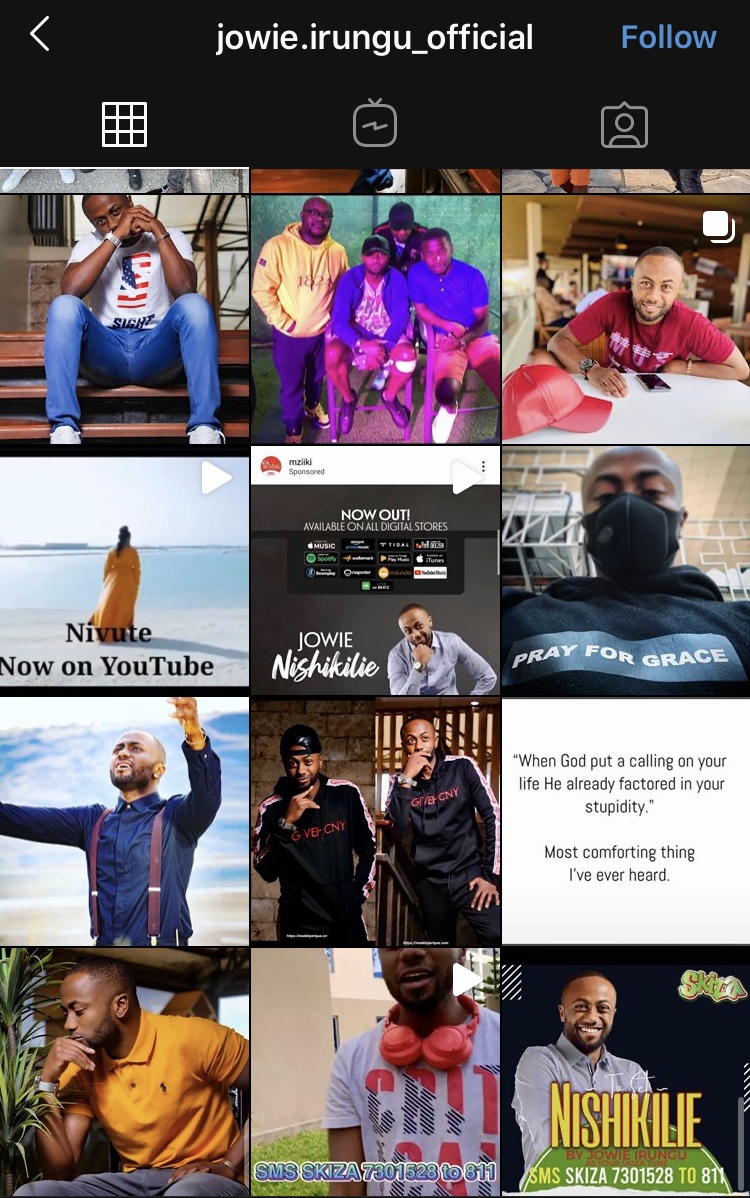