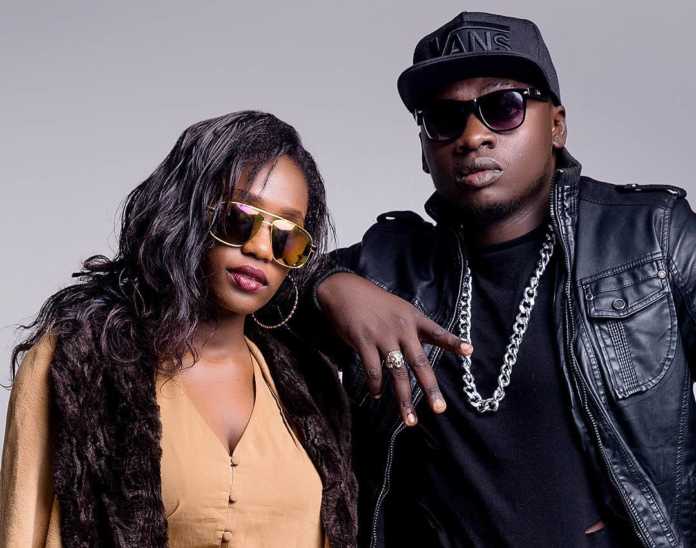 Khaligraph Jones is the talk of the town once again after releasing the official video of Beat It – one of the songs in his Testimony 1990 album.

I was busy minding my business when I came across the song on my YouTube timeline. Since I’m a huge Khaligraph fan, I could not resist the urge to hit play. I mean, what would you have done?

A few seconds in, I realized that it was not an ordinary song, it sounded more like wuod (son of) Omollo was spilling the beans.

And what better way to spend Valentine’s Day than to reveal how your ex lover did you dirty?

You see, the Kayole-bred rapper and his former girlfriend Cash Karimi have been at it for the last few days.

The lass, who shot to fame after featuring in Khaligraph’s Mi Casa Su Casa, has been doing interviews accusing the former of physical assault and a barrage of other things.

Many of us thought she was just out to popularize her new self-titled single which, interestingly, was released on Tuesday this week.

Although her intention was really to announce her comeback, it looks like there were deep-rooted issues between her and Khaligraph which forced them to go separate ways.

In the song, Khaligraph revealed that he had done so much for Cashy and he was really disappointed that she went ahead to cheat on him.

He also called her unprintable names and went on to say that he should have listened when people told him that she is a gold digger.

The video was perfectly done with various scenes depicting the confrontation that ensued when Khaligraph busted another man with his girlfriend.

Interestingly, the audio for Beat It, which is like saying tembeza kiatu, was released in June 2018 but most people didn’t pay much attention to the song until today when the video was dropped.