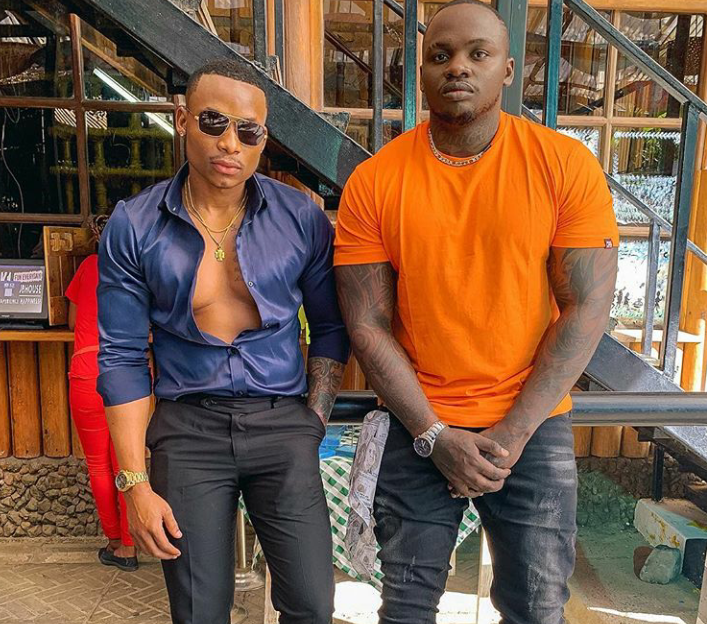 Papa Jones and Otile Brown have finally dropped their long overdue collaboration and it’s much better than what I had imagined when I heard that they were working on another song together.

If you didn’t know, Khaligraph and Otile have worked together before. They have two songs dubbed Imaginary Love and Nataka.

If you are a fan of these two musicians, just as yours truly, then I know you’ve waited for ages to see them on another track, especially now that both of them are blowing up. Well, that day is finally here!

The song dubbed Japo Kidogo was released a few hours ago. A quick peek at the comments section on YouTube confirms that many people can not get enough of it.

Maybe, just maybe this will be the biggest club banger this year. But then again, it’s so hard to tell seeing as we have 9 months before the year ends.

Vicky Pon Dis really did justice to the beats of Japo Kidogo. This song will put you in a good mood from the moment you hit the play button. You won’t resist the urge to dance along to it.

In this song, Khaligraph shows us for the umpteenth time that he’s not only a good rapper but also a great singer. He’s by far the most versatile artist out there. If you are here for Papa Jones then skip to 1:36. You’re welcome!

The video was shot at K1 Klub House by the one and only Enos Olik. You know what to expect when you hear that name. Nothing but class.

Before I forget, the choreography in the video was also on point!

Watch Japo Kidogo below. If I were you, I’d get some good earphones for this moment.

It’s a good time to be alive. It really is.