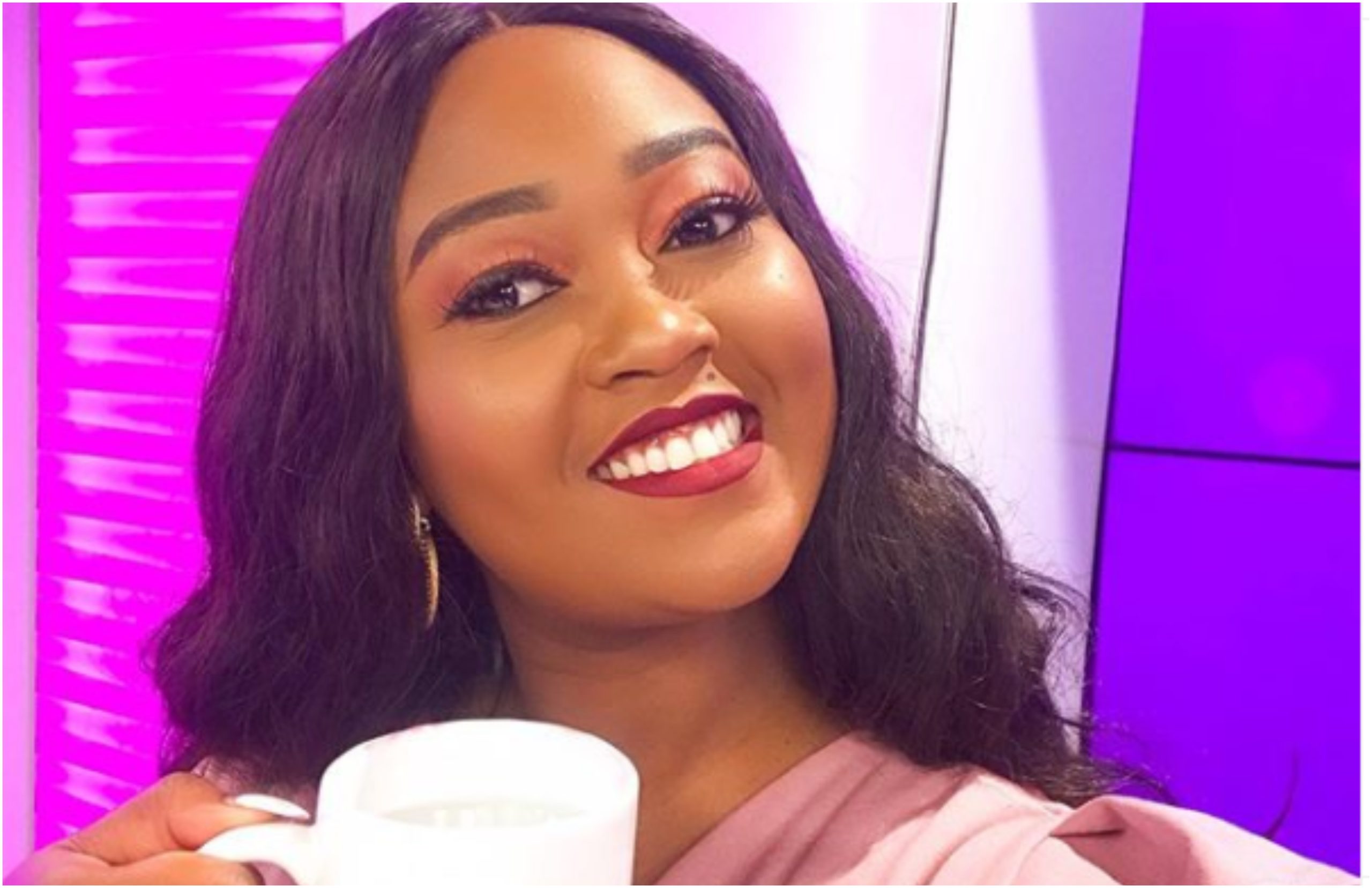 Ever since starting off at Switch TV as Chatspot co-host, Nana Owiti has only brought in her A-game.

It proved a little tough to keep up with on her first days at the station but soon enough, she caught up and is almost taking over especially if her fashion trend is anything to go by. 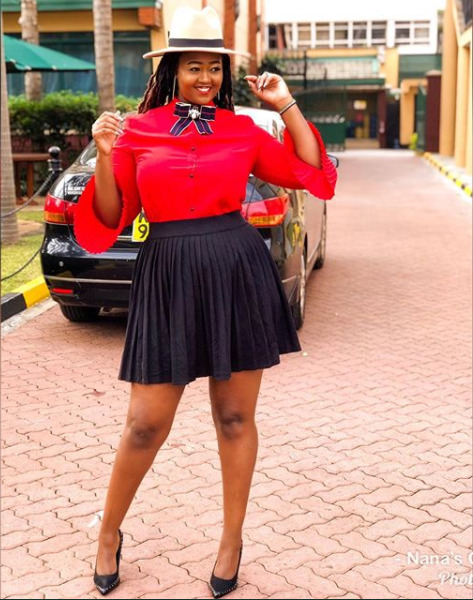 She’ll get her sweat pants on and still look hot, have her long dresses or short skirts or even the shorts themselves and still slay like the Queen she is.

Times she went in for bold colors, other times she kept it subtle, sometimes going the extra mile to have it sporty but either way, left fans thirsting.

Unfortunately, the babe last week went a bit overboard and decided to have it baggy from top to bottom with a shirt dress that completely covered her up. This left fans lashing out at her fashion advisers and designers for duping her with ‘cool’ looks that were nothing but ‘outdated’. 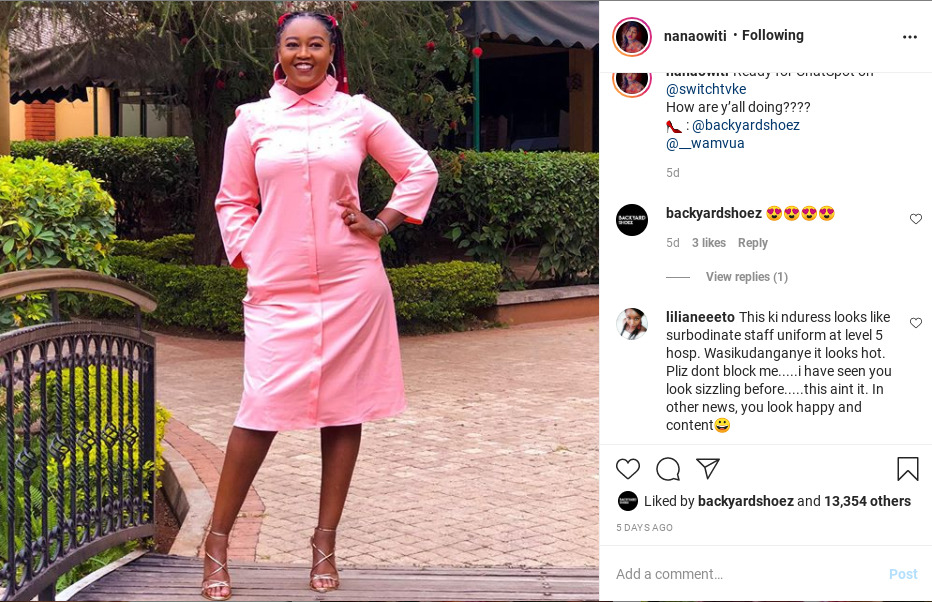 Well, the mother of two has made her comeback. In the bright sun, Nana had the rays hit her open chest in a leopard print dress stylishly cut out and tight fitting enough to curve out the edges and her look literally left fans dumbfound.

Some begging her to go slow on them, a section asking her to keep up the fire, while others could hardly say much. Have a look: 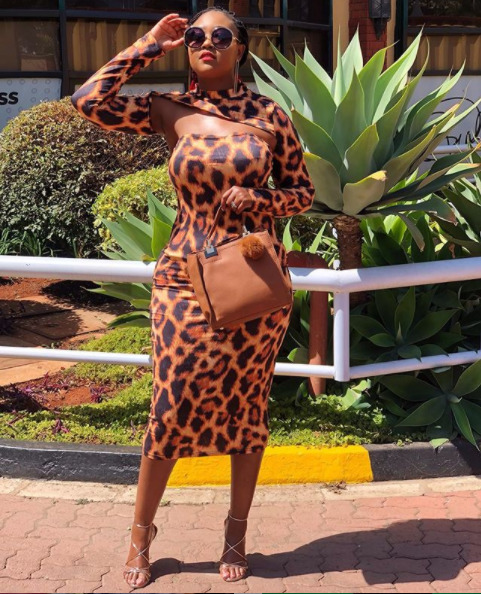