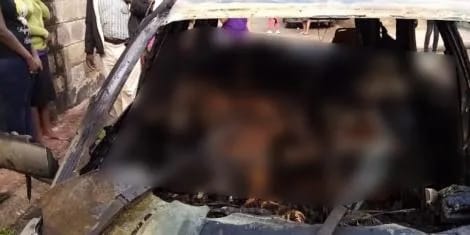 Terence Korir has been identified as the man who was burnt beyond recognition in his car parked right outside his house in Buruburu, Maimahiu court.

Photos showing how badly the body was burnt have now left kenyans demanding the DCI to look into the matter; as this appears to have been murder probably being covered up by the persons who set the car on fire!

Speaking about this situation, the police who were present at the scene have also revealed that something about this incident seems fishy; however the postmortem set to be carried on the body will soon reveal what may have caused the death of the late Korir.

One of the officers who was present at the venue opens up saying;

“He seems not to have struggled to run away from the fire. Unless he was trapped or drugged, we suspect he may have wanted to die,”

Kenyans on Twitter have also gone ahead to plead with the DCI to handle the case in a proper manner that will bring justice to the young man who also happens to be a father of two.

According to most tweets, the accident definitely makes no sense as there is no sign of struggle from the burnt body; nor is there a clear explanation on how a body would burn to that extent without a person screaming for help. 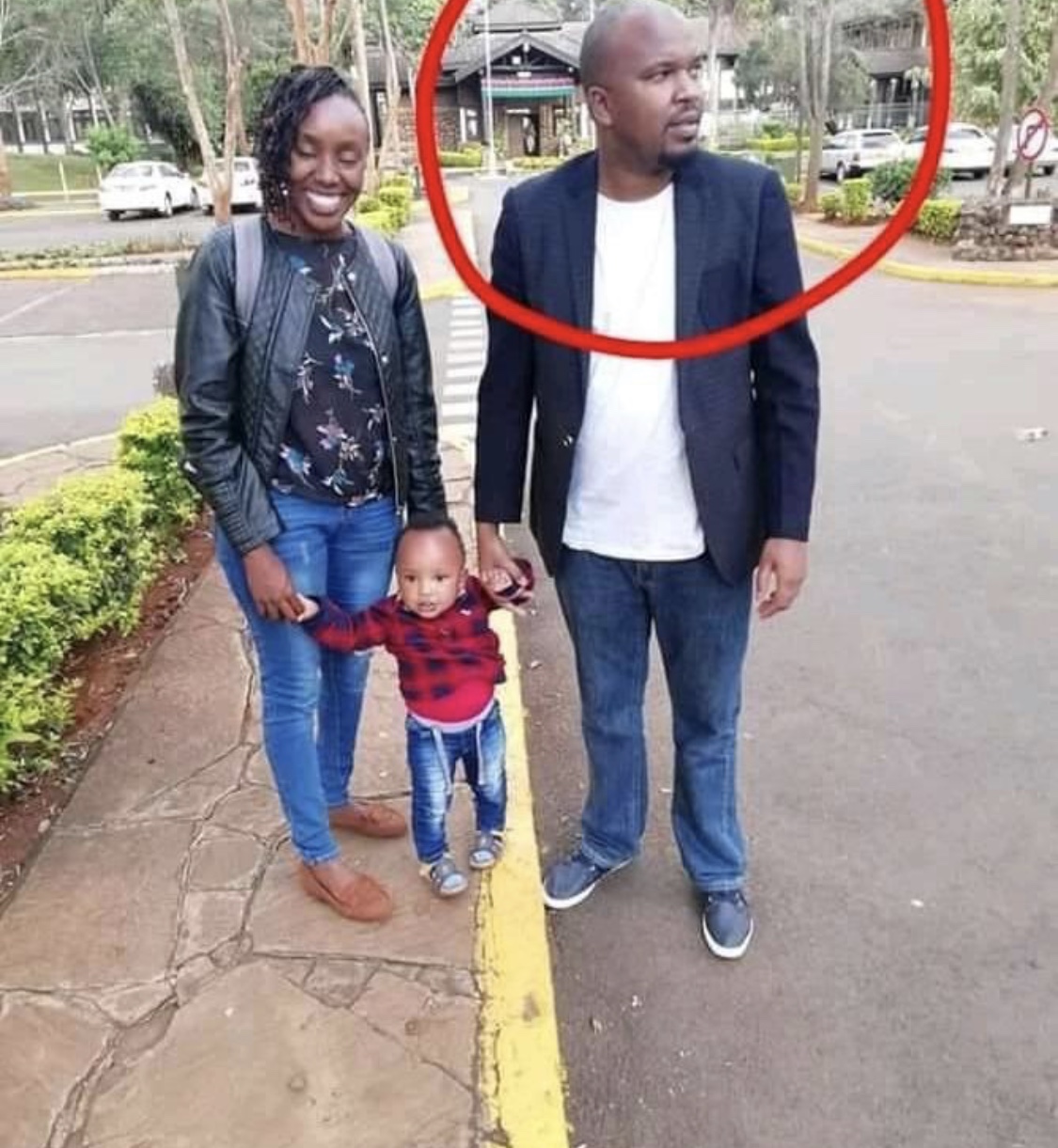 The late Terrence Korir with wife and son

Also, from the photos it appears that the fire only affected the drivers side….which even makes this more suspicious.

About the late Terrence Korir

Apart from being a husband, the late Korir was also a father of two boys who have been left fatherless.

Many have now linked the wife to the murder, however in this case it is quite hard to point fingers; especially with the fact that his wife could be hurting. 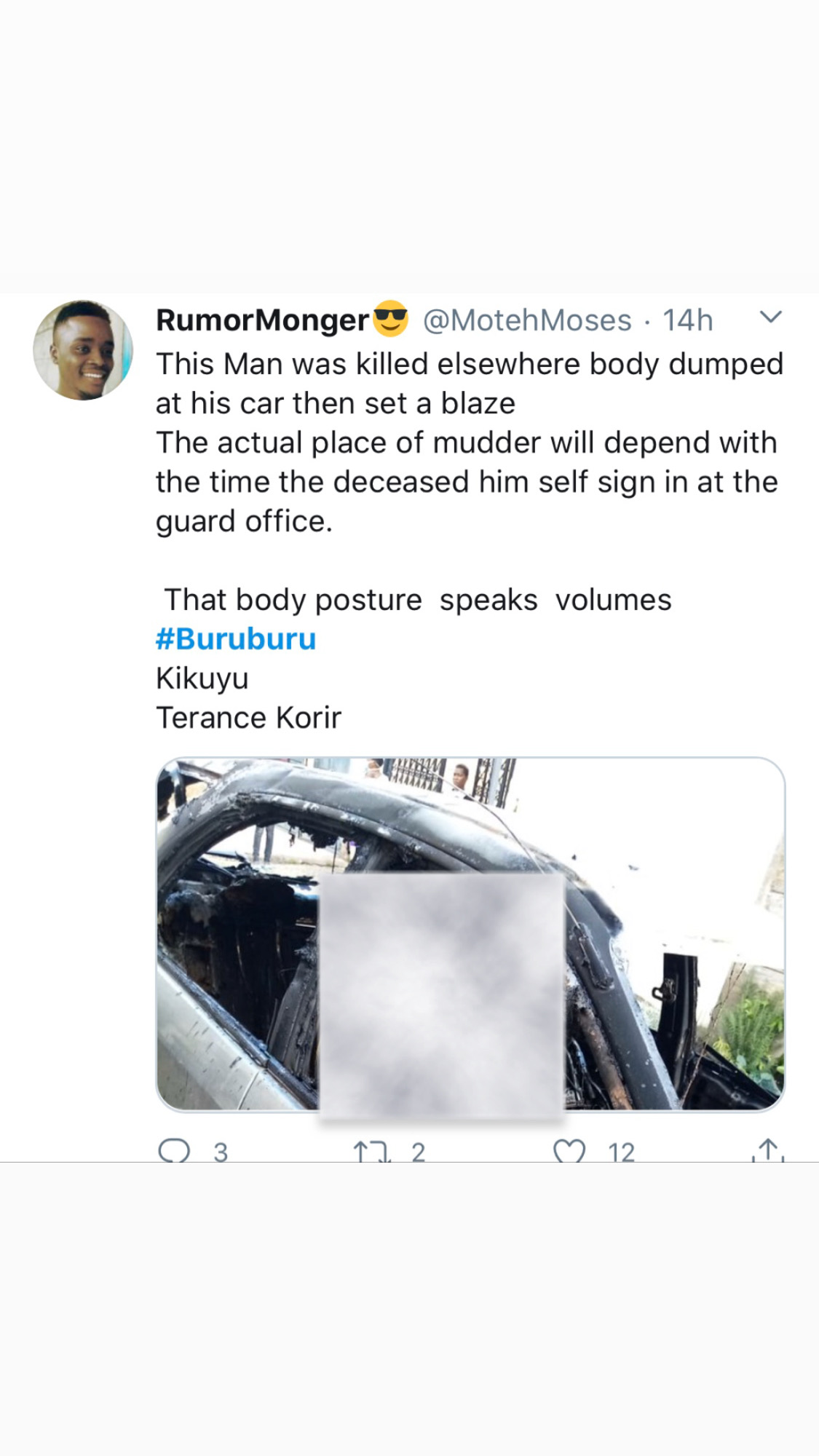 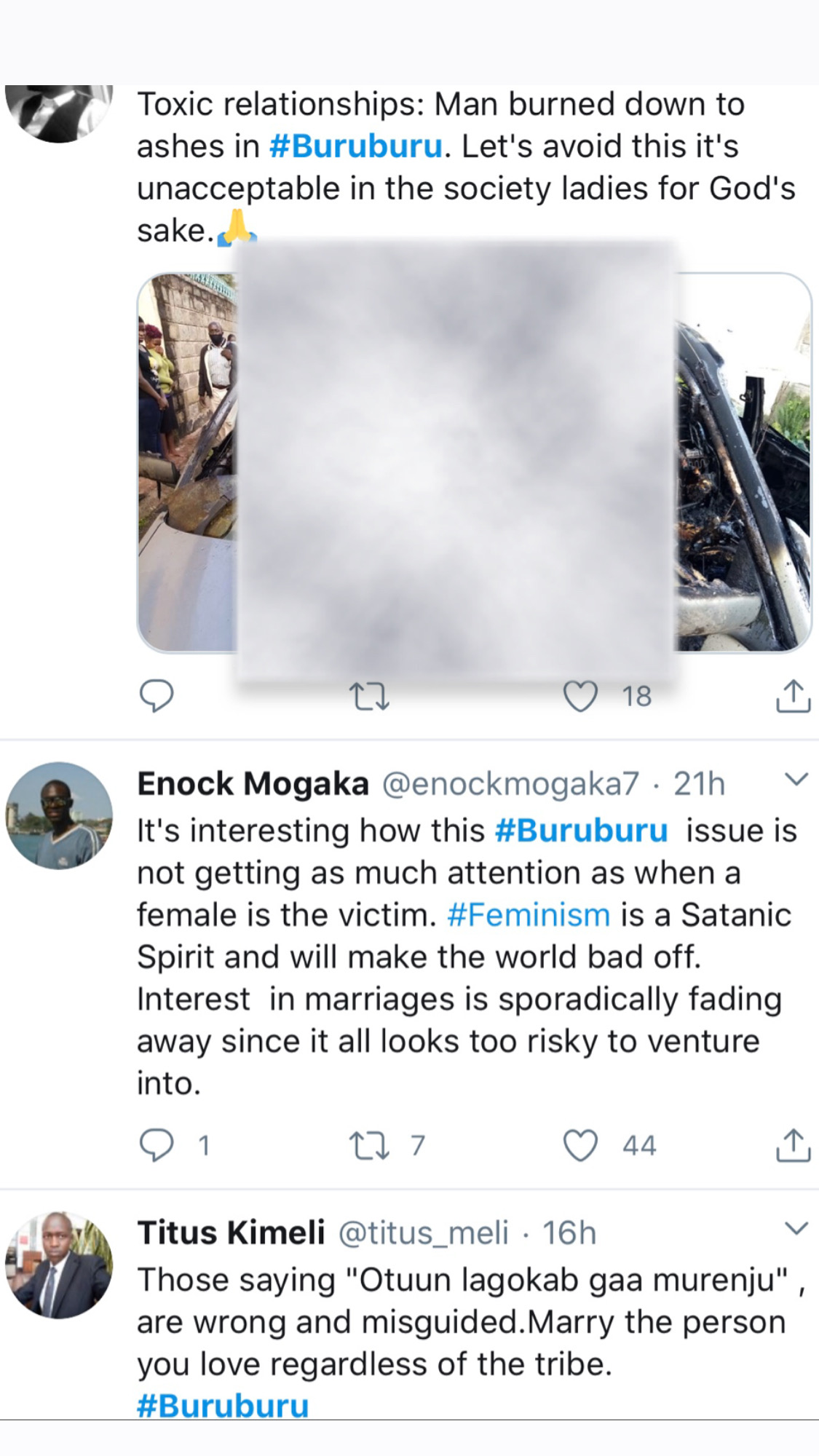 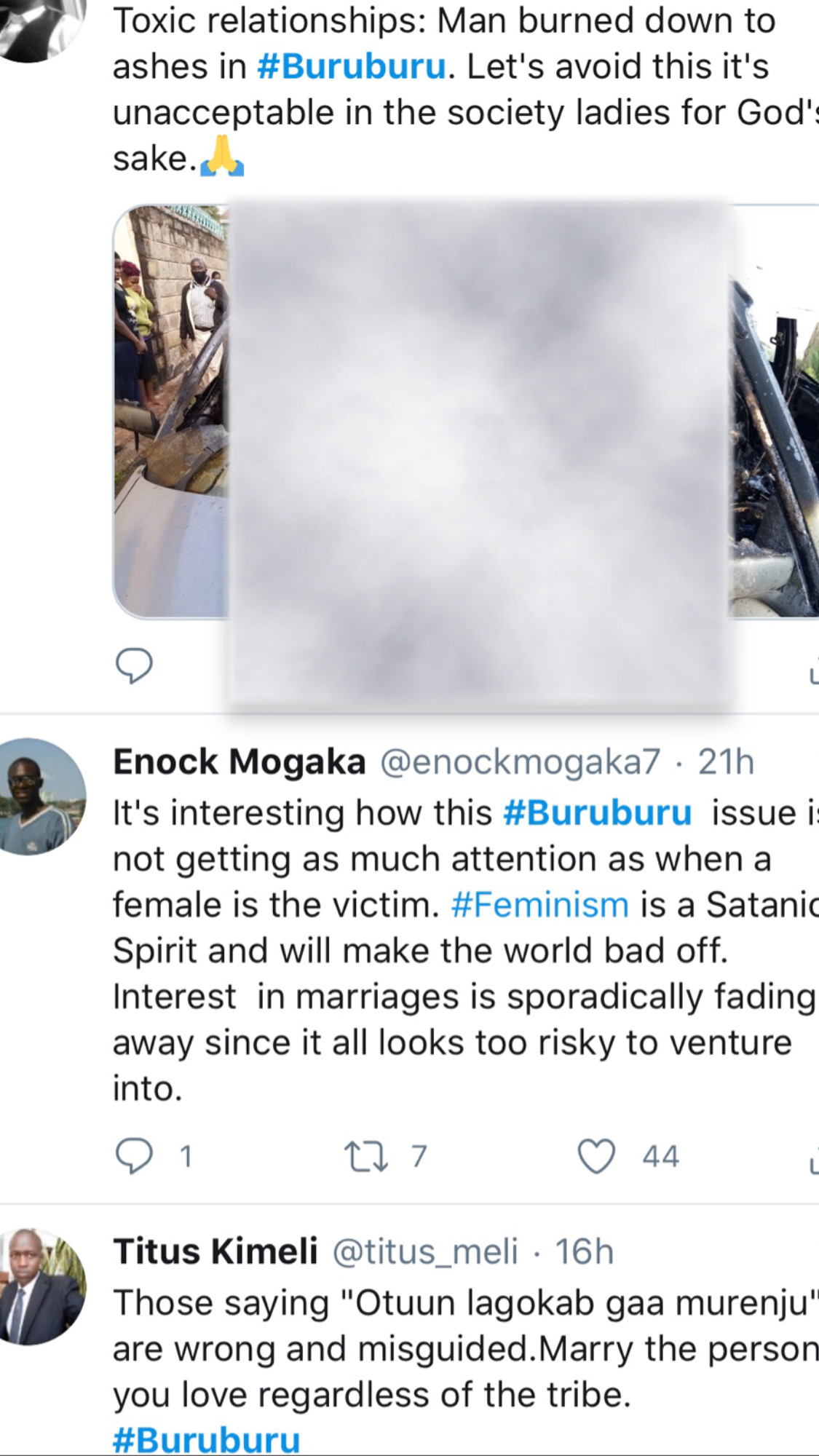 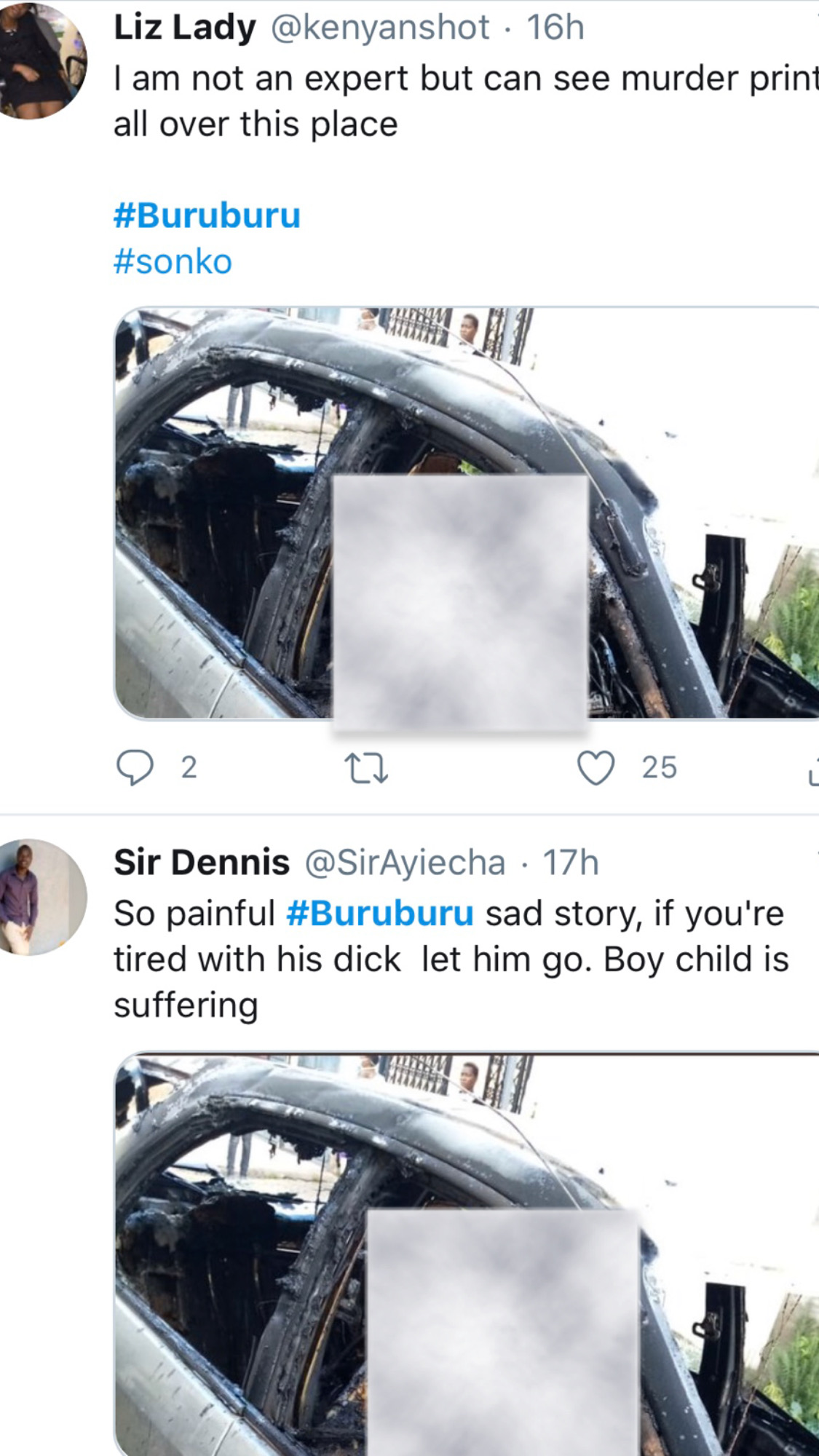 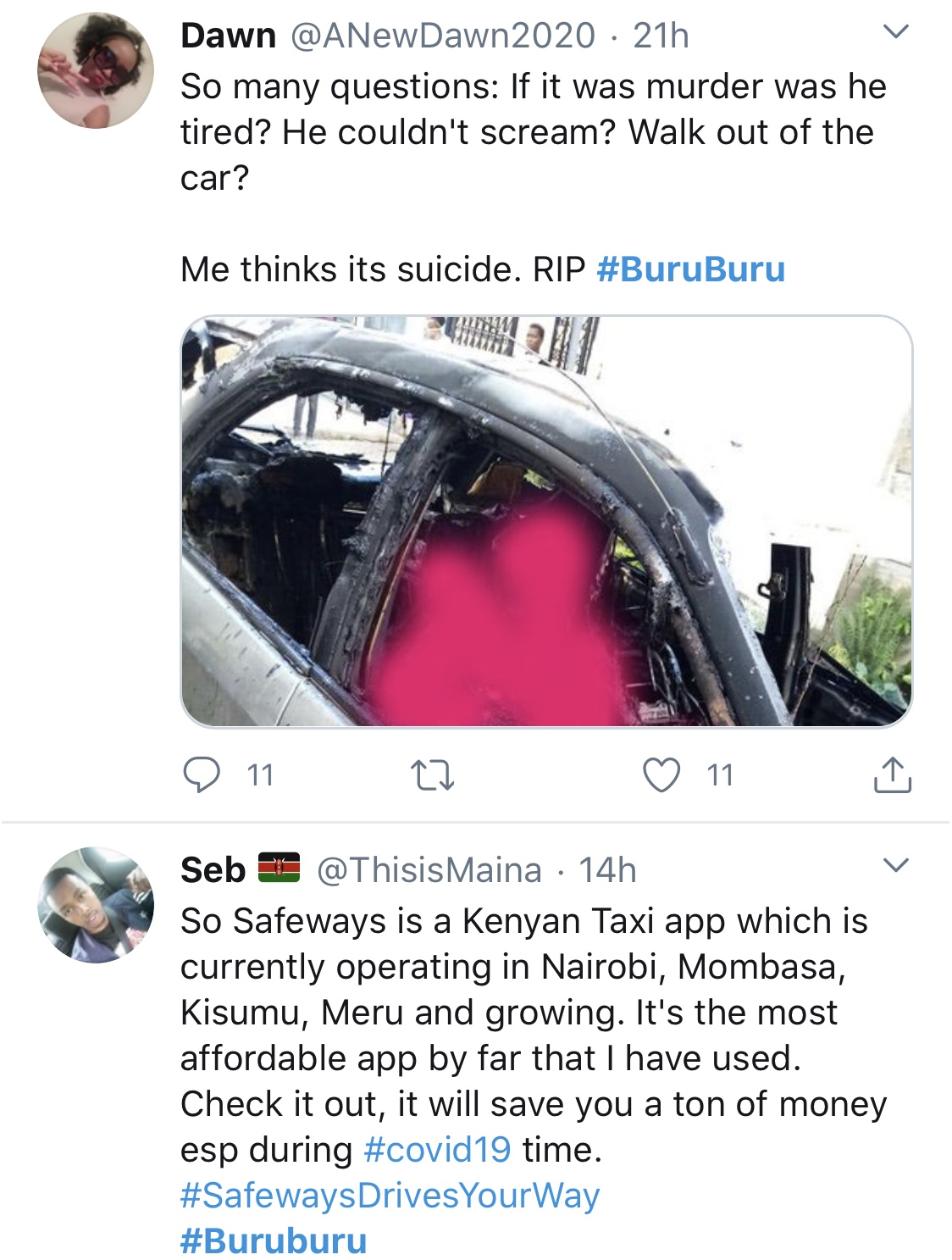 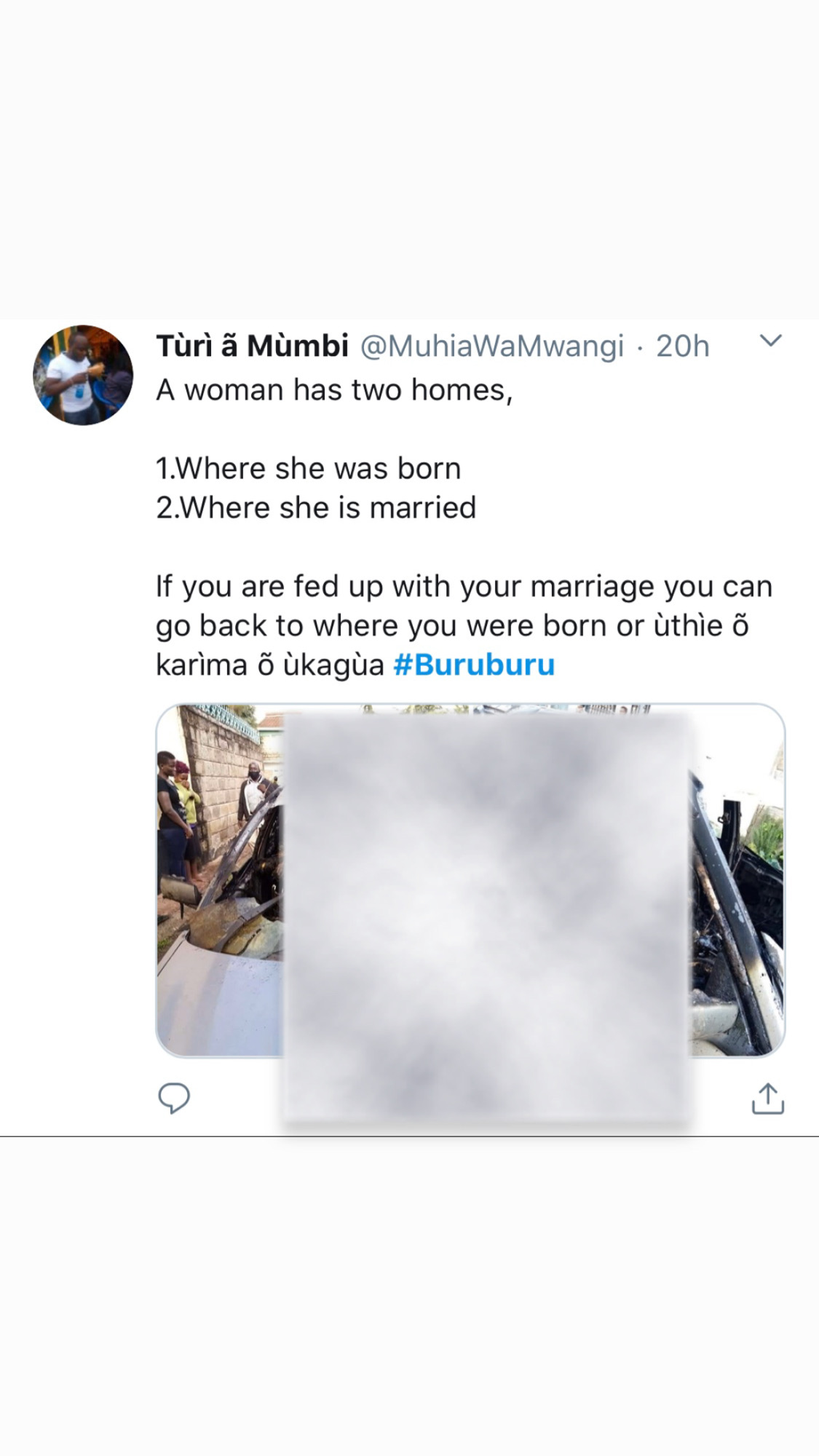