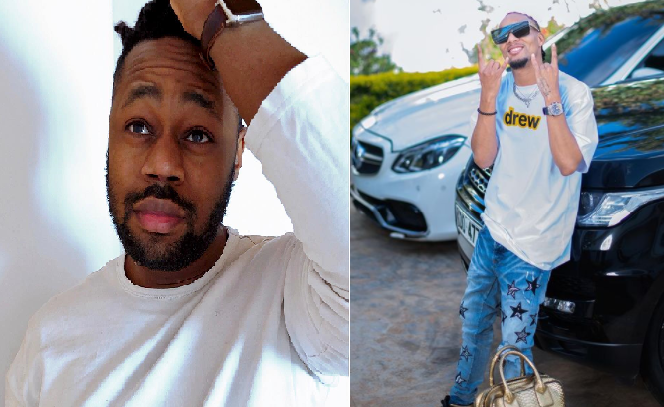 Popular Blogger Edgar Obare is well known for his numerous exposés involving local celebrities. Through his Instagram accounts, he was able to perform this with the help of his surreptitious ‘students’ who are always equipped with receipts to prove their exposés as real.

The joy of exposing celebrities is now on the edge after the indefinite closure of his Instagram accounts. After his verified one was shut down last year, he moved to his BNN account and proceeded with his work. This account had already started picking and gained over 240K+ followers. 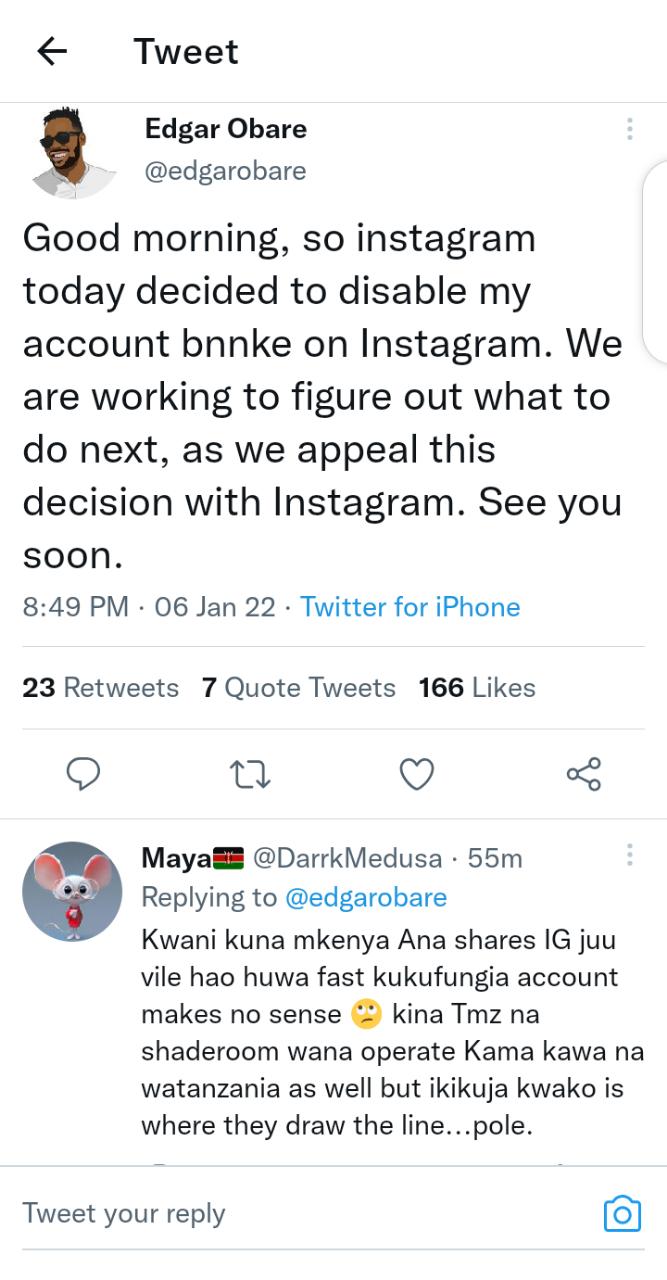 KRG Lashes Out At Obare

One of the celebrities who has celebrated Obare’s downfall dearly is KRG the Don. The musician has taken to his Instagram to state that he contributed to the closure of his account.

”I had said I will delete BNNKE for this planet they thought I was joking🤣🤣🤣. Who is laughing now… 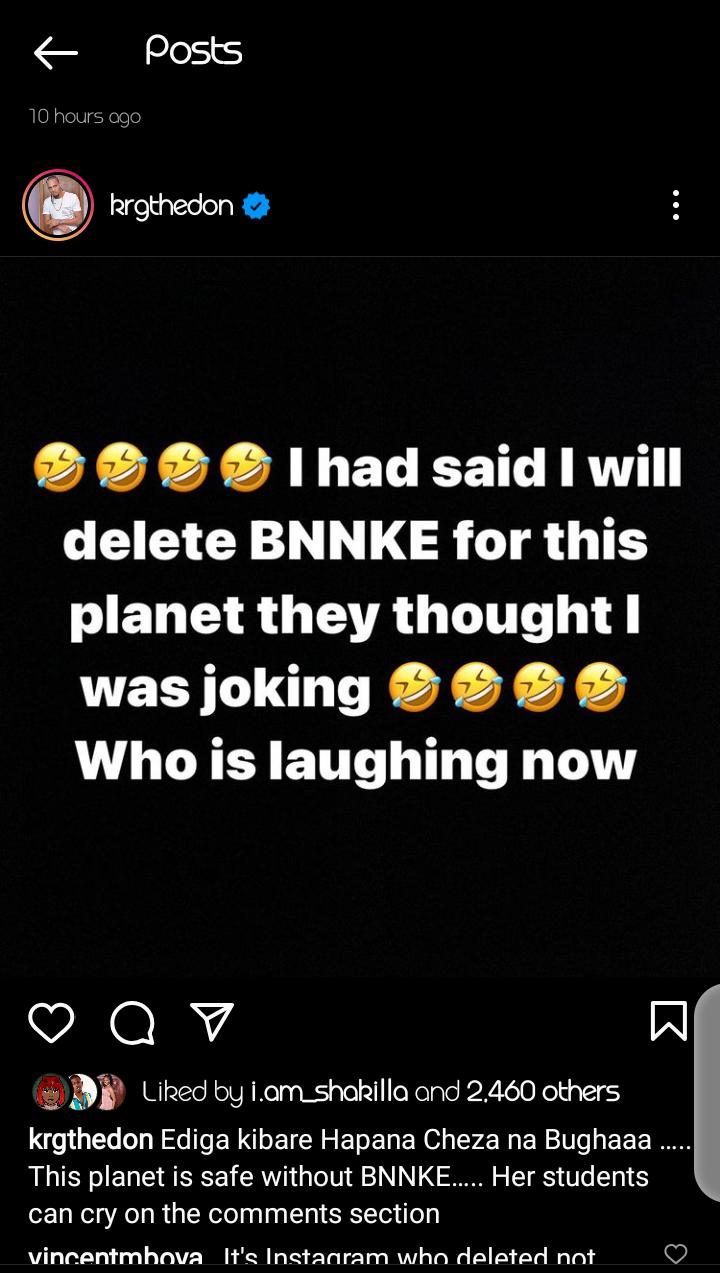 Edgar Obare had exposed KRG on a couple of occasions, including involving him in ‘wash wash’ cartel.

In addition, the blogger has had a tumultuous time while at his work; including getting kidnapped and tortured. He has had to live his life in hiding to avoid the same. His brother was also kidnapped last year after his ‘wash wash’ exposé that involved some ‘big fish’ of the country.