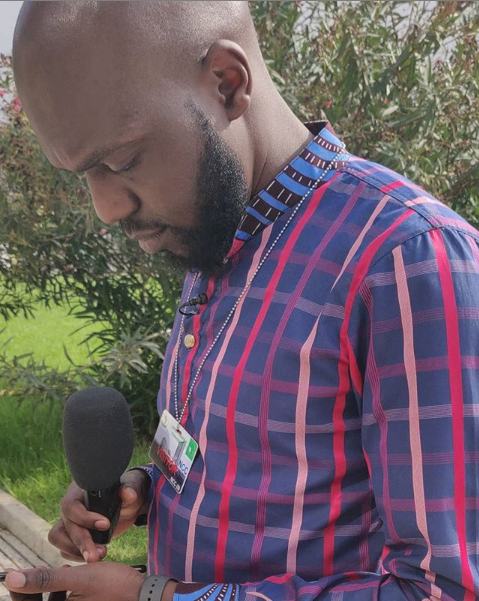 Renowned Kenyan journalist, Larry Wadowo has questioned his safety in the US just days after getting there.

Saturday, the 3rd of August 2019, the BBC journalist set foot in the American motherland only to be welcomed by news of a mass shooting at a Wallmart store in El Paso, Texas.

I came into town and they named a street after me 😎

However, he thought that was it but early Sunday morning he woke up to news of a mass shooting in Dayton, Ohio.

He grew cold feet before questioning his safety in his new ´home´.

However, this did not totally augur well with the Americans and one John Siebert shot back:

I have received a warm welcome, evidently.

I have two words for you. Get Out !

His tweet has attracted way over 1.5 K retweets and 6.1 K likes

The US mass shootings claimed the lives of 29 individuals leaving more than 40 wounded.

But Kenyans sided with Larry right from issuing ´travel advisories´ against the US, to urging him to just return home until the US is declared ´a safe space´.

I didn’t actually go inside. I just came for this picture because I’m shallow. And unless I can have the Mona Lisa to myself like Jay Z and Beyoncé, it’s not worth seeing again 😏 (📸 @lizmadowo)

It has been push and pull between international media and Kenyans over their kind of exaggerated content published.

This is not the first by the Knight-Bagehot Fellowship beneficiary after his hard-hitting opinion piece ¨Africa is doing just fine¨ that bashed Western media for always portraying Africa in bad light.

This rubbed against international media journalists wrongly, who in turn criticized his piece, terming it as ´offensive´.

Madowo who is currently in the US is on a 1-year study leave at Columbia University in New York City, with a scholarship admission to study business and economics.