Njoki Chege built a persona of a ruthless alpha female through her column on Daily Nation. But on Saturday the popular columnist revealed her true nature in the letter she wrote to Babu Owino.

Compassion is the word that best describes Njoki’s open letter to the controversial Embakasi East MP. Unlike in other columns where the introduction alone is usually filed with bile, Njoki’s letter to Babu Owino starts with her admiration for him before she moves on to positively criticize him for the crude words he said about Uhuru Kenyatta.

Below are the 6 things Njoki said to Babu in her letter that proves she cares about the controversial MP:

“Aye Comrade!” you said. I was surprised to hear a bubbly voice on the other end, cracking jokes and asking me how I have been all these years. It occurred to me that as an acquaintance, I needed to do more than write a news story about you. So I have decided to write you a letter. I like you, Babu. I like your vim, courage and drive. You are a bit of a “drama queen”, with your silly little antics but all the same, I think I am right when I say you’ve got your heart in the right place,” wrote Njoki in part.


2. She reminded Babu about his past and how he made it against all odds

“Many people don’t know how far you’ve come. As someone who has written your story a couple of times before, I know you grew up in a slum in Kisumu. To make ends meet, your beloved mother used sell chang’aa and engage in menial jobs just to put food on the table. From what you have told me in the past, you had a rough childhood and started spending nights in police cells when you were still in primary school; when police would crackdown on chang’aa brewers.” 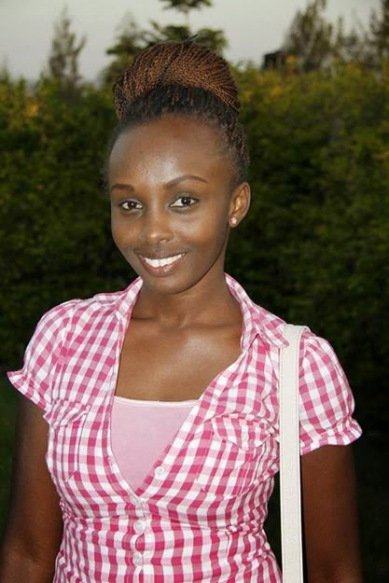 3. She reminded Babu he had already succeed in life at only 29

“Let nobody lie to you that you are not doing well for your age. There are not many 29-year-olds that are in your position. The truth is, you are a young achiever and you have done very well for yourself so far. I would even say you have proven yourself already. On top of that, you have a few things going on for you. You are educated, young, brilliant, dripping with youthful energy and you have a lovely young family.”

4. She politely warns Babu he was heading towards a dangerous path

“However, there are a few loose ends you need to tie up, and this is where your smile might disappear. Babu, you need to stop. You are fast hurtling down the path of self-destruction and self-sabotage. Like many Kenyans, I was shocked beyond words when you uttered the words you did at that rally. No matter how you try to spin it, it came out very badly and this is not looking good. People are angry out here. I am angry, too.”


5. She tells Babu he could do better as a politician

“Babu, you ought not to be like those other uncouth politicians. You can cultivate some level of refinement and intelligence. You sat in an actuarial science class and now almost completing a law degree. It’s high time you stopped behaving like an ignorant, bucolic yokel and started to behave like the leader the people of Embakasi East Constituency elected you to be.”

6. She asserts that she still believes in Babu Owino’s ability to do the right thing

“You’re better than this. I am one of the few Kenyans who still believe that there is room for redemption. So pull yourself together, clean up your act and be the leader you were born to be.”

Notice Njoki Chege didn’t use the same tone with DJ Mo, she went HAM on the gospel DJ all because Mo confessed that he put Size 8 through a series of tests before he finally married her.