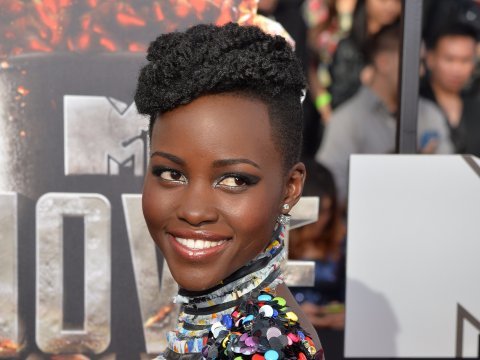 Lupita Nyong’o opened up about her childhood struggles with her complexion and self-image in 2014. The actress has now decided to write a book inspired by her struggles.

Lupita has found a new way to express herself – writing. The actress will publish her debut children’s book ‘Sulwe’ in January 2019.

‘Sulwe’, which means a star in Luo, is a story of a 5-year-old girl who is growing up in Kenya. Sulwe has the darkest skin color in her family which makes her so uncomfortable that she is determined to find a way to lighten her skin.

“I am pleased to reveal I have written a children’s book! It’s called “Sulwe”! Sulwe is a dark skinned girl who goes on a starry-eyed adventure, and awakens with a reimagined sense of beauty. She encounters lessons that we learn as children and spend our lives unlearning. This is a story for little ones, but no matter the age I hope it serves as an inspiration for everyone to walk with joy in your own skin. Coming January 2019!!” Lupita Nyong’o announced on social media.

Lupita was motivated by her own childhood struggles with her complexion and self-image to write ‘Sulwe’. In 2014 she gave a powerful speech at the 7th Annual Black Women in Hollywood awards where she revealed how she was teased for being dark skin.

“I remember a time when I too felt un-beautiful. I put on the TV and only saw pale skin. I got teased and taunted about my night-shaded skin and my one prayer to God…was that I would wake up lighter skinned,” said Lupita Nyong’o.

She spoke about how her mother’s support on her journey to self-acceptance. Lupita said her mom’s constant insistence that she was beautiful exactly as she was helped her accept black is beautiful.