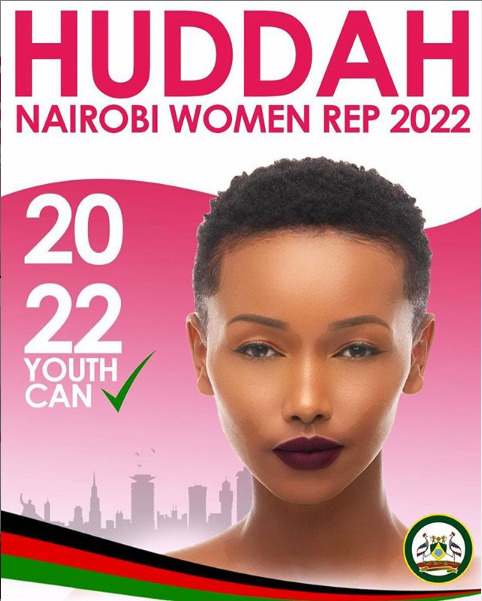 According to the recent chain of events, seems politics has now become the escape route whether for celebrities, personalities or just whoever shows interest.

The Kenyan socialite has on a couple of occasions expressed interest in the field of politics, sometimes aspiring to be Kenya’s President, but we took that for a bluff.

Gun to your head, 60 days to make a million 💰 . What would you do??? That’s your business idea right there …… stop overthinking ……. . Lips @huddahcosmetics #TheQueen ❤️ #HuddahGlam #AfricanSauce #StarGal⭐️

So now, she told fans she might consider vying for Esther Passaris’ current position come the next election in 2 years’ time.

In a cryptic post, the businesswoman made her bid public to fans who soon after gave her the go ahead to do so. Her post humorously reads:

However, after condemning the recent drama going around the coveted Kibra seat, Huddah has decided to join the muddy scene of politics in Kenya too, articulating:

let huddah be its her life if she wants to run for election let her even if you say its a problem sh emay end up being elected and you will still he left saying their is a problem…..@huddahthebosschick ukona support system tosha okrrrrr

Kenyan girl .her every good lovely and humble girl. More life for .I support you but haven’t money.One love. Huddah.😍😍😍