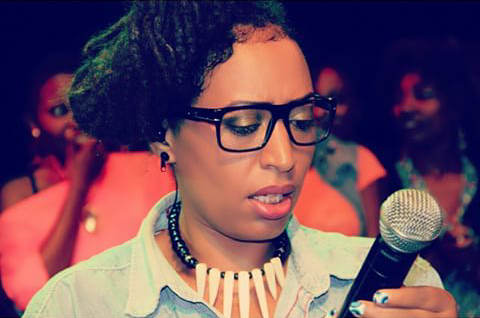 A few weeks ago Tanzanian rapper Harmo rappa`was attacked on stage by one of Wasafi records fans and this seems to be something or rather a habit fans are starting to adopt.

Well, two weeks ago Nazizi found herself in the same situation as one of her fans attacked her using a broken glass and from the stitches she got, seems that the guy was aiming straight for her face which he did not manage to harm.

Through her instagram Page Nazizi shared some of the photos showing how the guy hurt her and surprisingly she revealed that the club’s management did not bother to take her to hospital nor did they arrest the guy on the spot. She wrote to narrate the story staying… 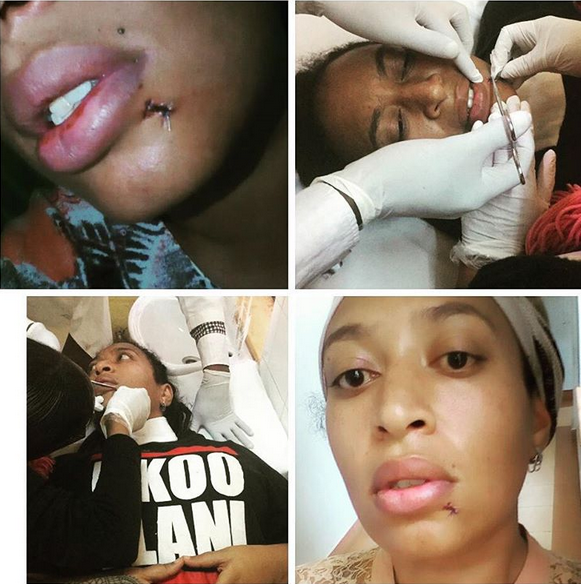 Two weeks ago I was attacked few mins after getting of stage by a man who I have now come to know.
He started with attacking someone in my crew by stabbing him in the back and when i walked up to see what was happening he attacked Me and cut my face.

His weapon a broken glass. His reason ..unknown.

The club owner did nothing to get my attacker arrested as i pointed the attacker out to him and his security…neither did he help me and my crew get to the nearest hospital. During the attack I kept asking myself why ? Why me ? On the drive down to the hospital 2 and a half hours from Nairobi more questions flooded my mind ..how bad was the injury? Will i ever feel safe again? whose going to stand by me ? Three stitches later I was able to look in the mirror and at that moment i felt relief and gratitude i was ok and I was going to survive this. Next step was to report the incident at a police station. 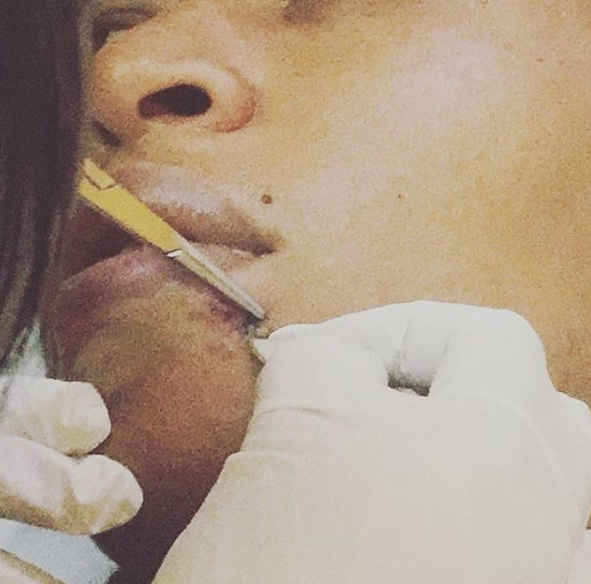 She went on to say that she was forced to reach out to her dad and family who came to her rescue. Nazizi added that the police very cooperative as they tried to get to the bottom of the matter.

The first person I called was my dad followed by mum. They were both very concerned and supportive but most of all they believed my story without one doubt in their mind. The next thing i did was reach out to “friends” for moral support and advise. The police were very cooperative when my family and I drove back to report the incident, and 2 weeks later we had the opportunity to sit in The same room with the man who attacked me. It felt like a dream… My father, Mahedere, jah Pilla, Phill and i had made 2 trips down investigating the incident with a lot of challenges that I cannot disclose.. and now here we were face to face with the suspect.

According to her…Nazizi says the attacker had no reason to attack her and that he was just too excited to her in person. Anyway, we are still not sure how the young man accessed the stage since we all know that a club is usually packed with bouncers especially a night when they know a celebrity will be performing.

At this point I started to think of the few people who doubted me.. the ones who called to ask me what really happened? Are u sure hamukuchokoza mtu? The ones who never showed up to see if im ok..What would they say if they sat in the same room with the man who attacked me?Or would they be disappointed that i was telling the truth?
I asked him why and he said he came as a fan he was there really early and excited just to see Nazizi and he has no explanation to why he did it…all he had was an apology. An apology that touched my heart.
Just when I had lost my hope in humanity the very man who attacked me restore