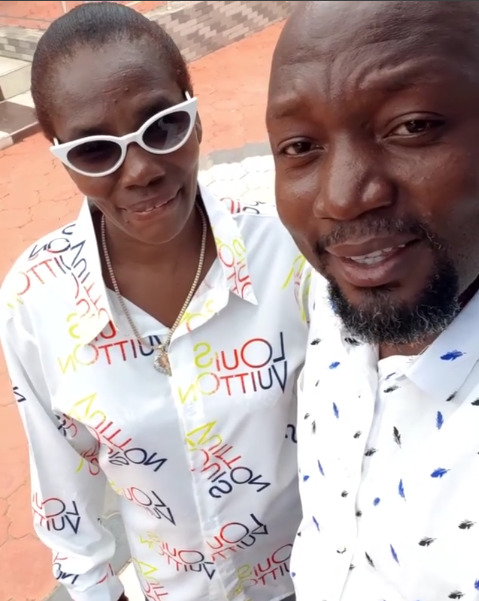 Just when word was rife that Mama Dangote and her young lover were no more, the two have come out to trash the reports – all smiles and matched up.

The aging granny had seemingly had differences with Uncle Shamte some 2 months ago, no longer uploading photos while together and sending cryptic messages our way.

She advised the masses to be careful not to lay their trust and happiness in mortal beings because they would eventually get disappointed. 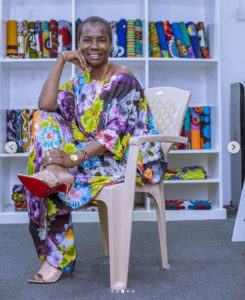 Mama Dangote insinuated she was no longer an item with her young man and that they were no longer sleeping under the same roof.

However, in a recent online update, Sandra shared a short clip with her significant other, both all smiles and taking quick sensual glances at each other.

Shamte revealed they were on their way to pay Esma Khan a visit. 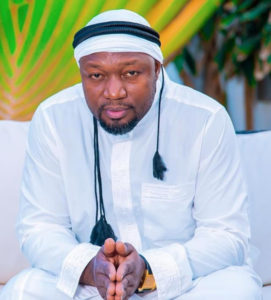 The two proudly called out individuals who thought they are jobless and always lazy around. 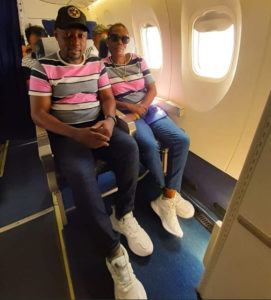 Donning designer clothes, simple but rich in taste, the lovers laughed their hearts out at trolls who always attack them but come out with nothing at the end of the day.