Mbosso can make it without Wasafi. Want to know why? Mbosso is one of the wasafi artists whom if we access keenly, he can make it without being in wasafi. As compared to the others whom include; Harmonize, Queen Darleen, Rayvanny and Lava Lava. The WCB Wasafi in which Diamond Platnumz is the director, has helped the latter sell their music into the industry for a long time now. 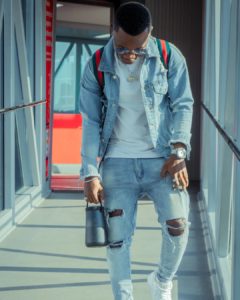 Being a stepping stone from the yamoto band, Mbosso has soothed many with his love music which is beyond art. The artist passion and dedication to his music has enabled him earn a number of fans, all over the social networks   and subscribers on his you tube channel.

Reasons why Mbosso can stand alone even without Wasafi

A number of songs the artist has sang a lone with no collaboration as compared to Diamond. Besides all his solos he’s captured lots of fans and viewers on his you tube channel. A song like Nipepee (Zima Feni) attained 1.7 M views being a solo. Others being ‘shida’ which also did well amongest many. The latest live performance at Ukunda, Mombasa also did proof how Mbosso has really risen beyond heights. Amongest his few collabos which he’s done with Kenyan artist also have attracted lots of support from Kenyan fans.  Taking a song like ‘Mastory’ which was a love song elaborating the beauty of girl in collaboration with the kenyan artist Gabu. Another hit was the ‘Pole sana’ featuring him with Otile Brown and also ‘Futa’ featuring Bahati.

Wasafi has been a real stepping stone to Mbosso, but the far the artist has struggled to be this far. He definitely can and will make it on his own now. We may never know the plans he has for now but it will not be surprise him leaving, and going above set heights to set a better record.

More so his music is more sensible pointing what many relationships undergo so why not? Many youths got his back and he’ll definitely make it independently.