Mbosso is a bongo musician whose real name is Mbwana Yusuph Kilungi Jr. He was born on 3rd October in Kibiti, Rufiji to a mother who is a farmer and a father who is a tout in Kibiti. His father is called Yusuph Mbone Kilungi while his mother is known as Khadija Salim Kilale.

Despite the hardship he says his parents supported him and educated him until he finished the high school level. This according to a documentary done by Mbosso titled ‘Life of Mbosso” and was produced by Wasafi Records.

After High school he convinced his parents to allow him leave home and go to Dar es Laam and try his luck in Music.A stance that they hesitated for a bit.

Just like any typical African  parent, his parents wanted him to study if he was to have a better chance to life.

He later left home for Dar es Salaam where he began his music career. When he got to Dar, life was not rosy as he had thought before leaving home.

As he kept his hustle one of Tanzania’s biggest producers Mkubwa Fella Identified him  one night picked him up from the streets. Mkubwa Fella teamed him up with a Mkubwa na Wanawe band  which he was managing that was later called Yamoto Band. 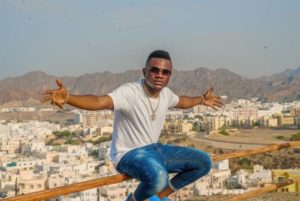 Working together with Aslay, Enock Bella , Mbosso  and Beka Flavor,Yamoto band became a sensation for 4 continuous years.Unfortunately they separated after irreconcilable  issues cropped up.

According to Mbosso he went back home after hitting rock bottom, but fortunately he was once again taken back to Dar by Wasafi’s artist  Rayvanny . This was after several friends who trusted in his talent  tried convincing him to go back.

After a while he was signed under Wasafi Records where before being unveiled he had to work on his solo album.Things were tough but  Mbosso did not give up.

As I write this, Mbosso has done several songs that have been received well in East Africa and they include,Watakubali,Nadekezwa,Hodari,Nipepee,Alele,Nimekuzoea,Picha yake, Shida as a solo artist and few collaborations too.

Mbosso has also kept his love life off the media.However he says he has two children.According to the documentary,his song Watakubali is a true life story of the lady from a rich family who truly loved him but their difference in life status was hindering the relationship.Whoever the lady is, Mbosso will not be revealing her anytime soon.

He recently bought a house for himself and you’d see his humilty in the caption he put on the post on his Instagram post of the house.

Below is the Documentary of his life.Watch and tell us what you think.