Meet 24 Year Old Master’s Student, Maxwell Mitei Who Is Aspiring To be The Youngest Senator 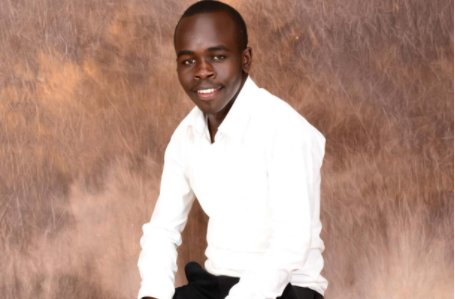 The political scene is on the verge of being taken over by the youth; who are actively participating in the political arena. The disenfranchisement of the young people is progressively changing and this is why young leaders like  Maxwell Mitei Kon’geluk are up in arms to take on politics.

The 24 year old started off small as a a commissioner in the University of Kabianga student electoral commission in 2018.

Vied for Finance Director post as a young second year chap and came narrowly second in a historical campaigns behind Brian Jumason Bwire.

The young lad already has papers to expedite his political ambition and has already contributed to Uasin Gishu’s development.

He has a Bachelor’s Degree in Literature and Linguistics and is currently pursuing Masters in Linguistics, Media and Communication

He is also Director of Ramaxco Ltd a company dealing in Road and Building Works; and has delivered several projects including building classes in four schools in Uasin Gishu to full completion.

When asked about his inspiration, Maxwell stated;

”My goal is to change the lives of the ordinary Mwananchi. For long I have seen the common Mwananchi suffer. Their voices are rarely heard. Students dropping out of school because of lack of resources. I also would like to be part of a devolution enabling team providing for legislation that would see more resources get to the grass roots. Simply I want to be the voice of the many who are rarely heard. ”

He adds that his role model; Martin Luther King, continues to inspire his political ambition;

”I would say Martin Luther is my role model. Posthumously he continues to inspire me. The main reason being the fact that I hold a vision similar to his. A better country United with equal opportunities for everybody irregardless of where they have come from. One where the son of commoner and the youth are empowered and given the chance to achieve their potential. The belief that we can build ourselves and reach the tomorrow of our dreams. A country devoid of any form of rifts. Where we’re stand as one despite belonging to varying ethic, religious or socioeconomic groups.”

Kartelo steps out of his comfort zone, blesses fans with new entertaining content