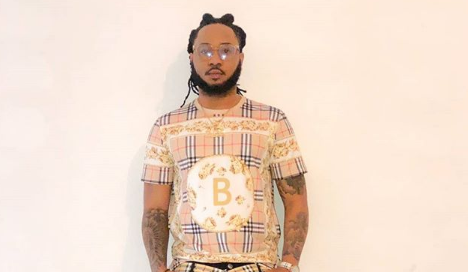 It’s not often that you hear about Sierra Leone musicians, especially if you are from East Africa but there is an artist who is keen to change that and his name is Musah Conteh, alias Muzay Man.

The Sonkoh Sonkoh hitmaker was born in Freetown, the largest city in his country and he officially began his music career in 2007 when he released his first single dubbed Me Life.

Locally, Muzay Man says he has a lot of respect for Brian Ouko Omollo, better known as Khaligraph Jones as this would help him penetrate the Kenyan market.

He also has his eyes set on working with Tanzanian star Abdul Naseeb Juma and this he believes will help him in in increasing his reach in the East African region as a whole.

I really admire Muzay Man because interestingly, although he began as a footballer, today he is one of the most promising artists of the region and has won several accolades including the prestigious AWOL music award.

Watch his latest jam dubbed Marade Am below and tell us what you think.