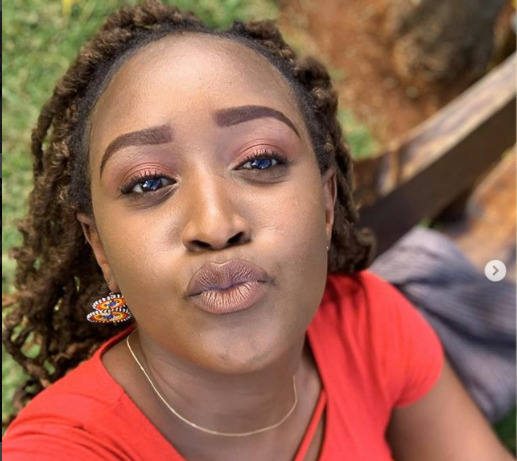 Betty Kyallo’s younger sister, Mercy Kyallo has got online detectives working day and night to uncover her bae’s face, who might have probably succeeded.

Recently, Mercy was spotted enjoying her 4/20 with a guy whom she seems tight with. Dancing to the beats, the two were getting down together in her new house.

The guy however has his hood on, that quite hides his face from the lens.

Curious fans tried to get Mercy to give in and reveal her guy but that never worked.

How did you celebrate in your household?

Next clip, the two are spotted doing some home workout together and this time around, he has his cap on and looks away, in what seems like a move to conceal his identity.

No lie, the duo is giving fans sleepless nights, commenting:

forevernaz Through thick and thin

antony_kenya This nigga is somewhere hiding in this comments. I can smell him

adikinyi6 Ficha tu uso 😂😂😂😂..kiliman and chit chat are coming for him 😂😂

A curious fan decided to play paparazzi and through popular vlogger Edgar Obare, time took them back to 2018.

Mercy had apparently posed in a photo with some guy who was roughly of the same height with the current one.

Also slimmer, darker and taller just like the guy in Mercy’s recent videos.

Early September 2018, , during her birthday, Mercy was spotted sitted next to this guy, as she sipped some wine. 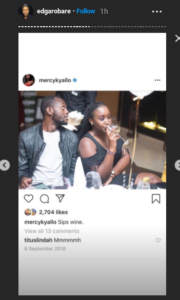 Thereafter, the guy and Mercy were also spotted in some chilly-looking place, posing next the beauty under the caption:

A happy birthday to you chiq @mercykyallo .

For the couple of years i have seen you make…. 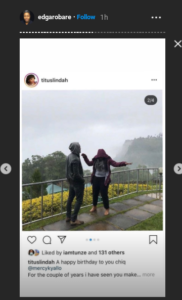 And in yet another post, the same guy was spotted having sat next to Mercy during her exclusive celebration as they dined and wined at Kiza Lounge in Kilimani, Nairobi. 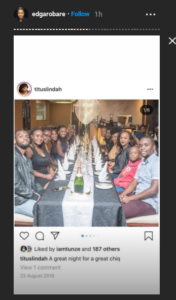 Well, you be the judge!