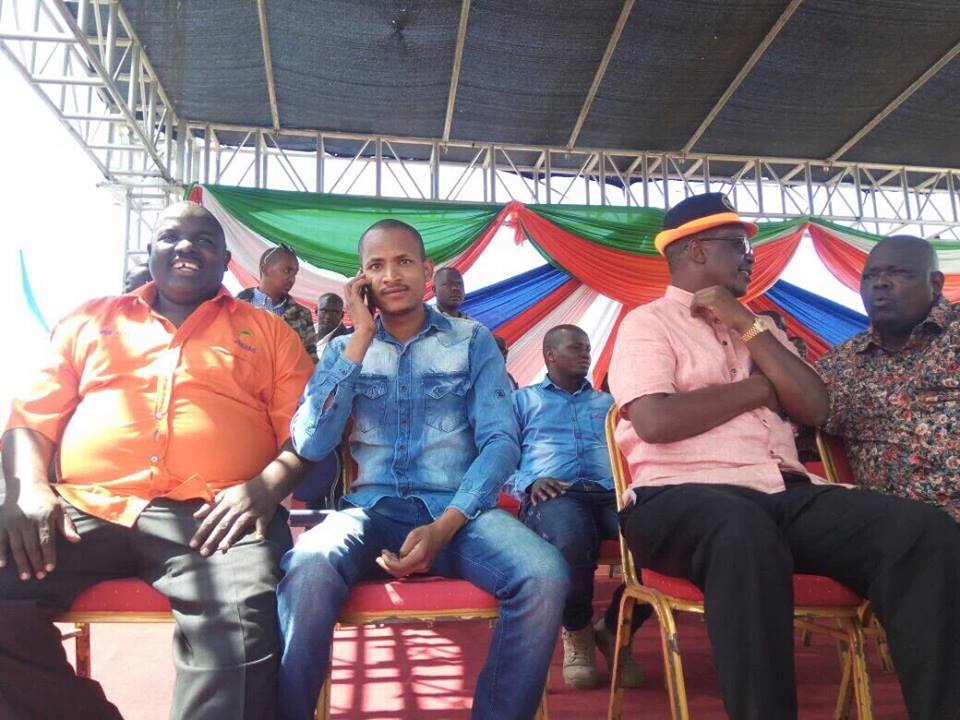 Controversial Gatundu South MP Moses Kuria has opened up about plans to have Raila Odinga placed under house arrest if he doesn’t participate in October 17th repeat election.

Nasa has maintained that they will not participate in repeat October 17 presidential election if the same people who rigged August 8th election are still in office.

Raila and other Nasa principals on Sunday 17th September told their supporters at Jacaranda Grounds that the only way they would participate in October 17th repeat election was if IEBC meets their irreducible minimum reform demands.

Gatundu South MP Moses Kuria revealed plan to tame Raila in the event that he doesn’t participate in October 17th repeat election. Kuria took to Facebook on September 17th 2017 to reveal that Raila will be put under house arrest just like his father.

“Jubilee #WembeNiUleUle rally at Mwiki, Kasarani today. #MbeleIkoSawa. If Raila tries to stop us from voting on 17th October, we will place him under house arrest just the way we did to Jaramogi,” Moses Kuria wrote. 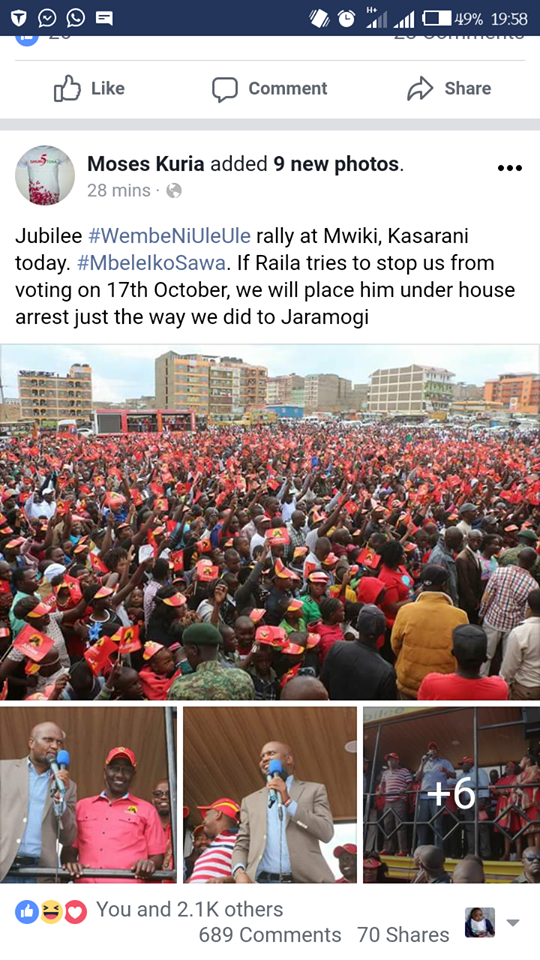 Embakasi East MP Babu Owino was quick to respond to Kuria’s Facebook post, he dared him and his bosses to excute their plan.
“Moses Kuria I dare you & your bosses to place Rt Hon Raila Odinga under house arrest if you are real men,” wrote Babu Owino on Facebook.